Fantasia 2019 Review: SADAKO Goes Back to the RING Well, Brings Up Fresh Ideas 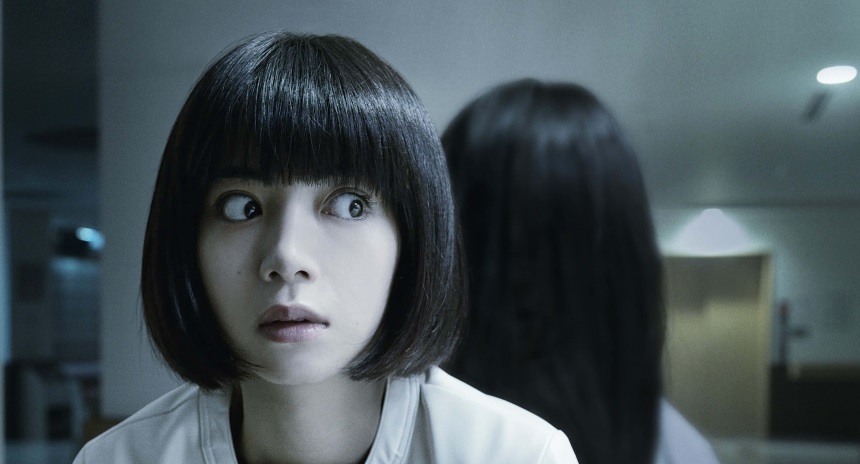 For thew opening night of Fantasia 2019, the festival goes back to the well - and its roots - with the North American premiere of Nakata Hideo's Sadako. A return to the iconic Ring (Ringu) series Nakata kicked off back in 1998, Sadako brings the tale into the modern day with new technology to complement old school mystery and scares. The result will feel like a warm hug to Ring fans, who will quickly recognize the deft touch of one of Japan's modern masters of terror.

Psychologist Akikawa Mayu (Ikeda Elaiza) works at a hospital with a brand new juvenile resident. A girl named Sadako (Himejima Himeka ) is the only survivor of a recent deadly apartment fire. Sadako was raised in a secret closet in the apartment, kept away from the outside world by a mother who believed her to have special powers, but her secrets go much deeper than that.

Meanwhile, Dr. Akikawa's brother Kazuma (Shimizu Hiroya), an aspiring YouTube personality, has begun to see the popularity of his Fantastic Kazuma channel flag after his dumb stunts become outdated. A little research shows him that the newest trend is breaking into spooky and haunted locales, so he decides to find one nearby to get him back in the limelight. Lucky for him, a recent deadly apartment fire occurred not too far away, perhaps you can see where this is going.

When Kazuma disappears during his stunt, Dr. Akikawa turns detective to try and find him and figure out what happened. Back at the hospital, Sadako is acting strangely and people around her begin to meet their demises in very unusual ways. Akikawa discovers that it's all connected, but it's going to take a team to figure this one out, and not everyone will get out alive.

Very few Japanese filmmakers can boast the kind of career that Nakata Hideo has carved out for himself. Beyond directing the first two Ring films, he also directed the critically acclaimed Dark Water, each series being so successful that they led to American remakes. After the Ring Two, the series kind of went off the rails without him with a pretty decent prequel in Ring 0, but several pretty awful sequels and spin-offs in the ensuing years (Sadako 3D is better left forgotten). With Sadako, Nakata brings his touch back to the series in a way that fans of the original will definitely appreciate.

Sadako is definitely more about the atmosphere and mystery than about sudden frights or gimmicks. Nakata and screenwriter Sugihara Noriaki have retained the investigative aspects of the original Ring while adding in elements, like the sudden rise of YouTubing as a career path, that effectively bring the concept up to date. At under a hundred minutes, Nakata does not mess around, managing to deliver the goods without resorting to jump scares to keep the audience awake. This is an old school J-horror throwback from one of the originators of the form.

For those fans wondering how exactly this film ties into the Ring franchise based on the synopsis above, don't worry, Nakata has you covered. Our young Sadako isn't the only mysterious girl in the mix, and Nakata tosses in a terrifying wink or two to those Ring enthusiasts who pay careful attention. Sadako is a fun supernatural adventure with more twists and turns than your average horror film and a extended mythology just waiting to be explored. If there is a more perfect way to open this year's Fantasia than by throwing back to this gem from the 1999 iteration of the festival, I don't know what it is.