A Liquidator's real story after he survived Chernobyl 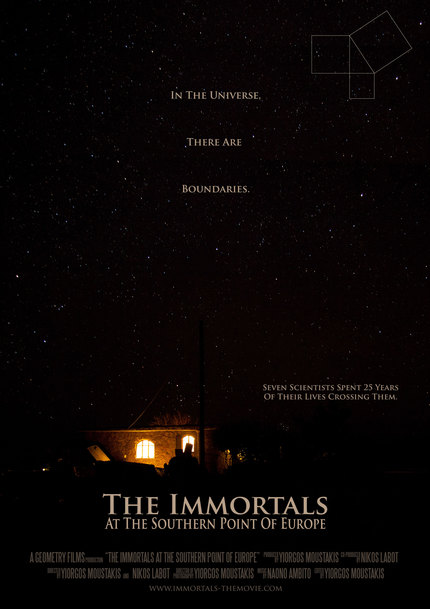 In 2010 I found out about a group of Russian scientists that did some weird stuff on a remote Greek Island. The same year I met them and decided I am very interested in the "weird stuff" they did. I wanted to know more and I wanted to share this information.

Out of this experience a documentary was born.

In the Aftermath of the Chernobyl disaster and the "death" of the Soviet Union, a team of Russian scientists seeks "immortality" on a tiny Greek island and in the philosophy of Pythagoras. Along with a survivor of the disaster, the nuclear physicist Andrei, as their leader, they create a commune on the island and establish there an esoteric school. The film presents the development of their ideas and their adventurous relation with the local community, as it is now Greece's turn to sink inside its own big crisis. A quest for certainties in an era of total uncertainty.

The film was screened in various festivals and was very well recieved. It was also sold to several national TV channels. Even though it was produced with a very small budget, I have still not recouped the investement.

Now the film is available to stream on demand online: https://vimeo.com/ondemand/immortalsdocumentary

If you like the trailer and are a bit curious to find more about these guys, please consider renting the film to support my work.

I hope you enjoy it!