Sophie Turner is the focus of Simon Kinberg's directorial debut as the X-Men saga comes to a conclusion (again). 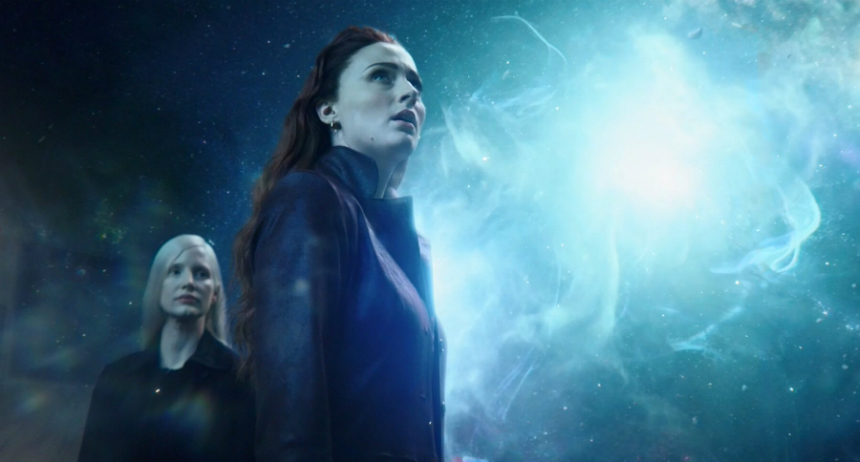 To begin, I'm torn between making note of a big-budget, feature directorial debut and addressing the conclusion of a long-running superhero series. As it happens, those conflicting impulses also neatly summarize Dark Phoenix.

The story's origins date back to the Uncanny X-Men comic book series in 1976, written by Chris Claremont -- who gets a cameo here -- and has been referenced previously and/or explored in the live-action X2 (2003), X-Men: The Last Stand (2006) -- cowritten by Simon Kinberg -- and X-Men: Apocalypse (2016). Now the story takes center stage and, with all that potential and all that prelude, it's not very memorable.

Thoroughly swamped with the often colorful visual effects, Dark Phoenix is lightly entertaining, although it's been (mostly) stripped of any deeper meanings. That sets the film apart as a lesser complement to Bryan Singer's X-Men (2000), which effectively showcased the dangers of prejudice and discrimination; Matthew Vaughn's X-Men: First Class (2011), which brought an edgier, early 60s pop vibe to the affair; Tim Miller's Deadpool (2016) which subversively introduced super-violence and snarky humor; and James Mangold's Logan (2017), which contemplated superhero mortality. 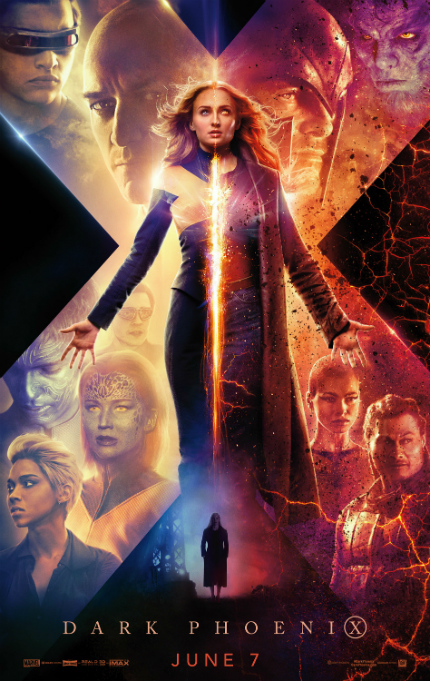 Stepping into the director's chair, as well as writing the script solo, this is Kinberg's ship and the results are not terribly surprising: Dark Phoenix is very smooth, very professional, mostly logical, and quite anonymous. Kinberg makes a few allusions to the #MeToo movement -- "Shouldn't it be X-Women?" says Raven (Jennifer Lawrence) at one early point, given the higher number of times mutant women had saved mutant men -- but in the ensuing action, only one principal character (who meant well) is held somewhat accountable.

By one-screen title, we're told that the action mostly unfolds in 1992, though there are precious few details, or even joking references, to that era. (Perhaps the budget was largely earmarked for visual effects, rather than period set dressing?) When the action truly gets rolling in the third act, the scenes are chopped into tiny pieces, which does little except make the action virtually incomprehensible and invites disengagement.

All the actors work hard to emote in their generally underwritten roles. Underneath his blue-furred appearance, Nicholas Hoult fares best as Hank McCoy; Hoult knows how to suggest rather than tell, which really helps here. Sophie Turner has the key role as Jean Gray; she certainly can shed tears and look angry. Jessica Chastain is the Big Blonde Bad, which sums up her character as well.

Without ever provoking any great responses, either positive or negative, Dark Phoenix is a middling affair. It's ... fine. Help yourself.

The film will open in theaters throughout the known universe on Friday, June 7, 2019.