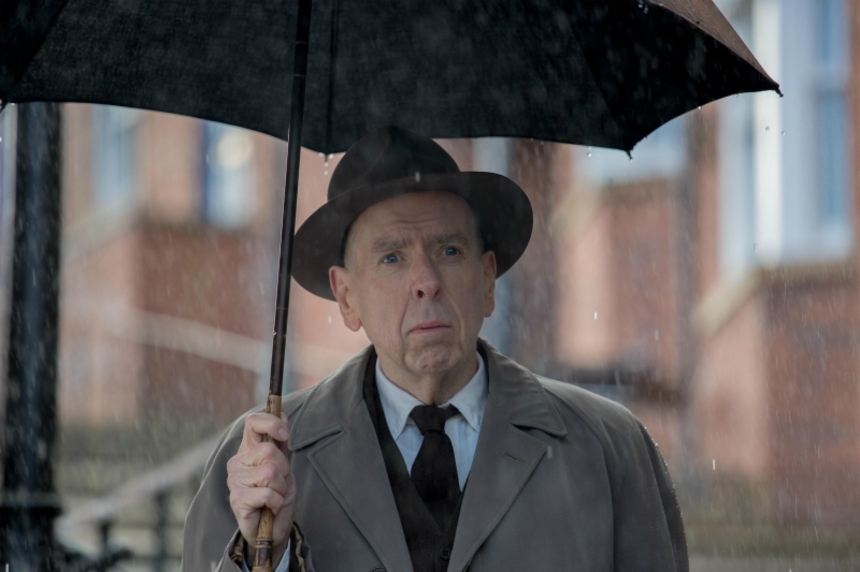 Timothy Spall has already enjoyed success in the role of a renowned British artist, having stepped into the shoes of revolutionary painter J.M.W. Turner in Mike Leigh's 2014 biopic Mr. Turner.

This time the actor is tackling the life of L.S. Lowry, an artist famed for tackling the industrial cityscapes of England's northern towns with his distinctive 'matchstick men' style of figure painting. The film, Mrs Lowry & Son, explores the relationship of the artist with his mother, played by fellow acting great Vanessa Redgrave.

Set to play out Edinburgh International Film Festival as their Closing Night Gala on 30 June, you can see a clip from the film below.

This is the beautiful, delicate, intimate and amusing story of the brittle but vital relationship between L. S. Lowry, one of the greatest artists of the 20th century, and his bedridden, unhappy and controlling mother. Engrossing and entertaining, Mrs Lowry & Son offers up a veritable masterclass in acting, with Vanessa Redgrave and Timothy Spall spellbinding as a mother and son separated by art and ambition.

Lowry (Spall), not yet established as an artist, works as a rent collector, walking the streets of Salford, mixing with factory workers and observing the town closely. In the evenings, he takes art classes and paints until the early hours of the morning. He is resolutely loyal and well mannered towards his bitter mother, Elizabeth (Redgrave), who tries to dissuade her bachelor son from pursuing his artistic ambitions and never misses a chance to tell him what a disappointment he is to her.

Adrian Noble’s wonderfully observed film gently reveals how Lowry’s snobbish mother is the obstacle preventing him from fulfilling his artistic ambition, as he desperately tries to create something (whether it be dinner or a painting) that might make her happy. This lovely film is punctuated by delightful moments of humour, as it depicts the impact a bitterly obsessive mother had on one of this country’s greatest artists.