Drink Along Review: Booksmart – Superbad at anything other than studying ! 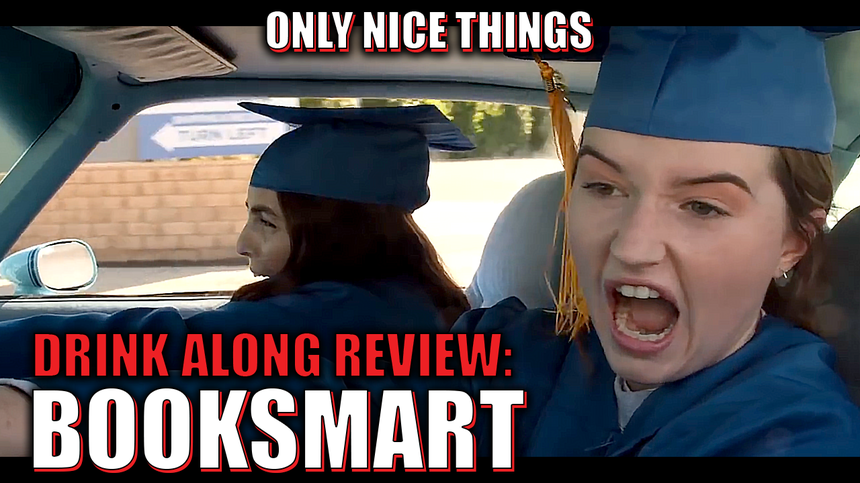 Booksmart recently released and it’s also making the rounds at several smaller theaters in the NYC area. This is hands down one of the funniest films I’ve seen in a long time which is quite surprisingly because it’s also a teen comedy from first time director Olivia Wilde. What happens when you realize you’ve spent your whole high school life with your nose in the books and never got out to have any fun? Find out as Amy and Molly decided to go to the end of year party and let loose. Despite my love for this film, how many times did I have to drink discussing it…?

For the review, I was influenced by the DVD release of the Japanese zombie movie, Wild Zero. A special feature on the disk was a drinking game that prompted the viewer to take a drink any time certain stipulations appeared on screen like fire shooting out of something or a zombie's head blowing up. This always followed me and I finally got a chance to incorporate that aspect into what I call a drink along review. I take a drink anytime I say something negative about the movie and a beer bottle will pop on screen prompting you to do the same.

Grab a beer and your bestie and watch the drink along review HERE.