They may not be terribly prolific, but when Grindhouse Releasing announces a new release, it's definitely worthwhile to listen up. Grindhouse, purveyors of quality horror and exploitation cinema since the late '90s, have recently announced that they've completed a 4k restorations of Umberto Lenzi (Cannibal Ferox, Spasmo, Eyeball) Eurocrime classic The Tough Ones, also known by the incredibly badass title, Rome Armed To The Teeth.

This upcoming Blu-ray will not only include the brand new restoration, but also a host of special features including an audio commentary from Eurocrime expert Mike Malloy, interviews with many of the cast and crew, Roberto Curti liner notes, a CD of the soundtrack and much more! This 3-disc set is going to be a scorcher! The first 2,500 copies will also come with a specially created "custom 30-caliber bullet pen", so get your orders in soon!

Below you'll find the full details along with a trailer to give you a taste of the insanity of this true gem of Italian gonzo action cinema.

HOLLYWOOD, Calif. – Grindhouse Releasing is proud to announce its long-awaited special edition Blu-ray release of Umberto Lenzi’s THE TOUGH ONES (ROMA A MANO ARMATA). The deluxe 3-disc set arrives in stores on July 9, 2019 and is available now for pre-order exclusively at Diabolik DVD:

Lenzi, the legendary director of CANNIBAL FEROX, kicked off the Italian police film craze with this hyper-kinetic, ultra-violent, brain-blasting action thriller. Maurizio Merli stars as an Italian DIRTY HARRY, punching and shooting his way through the sleazy drug, sex and crime infested cesspool of mid-'70s Rome, on the trail of a sadistic, machine gun-toting hunchback, played by Tomas Milian (star of THE BIG GUNDOWN).

Hailed as “one of the most gonzo, over-the-top Euro crime films you’ll ever see” (American CInematheque), THE TOUGH ONES has been one of Grindhouse Releasing’s most requested titles for many years. Company founder Sage Stallone originally acquired the film during a trip to Italy in 1996.

“THE TOUGH ONES was a very favorite of my late partner Sage Stallone,” says Grindhouse Releasing co-founder Bob Murawski, the Academy Award-winning film editor of THE HURT LOCKER, Sam Rami’s SPIDER-MAN 1, 2, & 3, and Orson Welles’ THE OTHER SIDE OF THE WIND. “Sage absolutely loved this movie and wanted everyone to see it. Our friend Umberto Lenzi was extremely proud of this film and was overjoyed when he heard that we had acquired it. As was Tomas Milian. I'm sorry they are not here to see this deluxe edition release.”

Boasting a state-of-the-art 4K transfer of Lenzi‘s uncensored director’s cut, the new Grindhouse Releasing edition of THE TOUGH ONES includes an incredible slate of special features (see below.) In addition, the first 2,500 orders will include a limited edition .30 caliber bullet-pen emblazoned with the TOUGH ONES logo.

GRINDHOUSE RELEASING presents THE TOUGH ONES

- Mastered in eye-popping 4K resolution for maximum detail and impact

"One of the most gonzo, over-the-top Euro crime films you'll ever see."

"Containing little idealism and much violence for the sake of violence...director Umberto Lenzi keeps his action, cast and cameras moving along at a fast clip."

"The quintessential ‘Polizieschi’ movie. It has all the ingredients necessary – Alfa Romeo cars, stereotypical bad guys, angry ‘beat the system’ cops and lashings of over the top violence." 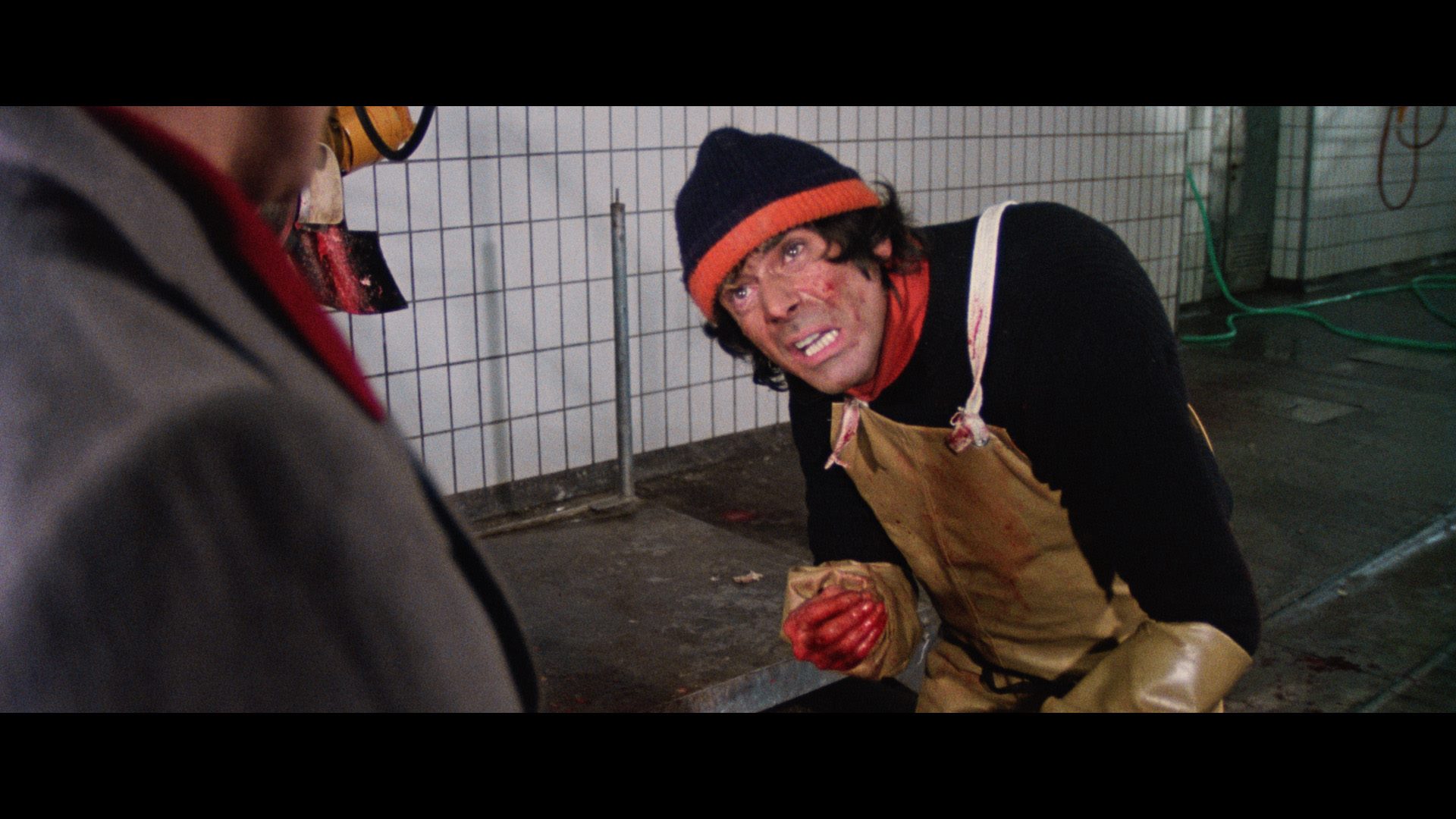