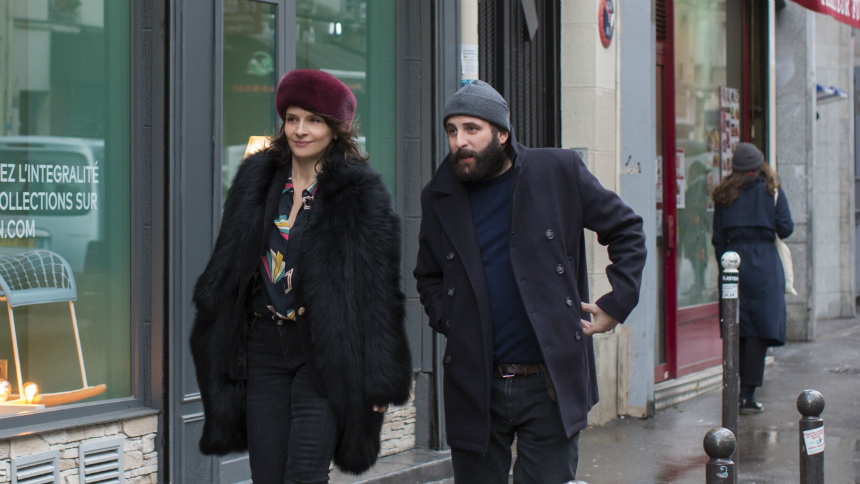 "More people read my blog than my books," decries one of the characters in Olivier Assayas's latest film, Non-Fiction. The response from another is, that those blog readers are more likely than anyone else to buy those books. And a third response, people just like free stuff.

After the one-two punch of visually adroit films showcasing the talents of Kristen Stewart, Assayas returns to a more conversational, ensemble, approach here. His upper-middle class characters sit around at dinner parties having conversations, take working meetings in cafes, or are cheating on one another. It is all very French.

It would be easy to dismiss Non-Fiction on the basis of its subject matter. The characters, who work in book publishing, television and politics, spend the bulk of their dialogue debating the transition of traditional media to digital space, hard covers to Kindle, cinema to Netflix, or cafe culture to Twitter. And whether the quality of the content, the good content, is the same, only different in how we consume it.

It would be easy to accuse the writer, director (and film critic) who polished up a decade-old script treatment  -- the film is perhaps even set in 2010 -- of using his characters as markers and mouthpieces in a kind of essay on the subject. But the movie is such a playful, funny display of 21st century manners, paradoxically the old fashioned, face to face kind, that it would be, I think, unwise to do so.

If you focus on the pedantic side of the dialogue, you will miss the Coen-Brothers style (the so-called zesty enterprise) wordplay that has a character railing against one thing at first brush, and then adopting the subject of their ire as if it were always such in the next. Non-Fiction should have as solid a re-watch value as The Big Lebowski or A Serious Man, even if it isn't as flashy in its cinematography or framing.

Leonard Spiegel (Vincent Macaigne) has been writing fiction novels that have been very thinly veiled repurposing of the various affairs and events of his own life. They win prizes, and he has some fans in literary circles, but his publisher Alain (Guillaume Canet) is not convinced that his latest book, Full Stop, is either commercial or great. He lets Leonard down in such a elliptical, noncommittal way that Leonard isn't even sure he was dismissed.

Meanwhile, Leonard is having an affair with Alain's wife, Selena (Juliette Binoche) and trying to get her to convince her husband to reconsider. Selena, a once ambitious actress, is stuck in a police (er, crisis management officer) procedural for French television that pays really well, but is stagnating her even as it is immensely popular in the mainstream.

She knows that her husband is having an affair with one of his young executives, who is responsible for the e-book division of the publishing house. Selena has her reasons (which I will not spoil here, because they are both poignant and hilariously human) for staying with him in spite of this. (Also, very French.)

Leonard's wife Valérie is busy managing the policy and reputation of a progressive Labour politician, who is involved with a scandal involving prostitutes. They are all comfortable in their careers, even as massive transition and upheaval is happing, and that they love to drink and talk at parties. And they all have to deal with their representations on being characters in Leonard's books. Ownership of personal identity, and whats up for grabs for a creator, are also considered.

On a personal note, this subject resonates with me, as my wife gets mad when I take pictures in public of people (sometimes friends, sometimes strangers) without their permission, even if they are great pictures, am I 'stealing' when I post them, am I not stealing if I keep them private for myself? It's a public space, life is happening, can we not capture it as we see fit? The lines are messy in spite of many opinions on the subject.

Like Michael Winterbottom and Steven Soderbergh, Olivier Assayas has a prolific, wildly genre-hopping body of work, and his films are often double as critiques or meditation of the styles and history of film. He yanks that right to the forefront in Non-Fiction.

He takes key moments from the cinema of Bergman, Visconti -- the last line from The Leopard is the core idea, "If we want things to stay as they are, things will have to change" -- and mines comedy gold from, of all places, Michael Haneke. And, seriously, who doesn't like a good Haneke joke!

Assayas even goes full Ocean's Twelve with character and celebrity, repurposing the Julia Roberts moment in that film with Ms. Binoche. As a quick aside, the European title, Double Lives, is the better one. And yet, a film about our physical selves and our mirrored digital selves seems apt to have two titles for two markets. As a further nerdy aside, Non-Fiction is a very loose, naturalistically framed movie that feels improvised, obviously the perfect kind of thing for shooting digitally with lots of takes and coverage.

But Assayas not only shot it on 35mm Kodak stock, but also directed the actors in a very scripted and precise way. The production nuts-and-bolt choices echo the subject matter of the film, which for me, prevent any notions of labeling this one 'slight.' (Again, recall, if you believe them, the Coens and John Goodman claim that every "um" "ah" and stutter in The Big Lebowski bowling alley scenes is in the both script and that the brothers were counting them on set.)

The resignation and penchant for treating these ideas with comedy (instead of fear) is, in itself, a subtle approach to the fact that the next big thing is at its core, the same basic thing that has been around for ten thousand years: human nature. Which is earnest, manipulative, funny, desperate, pathetically egotistical and occasionally warm, generous and self-aware. The more things change, the more they stay the same.

Review originally published during the Toronto International Film Festival in September 2018. The film will open in select New York theaters on Friday, May 3, 2019, and in Los Angeles on May 10, presented by Sundance Selects (more information here). 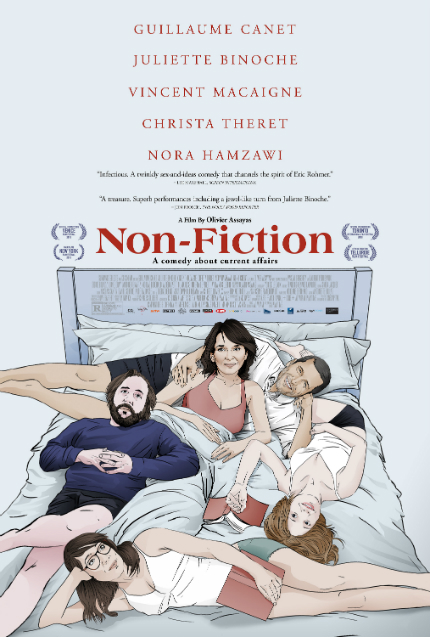