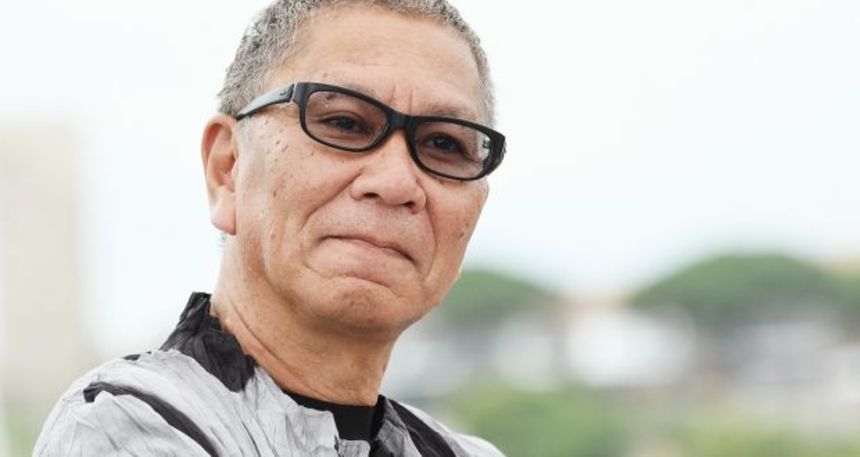 Well, it was bound to happen. If Takashi Miike made enough films - I think he’s well over 100 - he would eventually stumble into a project that, in addition to bearing typical descriptors like brutal and ultraviolent, might just make room for adjectives like romantic and even touching.

While these are naturally the last feelings one might expect from the director of Ichi The Killer or Audition, make no mistake, Miike’s First Love, which recently premiered in Cannes’ illustrious Directors' Fortnight program, is a modern Valentine’s Day classic for the depraved that absolutely warms hearts while still managing to decapitate heads - no easy feat, I’m sure.

As a Torontonian raised after dark at TIFF’s legendary Midnight Madness program, I've seen so many Miike flicks since my first unforgettable look at Gozu in 2003, it’s become easy to take the pulp maverick for granted. But to skip First Love would be a fatal mistake. Not since True Romance, and Bonnie and Clyde well before that, has a film offered such a dreamy bloodbath, which surely must be a first as far as the Yakuza genre is concerned.

With absolutely captivating performances from veteran Japanese heavyweight actors and newcomers alike, First Love is a scintillating up-all-night experience that is sure to please all - possibly even your squeamish sweetheart, thanks to the film’s incredible characters and performances (particularly from its breakout leading lady, Sakurako Konishi)... even if you’ll still need to instruct your loved one when not to look. This is still a Takashi Miike film after all, and rest assured, many of your favorite characters will indeed be dead by dawn.

I had the great honor of sitting down with Mr. Miike at Cannes for an unexpectedly involved conversation about his latest and possibly greatest film. Enjoy:

Takashi Miike: Thank you. I like the name, “Screen Anarchy”!

I’m from Toronto, so I’ve been watching you come to TIFF’s Midnight Madness since GOZU in 2003.

What was the initial idea for FIRST LOVE? What made you want to make this film?

From the beginning, Toei a big studio firm used to make what was called the V-cinema in Japan, short for video cinema, straight to video genre types of work And they used to make these cinematic works that want to maybe be theatrical. So they wanted to release a film that isn't handled in line with the V-cinemas that they used to do. Because those are films that are not shown in cinemas these days. And in Japanese cinema, we see less and less of the Yakuza characters to begin with.

So, Toei approached me with this idea saying "What do you think we can do? Would you be interested?". And I said, “Well I can actually do that in my sleep.” So we made a plot and these characters - silly sort of characters or people who don't, are not valued, doing something to find their own will. And there’s this encounter between this girl and the boy. And because of the other characters in the film, their relationship becomes deeper. And so a love story was born. We thought that would be interesting. We thought up some plots and then we worked on a screenplay.

It was green lit, but that doesn't mean we were afforded a lot of budget. But, I actually don't mind low budget films, like Gozu, as you mentioned. My films that are being enjoyed by overseas audiences, the common thread seems to be that they're all low budget. But I had no idea that it would be selected for Cannes Directors' Fortnight. And it's not that I was making this film for it. It was more about them not making Yakuza films anymore. But there was a stress I was feeling, because of that, working in the Japanese film industry. And this is not just me, but also the actors as well. We needed to get that frustration out, real quickly. I think the purpose of perhaps making this film was for us to let those frustrations out. That frustration, brought us all the way to Cannes and that's the wonderful part of cinema and filmmaking.

So, the Yakuza… they're of course outlaws, because what they're doing is mostly illegal. But say you have a politician. Maybe you need ten years to tell a certain story. But with a blade and a pissed off character, it can be all done in one night. And it can go in a very unexpected direction. And they tend to end in death or a tragic ending. And it's kind of cool, its something I would never be able to do. Because I know what my weakness is, and I of course yearn for things that I do not possess. So, I think I put my dreams of "I wish I could live my life like this" into my work. So for me, Yakuza in cinema probably, has that kind of a role.

If you have a police man, a workaday cop as your main character, and he's good, he doesn't do anything bad, maybe it's a traffic cop, who has to just, you know, give people tickets or something, or they help the elderly… Is that a film you'd like to see?

Yes, I think so. I'm pretty romantic, as a person. Let's say you fall in love, you have a relationship that you get married and you have children. And of course your life is changed because of that. But even if you are in a marriage, you know, we still can sometimes fall in love. But your family is your priority. And that's me, very boring you could say. That's why I do yearn for people who are able to do what I can't do.

There are films that are very intelligent that try to convey things that people don't have. For me it's different, because it's about me - my films are about things I yearn for, things I feel I don't possess. Those are the films that I make. So, you know if you divide filmmakers into two, I'm of that group. Because I don't have anything I want so much. That's why I'm interested in making different genres.

For three years in a row, on Sunday morning, there's a show for girls between ages 3 and 6 and its a TV serial and I've been directing it for three years. And I really love it. I remember myself glued to the television. I remember those emotions, I think about things that I yearned to see when I was little, glued to the television, and I put all of that into this show. And I was thinking, well maybe I should have a different name, a pseudonym when I do this type of stuff. Well, actually, it’s credited as Takashi, because I think both of them are me, equally me. And it's pretty good and the kids love the show.

So father and daughter have the same favorite filmmaker?

People have already been referring to the film as possibly your most commercial, I wonder how you think the fans are going to react to it. Do you think people might find it unexpected how touching the film is? I personally found it quite moving.

Well, what I was maybe a slightly conscious of was those who don't usually watch Yakuza films. Leo, the main character is played by an actor called Kubota. He's a really popular actor in Japan right now, especially among the girls - the girls love him. And maybe these girls will mistakenly buy a ticket for First Love, thinking it’s something different. They have no knowledge of the Yakuza films, but because of Kubota they may go, "What is this? I hadn’t planned to see this". But as they watch the film, they might think "Yeah, actually, this isn't that bad. And I kind of like this”. Cinema doesn't have to be a certain thing, one way, tight.

It's interesting, isn't it? Because audiences seem to categorize types of films, right? But by the same token, or on the flip side, as filmmakers, there are people who are too cognitive of "Okay, so our target audience is so and so". And I feel that we can change that kind of perception, that kind of conscious. Kubota and his popularity help me in this case. And it wasn't something that was planned. It's more of a organic, it was very organic. I was not trying to make this film commercial. It’s not that I had calculated for the film to be more commercially appealing in any way. But it's true, that because of Kubota, the younger generations way of maybe watching films will be affected. And that it might lead to them buying a DVD or Blu-Ray of Ichi the Killer.

Of course, Enter The Dragon. Which I saw when he was in the first year of middle school, which would be about age 14, 15. I was thinking, “Yeah, I can do this.” For the 13 year old me, it wasn't about wanting to make the film, I just wanted to be Bruce Lee. It's not about studying about cinema as a sort of cultural thing. The boy Takashi in me is just chasing this thing which I will never be able to capture, and that's kind of my filmmaking. So, I don't think I'd ever be able to make a kung-fu film, because there is no Bruce Lee on Earth anymore.

In general, what is your favorite aspect of filmmaking? And as it pertains to First Love, did you have a favorite day on set perhaps?

I really enjoy editing. It's not that I enjoy it the most, it's going through the material because obviously on set you have a vision of what you want to capture. But you have everything from the actors' performances, to the person lighting, the DP. They subvert what I had initially planned which gives birth to something more intriguing or interesting. And that, of course, is exhilarating, it's really fun too.

And with First Love, for the actors, there were many who hadn't done Yakuza characters before. But it's really interesting because when actors get to play outlaws, their energy levels just go wild. They get a kick out of playing these types of characters. And I think that's because actors are kind of outlaws, because to kind of live your life acting, being an actor, is kind of crazy to begin with. So it's probably a dormant part of the actors that I was able to bring out in this film. It was an awakening of the dormant part of the actors that gave vivacious life to the characters. And watching that was really wonderful.

What does Miike Takashi do for fun?

Filmmaking is both a job and a hobby.It’s not even a job. It's been many years since I've been a “professional”. So, this is my profession, of course, because what we're actually doing is serious - drawing storyboards working on plots - but if you watch what we're doing from a distance, you might think we're just playing. And I'm thinking now there are so many filmmakers in the world, why can't there be one like that?

Do you feel this content is inappropriate or infringes upon your rights? Click here to report it, or see our DMCA policy.
Cannes 2019First LoveKubotaSakurako Konishi)Takashi Miike