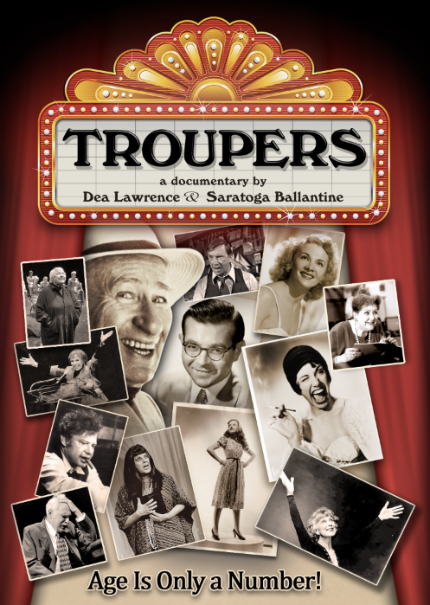 Troupers, a documentary about growing old in Hollywood, proves it's never too late to follow your dreams.

The hit documentary that originally aired on PBS will see a wider release Friday, May 3rd, 2019 from Global Digital Releasing. From filmmakers Saratoga Ballantine and Dea Lawrence, Troupers profiles actors over the age of 80 who continue to pursue their acting careers in Hollywood. From surviving parental disapproval, the dreaded blacklist of the 50's, poverty, divorce, rejection, disappointment, critics, bad acting coaches and decades of auditions, the cast of Troupers takes a humorous and human approach to it all.

Check out the Troupers trailer below:

ORIGIN OF THE SPECIES Exclusive Clip: Robots go to War