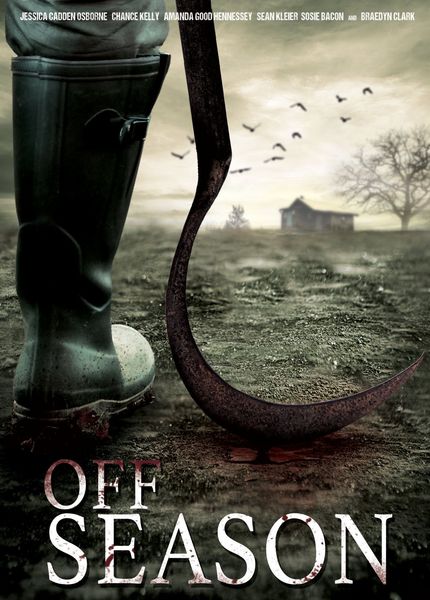 Indican Pictures have announced they will release Robert Cole's indie cult thriller Off Season in 10 theaters across the US, beginning with a New York premiere on March 15, 2019.

Written by Erik Lieblein, the film stars Gotham's Luca Salvagno along with Chance Kelly from the television series Power and Aquarius, and Sosie Bacon from Here and Now.

Synopsis: After working for the summer on Martha's Vineyard, Lena's plans to return home fall through. A local farmer, Kellen, hires her and she forges relationships with her co-workers, his wife Becca, and his precocious ten-year-old daughter Sadie.

At first, Lena's experiences on the farm are welcoming and she strikes a close relationship with Sadie. However, over time Lena senses that Sadie is troubled. When a co-worker goes missing, Lena presses Sadie for answers only to discover that a killer is amongst them...

Check out the film's trailer below: