The Kinoki Film Festival is a yearly celebration hosted by the Universidad Iberoamericana (IBERO), one of the most recognized universities in Mexico.

From March 28 to April 5, the 14th edition of Kinoki will have Brazil as the spotlight country, with a trio of films from different periods: Glauber Rocha’s Black God, White Devil (aka Deus e o Diabo na Terra do Sol), Fernando Meirelles and Kátia Lund’s City of God and Eryk Rocha’s Cinema Novo.

Both actor Jesús Ochoa, better known in the United States for such movies as Man on Fire and Quantum of Solace, and director Alonso Ruizpalacios (Güeros, Museo), will he honored by the festival, each hosting a master class. 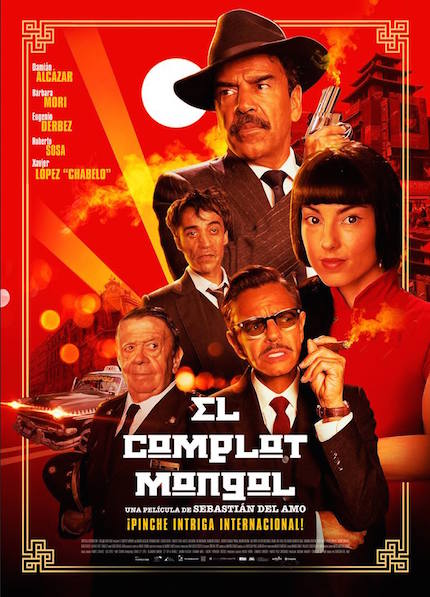 Kinoki will also offer some special presentations of recent Mexican films, including the Mexico City premiere of Complot Mongol, Sebastián del Amo's (Cantinflas) latest and an adaptation of the classic book of the same name by Rafael Bernal.

Other screenings of Mexican cinema include Isaac Cherem’s Leona, already a controversial film within the Jewish community in Mexico after its world premiere at last year’s Morelia Film Festival (its plot involves the love relationship between a Jewish woman and a non-Jewish man), Julio Hernández Cordón’s Cómprame un revolver, which has been described as a mixture between the Mexican Drug War and the post-apocalyptic scenario of the Mad Max films, and Dos veces tú, the sophomore film by Salomón Askenazi, former producer/partner of Isaac Ezban.

As far as Kinoki’s official selection goes, this year is divided in six different sections: National Documentary, International Documentary, National Fiction, International Fiction, Experimental and Animation. It’s worth noting that all of the selected efforts are short films. You can check out the full selection here and more information of the festival at their official site.

The End of Eternity by Pablo Radice (Argentina)

Carta No. 7 by Caroll Viviana (Colombia)

On the Cover by Yegane Moghaddam (Iran)