In its 19th edition, Film Comment Selects provides a showcase for various films from around the world, their contribution to cinema deemed important and vital by Film Comment Magazine's esteemed editors.

This year's lineup includes Steven Soderbergh's High Flying Bird, once again shot on an iPhone; László Nemes' Sunset, his followup to Son of Saul; Flight of a Bullet, a one-take docu into the heart of the Russia-Ukraine conflict; Up the Mountain, Zhang Yang's formally daring portrait of Bai people in Western China; and The Hidden City, a sensory tour of Madrid's underground.

Most of these films in the selection are not what you call masterpieces, but each brings a spark and its unique colors to cinema. This is the reason why I love the series. It keeps me on my toes and makes me giddy with joy because it reminds me time and again, that cinema is indeed a great art form, not because of its consistency but rather its fluidity.

I had a privilege to sample the following: 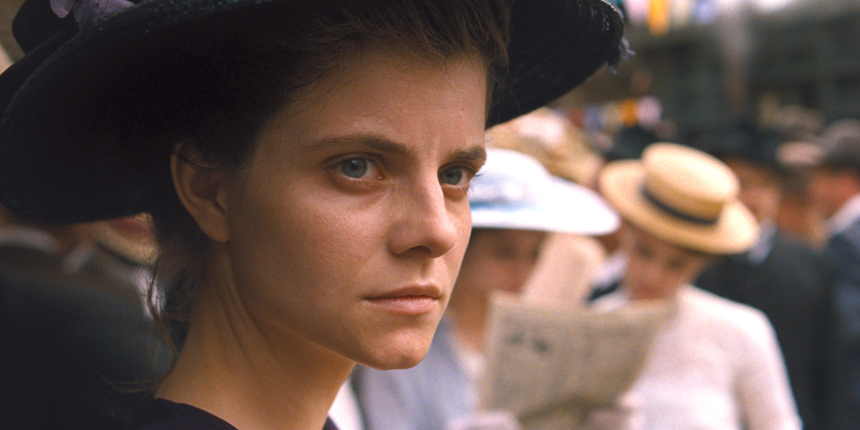 László Nemes' follow up to a haunting holocaust drama Son of Saul, Sunset is yet another period film that is equally brilliant and challenging. It tells a story of Írisz Leiter (Juli Jakab), a young heiress to the famous hat maker parents who perished in a fire. She came to Budapest, to her parents' hat making showroom/shop to get a job as a milliner. But the manager of the shop Oszkár (played by great Romanian actor Vlad Ivanov of 4 Months, 3 Weeks and 2 Days, Police Adjective and Snow Piercer) doesn't want her there, saying the city is not for a country girl like her. But Írisz is determined to stay and find a brother she never knew she had.

The time is the height of Austro-Hungarian empire in the early twentieth century, on the eve of World War I. Soon Írisz finds herself in chaotic social upheaval where dangers and mysteries are around every corner where nothing is what it seems and everything is layered. Nemes keeps his Son of Saul subjective perspective - focusing closely on Írisz on steadicam, following her exclusively. It's a startlingly absorbing theater experience. As well as the visuals, Nemes put an emphasis creating soundscapes that reflects the tumultuous times with off the frame whispers, conversations and ominous soundtrack.

Sunset juxtaposes a society on the brink of self-destruction with setting the film around something trivial and decadent as a designer hat shop. There is something creepy about all the beautiful, young women hat makers preparing for the dance party for the crown prince and princess and be chosen as a personal milliner and move to Vienna. Is Írisz's brother an anarchist bent on toppling Oszkár and the ruling class? Nemes doesn't give an easy answer to any of these intrigue. Instead, he makes us work for it and it's great. 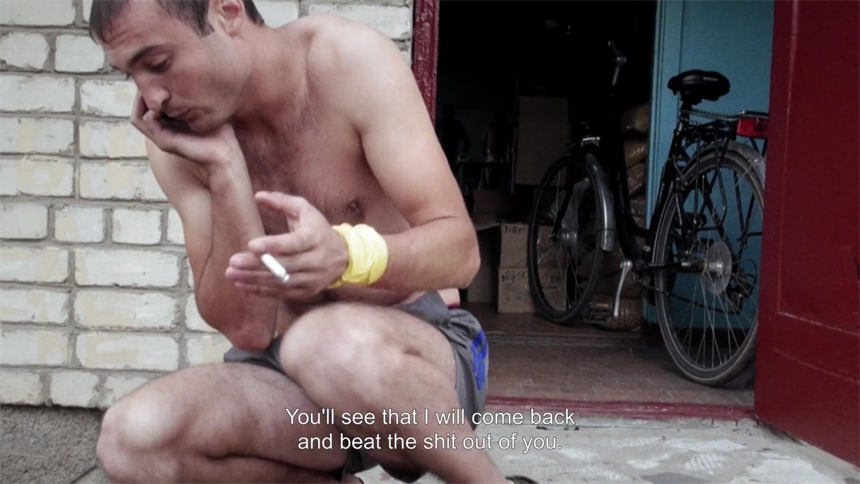 Flight of a Bullet - Beata Bubenec

Flight of a Bullet, an uncut 80 minute footage of a village and its soldiers in Ukraine starts out like a typical political thriller where a innocent civilian gets caught between two factions - in this case Russia backed separatists and pro Ukraine forces, then eases into a glimpse of the effects of war on people, especially on young macho military men in the army barracks where director Beata Bubenec is embedded with.

We see a man taping a partially collapsed bridge. Some bystanders are making jokes and hitting on Bubenec who is behind the camera. The ski masked soldier takes a man into custody with Bubenec in tow, starts interrogating him to see whether he's a separatist or not. It's tense and realistic since it's real. After the intense scene dissipates, Bubenec moves outside and tracks a shirtless soldier on the phone with his girlfriend. He keeps on accusing his girlfriend, threatening violence once he gets home. The banal conversations that goes on through the rest of the film always carries tinge of violence. Flight of a Bullet is an interesting case study of the effects of the war. 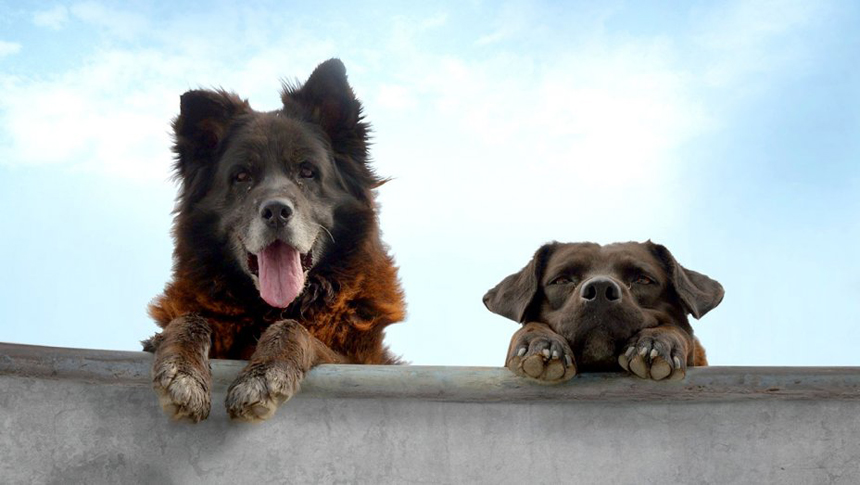 Los Reyes is an oldest skate park in Santiago, Chile. Kids come and go with their skates and hang out. But the documentary focuses on two mangy dogs (Football and Chola) who live in the park and spend most of the time there, chasing tennis balls, napping, barking at cyclists, howling at the passing police sirens. Skaters are only present in voice overs here and there, mostly talking about smoking and selling pot.

Iván Osnovikov and Bettina Perut's documentary is an ode to street dogs. In extreme close ups, we see Football's aging features - matted shaggy hair, bloodshot eyes, teeth ground to the base, fly ridden ears, jagged paws, limping. But Football and Chola are energetic pair and owns the park as their territory. The filmmakers juxtaposes passing of time of dog days with aimless youth growing up and realizing that they have to face the real world in voice overs. Gentle, contemplative and beautiful. 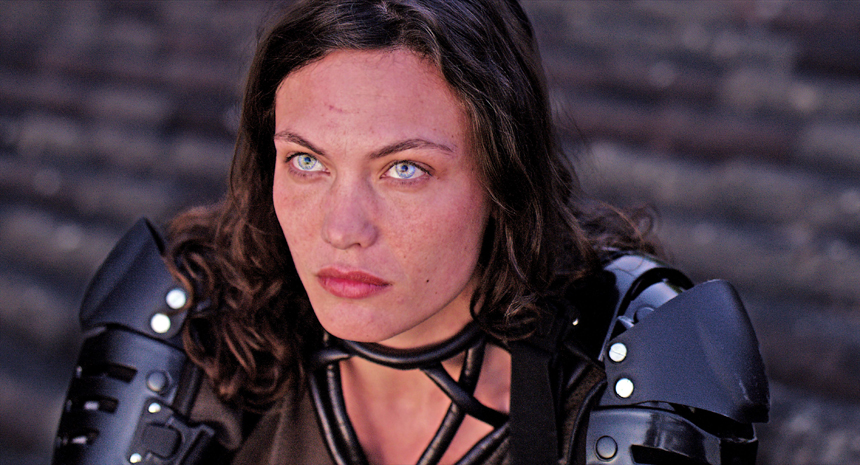 A young man is being chased in the suburban neighborhood. He suddenly lunges into the window of one of the houses. The glass shatters and the man motionless. So starts ultra slick Jessica Forever, a sort of a gamer's answer to all YA dystopia novel adaptations. Jessica (Aomi Muyock, last seen in Gaspar Noë's Love), is a surrogate mother of a pack of orphans all of whom are violent young man. We gather from various brief narrations that these baby faced non-emotive orphans have committed horrible deeds and hunted by the oppressive government forces (in the form of a swarm of armed drones). Jessica is apparently the only one who can calm them down and trying to build a makeshift family out of them by hugging them and whispering to them that everything will be okay.

There are some very nice visually orchestrated scenes and visual effects. But I don't know whether I need to take these hunky boys in kevlar vests and hockey pads, listening to Deathmetal ballads seriously or is Jessica Forever some sort of Verehoven-esque parody and I'm not getting it. 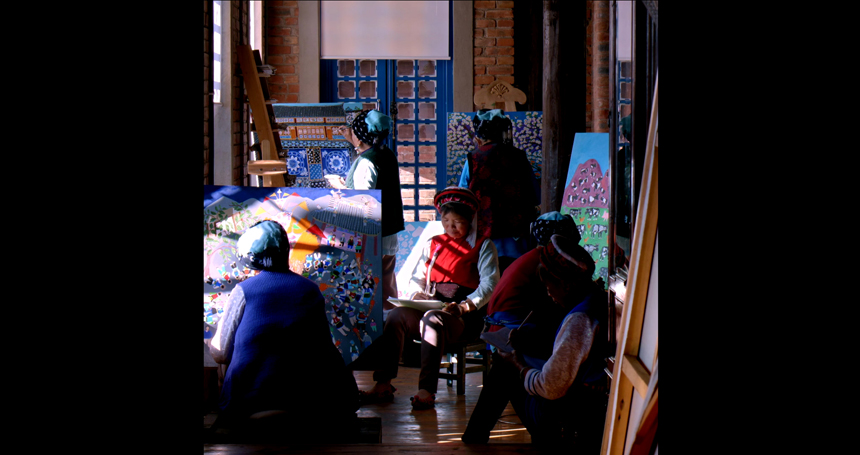 Up the Mountain - Zhang Yang

Gorgeous. Master painter Shen (Shen Jianhua) and his family relocated from Shanghai to Shuanglang, a lakeside village in Yunan Province, Southwest China, some time ago. His modern, airy residence is up on the hill overlooking the stunning view of the lake and the mountains. His art studio is always open to local grannies in their colorful traditional Bai clothes who flock to paint colorful scenes from their daily lives. Painting in his studio for the grannies has been sort of a communal retreat, away from their daily grind and a chance to express themselves creatively. Framed in the same manner as the square canvases used by these painting pupils, Up the Mountain unhurriedly observes the daily routines of the villagers. They tend to their barnyard animals, harvest their crops, cook, paint and chat about their lives.

In that static square with gorgeous nature backdrop, every frame is a work of art. Births, a funeral, a new year's celebration, a wedding occur in this documentary. Master Shen's studio is always busy - there are always people coming and going: they paint, they chatter, they cook and eat communally. You get used to the quiet rhythm of life. Master Shen and his family, even though thoroughly modern, cosmopolitan, somehow fit right in the region where modernization just has begun - many roads are still not paved, ancient traditions still performed. Up the Mountain also reflects on the harmonious side of changing China. 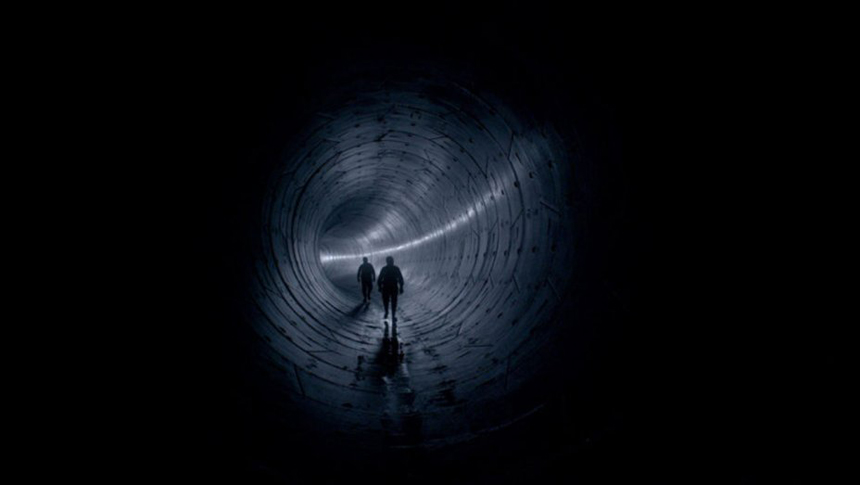 Darkness, then blinking stars slowly appear and fill the screen. Is this another lyrical film that makes you contemplate on our place in the universe? No. It turns out to be an underground system below the streets of Madrid. The stars turn out to be the reflection of the lights on the centuries of filth on the grimy tunnels. The Hidden City starts out with abstract images with familiar sounds of clink-clank of man made machines. And it's oh so dark. It's disorienting at first, the same way human eyes take some time to get used to in the complete darkness. It gets familiar - workers communicating through walkies, subway trains, grainy surveillance camera footage of rats, cockroaches and stray cats, commuters both above and below. The Hidden City charts somewhere between a sensory experimental art film and documentary. Darkness underground often provides truly cinematic shots - a single light source illuminates particles swirling around in the wild air flows, welding flames dance around like a Disney animation. Both beautiful and unreal. 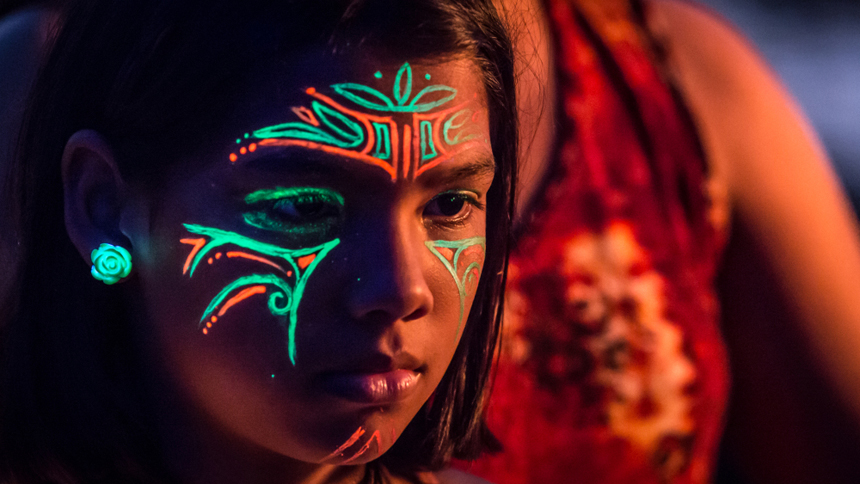 Beatriz Seigner's somber refugee drama takes place in an island shanty town community bordering Brazil, Colombia and Peru. Amparo (Marleyda Soto), a mother fleeing Colombian civil war with her two young children, Nuria and Fabio, after her husband disappeared, arrives the Fantasia island by boat at night. It's a small fishing village with wooden shacks on stilts connected by wooden planks. There, Amparo needs to navigate through the system to get her refugee status, provide school supplies for kids, find a job. Her old auntie tells a story that the island is full of ghosts, living among the grieved. Amparo's husband's ghost appear - eating and communicating with the family. Los Silencios plays out lyrically in making its case for violence stricken community, where they are semi-permanently in limbo stage, where nothing is certain. Mixing professional actors and its real inhabitants in a improvised script, Beatriz Seigner achieves rare authenticity in real life situations and makes a deeper impact.