Interview: Daniel Farrands Talks THE AMITYVILLE MURDERS and THE HAUNTING OF SHARON TATE

Horror veteran Daniel Farrands is releasing two movies in the first half of 2019: The Amityville Murders, 45 years after the DeFeo murders, and The Haunting of Sharon Tate, the latter to coincide with the 50th anniversary of the Tate-LaBianca murders.

Both of these real-life horrific stories have been, certainly, subject of countless other films over the years, so when dealing with extremely well-known source material, Farrands tried to "give a voice to the victims," as he revealed to ScreenAnarchy in a recent interview.

"I wanted to get to know them from my own perspective as a writer first, then as a director," Farrands says. "It was trying to get to know them as people. I wanted to portray them as real people with lives, fears, hopes, relationships, and all the things that made them who they were. To me that was interesting, to start from that. I don’t think that it matters how much time has gone by, I think what matters is that people still remember after all this time.”

Farrands is no stranger at all to the Amityville film world, as he "had done a documentary on this case about 20 years ago, for the History Channel, that I think still airs”, and worked as producer in 2017’s Amityville: The Awakening. Having grown up "on a diet of these films, like The Exorcist and The Amityville Horror, in the seventies and eighties”, Farrands’ new take on the Amityville case is actually close to the first part of Damiano Damiani’s Amityville II: The Possession, as it focusses on Butch DeFeo himself (John Robinson) and his family prior the fatal night in 1974.

"Amityville II: The Possession scared me the most when I was growing up, just in terms of the way it was made, the tone of the movie was really dark. After the family drama, it became kind of an exorcism movie, I stayed away from that but I did wanted to pay homage to the earlier films.

"Casting Diane Franklin [as Butch’s mother, Louise DeFeo, after Franklin played the eldest daughter in Damiani's 1982 picture] and Burt Young as her father again, I just thought it was a nod and made our movie feel grounded in the mythos of this whole thing.

"I wanted to take my hat off to the past. [Farrands even references the Halloween franchise during a sequence set on October 31, particularly the original John Carpenter effort, "when one of the trick-or-treaters comes to the door, he wears a sheet over him but he also has glasses over it like Bob in Halloween”, and Halloween: The Curse of Michael Myers, which he wrote, by "having the grandmother (Lainie Kazan) tell the dark origins of the holiday”]. But also tell the story in my own way”, revealed the writer/director. 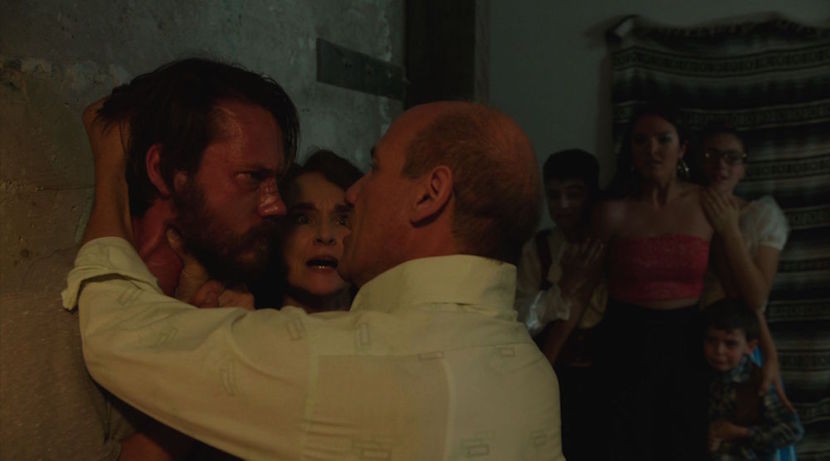 In that sense, The Amityville Murders feels at times like a mundane drama involving an Italian-American family, with the great Paul Ben-Victor (who played Spiros Vondas in The Wire and, in Farrands’ own words, "an intense actor and an intense person… he’s not the crazy person that he plays in the movie but… [laughs], he’s very direct and there’s no kind of bullshit with him") as Ronald DeFeo Sr.

"All of my research for years on Ronald DeFeo Sr., he was a pretty volatile man, regularly abused the kids and the wife, and certainly Butch was the center of a lot of his anger. Remember there’s a scene at the birthday party, he beats his son but then he comes out and he’s smiling, acting like nothing happened. To me that dynamic, of that shame, fear, of oppressing the truth of what’s going on, I thought of it as a tragedy, a really sad story.

"But it was always interesting to me the dynamic of this family and I think that my film tries to present three different scenarios that might have made Butch DeFeo murder his whole family: he being a victim of his father’s terribly abuse, was it driven by his drug abuse? Or three, was there a dark presence that sort of worked in the house and influenced him or even the whole family.

"So then the movie kind of switches between those three ideas, it leans towards the supernatural but also I think it always raises the question of did that really happened? Was he just imagining it? Also, the unanswered questions about the crime, which are how did six people get murdered in a three-story home, in the middle of the night, with a high power hunting rifle and no one would wake up or heard anything? How did never the neighbors heard those gunshots?

"I think those are the troubling questions that remain about that crime. Butch DeFeo, who’s still in prison for his crimes, will never give up the real story because he changes it all the time, but I think it’s more just to kind of look at a family and in a way, it was like my own family. I grew up on the East Coast, first part of my life was spent in Providence, Rhode Island, my family was sort of similar. It felt like something I knew from my own upbringing and it was interesting to portrait that on the screen”, added Farrands.

On the other hand, The Haunting of Sharon Tate is one of the three films that in 2019 will deal with Charles Manson, his followers and their most famous victim, actress Sharon Tate (Charlie Says and Quentin Tarantino’s highly anticipated Once Upon a Time in Hollywood being the other two). 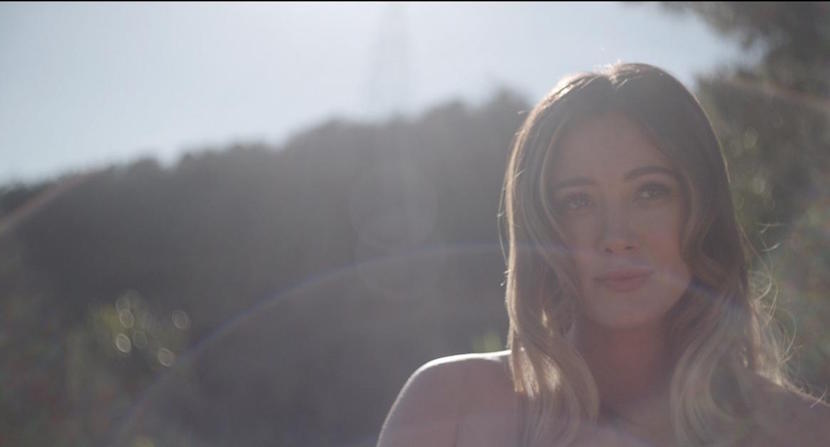 Farrands’ Tate movie also deals with a supposedly true incident, though emphatically denied by Tate’s sister: Sharon had dreams and premonitions of her murder a year before it happened. "I wanted there to be some redemption, I wanted to make a movie that wasn’t about the Manson Family or cult, I wanted to make a movie where Sharon Tate was in control although she was being terrorize.

"I wanted to see that, because I felt like Sharon Tate’s legacy is one that is always connected to Charles Manson and how she was brutalized horribly. Through a filmmaker’s lens, I wanted to twist that story around in a way and ask, what would have happened had she been able to fight back, had she been prepared for this?

"The movie sort of takes a twist at the end, but it was actually inspired by a movie I saw growing up, they shoot it at my high school, it was called Peggy Sue Got Married by Francis Ford Coppola, and that sort of, in a very different way tonally, ask the same, can we rewrite our own book? Can we tell our story in a different way if given the chance?

"I kind of wanted to apply that to obviously one of the most horrific stories ever told or ever known, and sort of say what could have happened had things been different? I call it a purgatory movie. The first thing she says in the movie is 'did you know that cielo – which is the name of the street the house is on, Cielo Drive – means heaven in Spanish?', and I think that line informs the rest of the movie, if you focus on that line then you know what the rest of the movie is about. It’s almost a loop, relive our destiny until we sort of change things in a way that we can accept.

"In a way The Amityville Murders is also about destiny, the mother, played beautifully by Diane Franklin, recounts a dream that Louise DeFeo had in real life. She said she had a premonition of their end and that it was sort of their destiny. Fate, destiny, is it all a series of random coincidences or is there a greater plan? Those are the questions that interest me”, concluded Daniel Farrands.

The Amityville Murders is now in theaters, Digital and On Demand, while The Haunting of Sharon Tate hits cinemas and VOD on April 5.