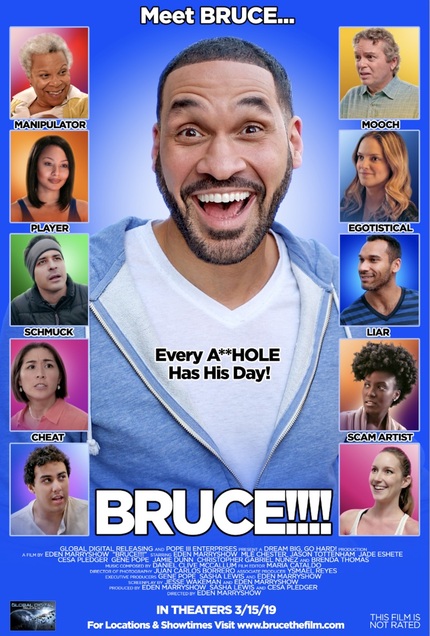 If you recognize the titular character in Bruce!!! it's probably because Eden Marryshow has popped up in many of your favourite television shows, including Jessica Jones, The Blacklist, Nurse Jackie and others.

Now in his feature film directorial debut, Marryshow takes on the role of Bruce, an egocentric, self-professed writer, director, artist and playboy who damages all of his relationships as he cons his way through his self-obsessed existence with a mixture of swagger and deeply insecure neuroticism.

One can't help but wonder if Marryshow has turned the camera's on himself as he explores the character through his film but, suffice it to say, through an all new con to recruit a roommate that can pay the lion's share of his rent, Bruce no doubt learn the error of his ways.

Check out the trailer bleow:

Do you feel this content is inappropriate or infringes upon your rights? Click here to report it, or see our DMCA policy.
2019Bruce!!!ComedyCon ArtistEden MarryshowGlobal Digital ReleasingNewTrailer