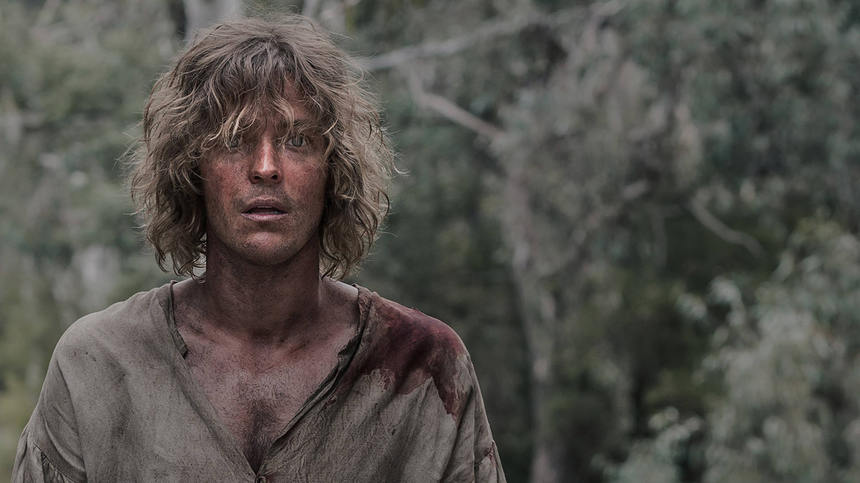 Love, frankly, is a pain in the ass. And it's even more a pain in the ass when the pursuit of it traps you in a life within a brutally violent prison camp. Welcome to the world of Bruce, a hysterical new web series completely repurposing Australia's history as a British prison camp in the name of comedy.

A gritty black comedy, set in an ordinary Aussie share-house that just happens to be a prison tent in Sydney Cove, 1788.

Bruce Williamson is a modern man out of time, whose simple plan of following his soulmate Daisy to the new land by getting arrested backfires severely, trapping him in a violent prison camp at the edge of the world. Rather than the love of his life, who knows their relationship can never work out here, Bruce is stuck in a tent with irrepressible bogan Garry - who claims to be Bruce’s “best mate”, and, despite what Bruce might hope, probably is - and Mick, a well-read, philosophical, and sensitive monolith of a man, who is also possibly a brutal serial killer.

The wider world is no friendlier, between the brutal marines, the incompetent leaders of the colony, and the mysterious local people who have had their way of life challenged.

"Bruce" rewrites Australia’s convict beginnings with a wry, deadpan comic voice, by taking historical facts and rubbing them up against the modern sensibilities of this ensemble of funny, flawed, and ultimately endearing characters.

Coming from the producers of How To Talk Australians (seriously, look it up), Bruce sets out to create a new high water mark for web series content and it very well may have done it. Production values are great, the writing sparkles and the cast - yep, that's Angus Sampson from The Mule and Fargo in there - are great from top to bottom.

The entire series is available online for free viewing right now. Check out the trailer below and then head here to dive on in.

Do you feel this content is inappropriate or infringes upon your rights? Click here to report it, or see our DMCA policy.
Angus SampsonBruceComedyHow To Talk AustraliansWeb Series