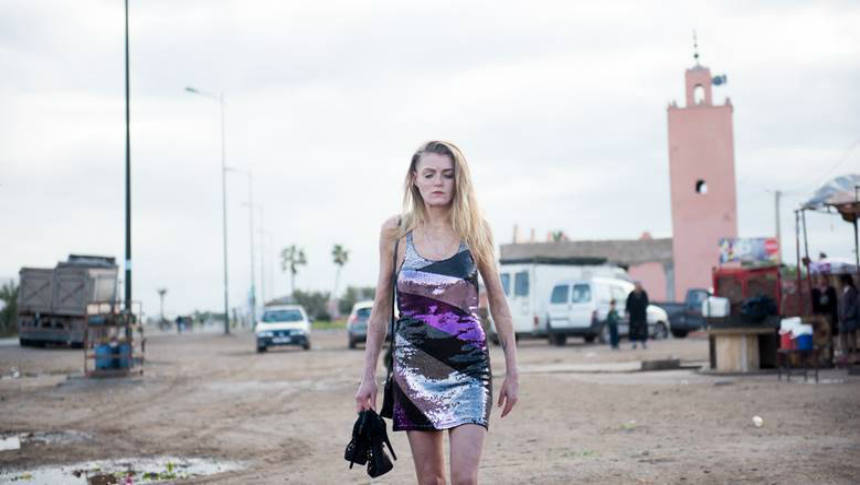 Set to enjoy its world premiere on the opening night of the International Film Festival Rotterdam -- that's tonight! -- is Dirty God, directed by Sacha Polak. And the fact that it is also scheduled to have its U.S. premiere at the Sundance Film Festival this coming Saturday, January 26 tells me something good may be about to break through.

"Jade is a young mother in the prime of her life when an acid attack leaves her severely burned," per the brief official synopsis. "While her face has been reconstructed, her beauty is lost beneath the scars. Descending a self-destructive path with relationships crumbling, Jade must take drastic action to reclaim her life."

The clip catches Jade at a moment when she is talking to a friend about what happened to her, and also sharing her mother's reaction, which may explain why she is heading on a "self-destructive path." Vicky Knight, Katherine Kelly, Eliza Brady-Girard, Rebecca Stone, Bluey Robinson and Dana Marienci star. Sacha Polak directed.

In the interests of full disclosure, I will note that XYZ Films is involved with international sales on the film, and our own Todd Brown, Screen Anarchy's founder and editor, serves as Head of International Acquisitions for XYZ. For your information, however, Todd has never even mentioned this film to me, which is his usual modus operandi in our dealings.

I look forward to hearing more about the film from its festival screenings this week.