Our friends at Arrow Video continue to deplete my already non-existant retirement fund with their latest annnouncement of new releases for April of 2019.

In this month they'll bring several older films to Blu-ray for the first time as well as a contemporary Japanese sci-fi from a current cult champ, Miike Takashi. See the gallery below for details regarding Richard Friedman's Scared Stiff (US/UK), Riccardo Freda's The Iguana With The Tongue Of Fire (US/UK), Harley Cokeliss' Black Moon Rising (UK), Enzo Castellari's Keoma (US), and Miike Takashi's Terra Formars (US/UK). 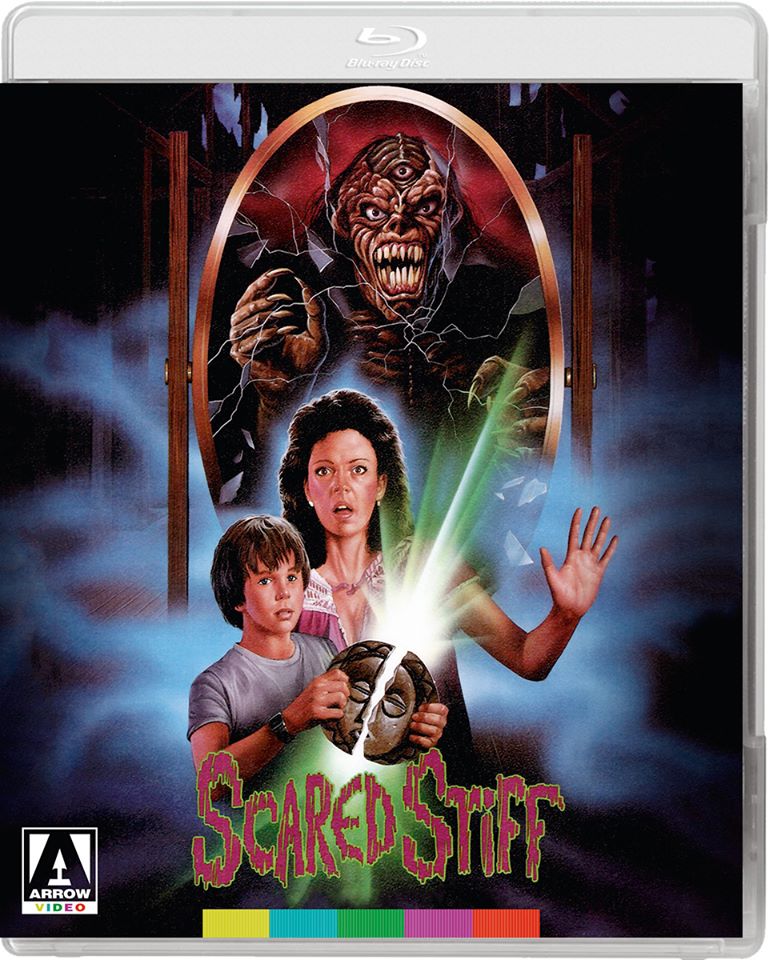 The second feature helmed by Richard Friedman, who went on to direct such genre favourites as Doom Asylum and Phantom of the Mall: Eric’s Revenge

TV star Mary Page Keller (Pretty Little Liars) appears alongside Andrew Stevens (10 to Midnight, The Fury) as a couple terrorised by an age-old curse in this much-underrated late-80s offering from director Richard Friedman.

Keller plays Kate Christopher, a singer who moves into an old colonial mansion with her son and psychologist boyfriend David (Stevens). But when they make a strange and gruesome discovery in the boarded-up attic, it soon becomes clear that the mansion carries with it a dark and blood-stained past – and one that is about to terrorise them in the present.

The second feature helmed by Richard Friedman, who went on to direct such genre favourites as Doom Asylum and Phantom of the Mall: Eric’s Revenge, Scared Stiff (AKA The Masterson Curse) builds to an astonishing practical FX-laden climax sure to please fans of 80s horror.

FIRST PRESSING ONLY: Fully illustrated collector’s booklet with new writing on the film by James Oliver 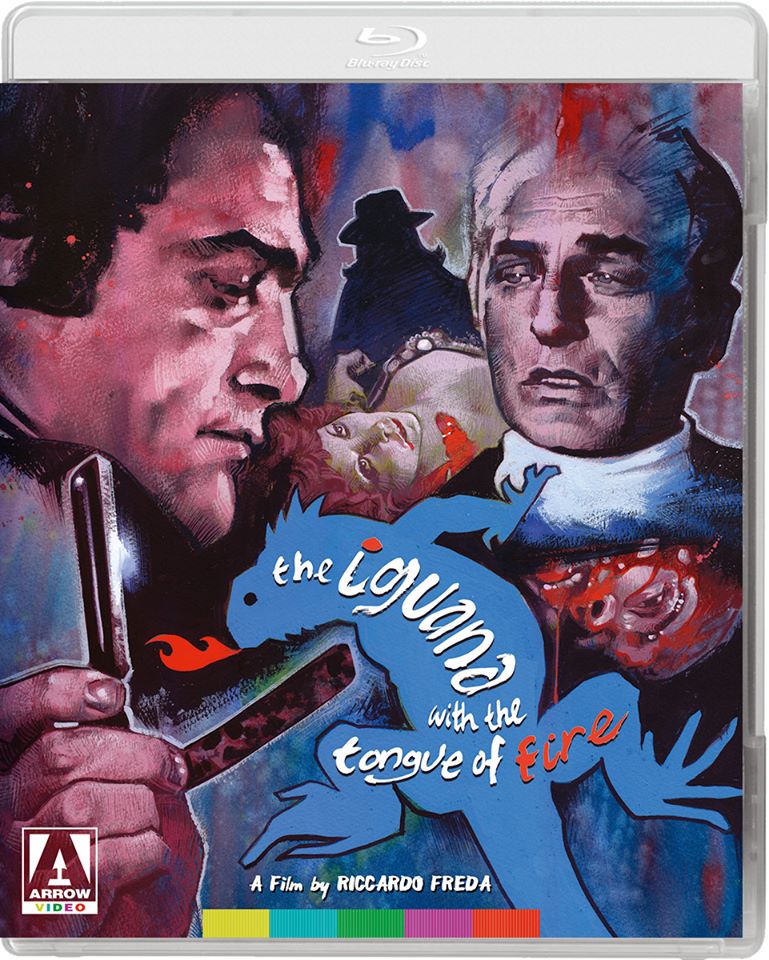 NEW UK/US/CA TITLE: The Iguana with the Tongue of Fire (Blu-ray)

An archetypal giallo from the genre’s heyday, Freda’s film is presented here in a stunning new restoration with a host of newly produced extras.

One of several ‘animal-in-the-title’ cash-ins released in the wake of Dario Argento’s box-office smash The Bird with the Crystal Plumage, The Iguana with the Tongue of Fire is a gloriously excessive giallo that boasts a rogues gallery of perverse characters; violent, fetishized murders, and one of the genre’s most nonsensical, red-herring laden plots (which sees almost every incidental character hinted at potentially being the killer).

Set in Dublin (a rather surprising giallo setting), Iguana opens audaciously with an acid-throwing, razor-wielding maniac brutally slaying a woman in her own home. The victim’s mangled corpse is discovered in a limousine owned by Swiss Ambassador Sobiesky (Anton Diffring, Where Eagles Dare) and a police investigation is launched, but when the murdering continues and the ambassador claims diplomatic immunity, tough ex-cop John Norton (Luigi Pistilli, A Bay of Blood) is brought in to find the killer…

Benefitting from a sumptuous score by Stelvio Cipriani (Nightmare City, Death Walks on High Heels) and exuberant supporting performances from Valentina Cortese (The Possessed, Thieves' Highway) and Dagmar Lassander (The Frightened Woman, The Black Cat), The Iguana with the Tongue of Fire is a luridly over-the-top latter-day entry in the filmography of acclaimed director Riccardo Freda (Caltiki – The Immortal Monster, Murder Obsession). An archetypal giallo from the genre’s heyday, Freda’s film is presented here in a stunning new restoration with a host of newly produced extras.

The Rubik's Cube is a 3D twisty puzzle. Learn the beginner's solution tutorial memorizing only a few algorithms. Buckle up for ride in the Black Moon, a sleek, high-tech supercar, powered by hydrogen and capable of speeds of over 300mph!

Tommy Lee Jones (Rolling Thunder, Under Siege) stars as Sam Quint, a master thief working for the government who hides a computer disc loaded with evidence of corporate crime in a prototype supercar, the Black Moon. When a gang of thieves steal the car, Quint seduces their leader, Nina (Linda Hamilton, Terminator), to get to the disc. But in order to reclaim his property, Quint and Nina must break into an impenetrable skyscraper and take down Ed Ryland (Robert Vaughn, The Delta Force), the head of a dangerous stolen car syndicate… 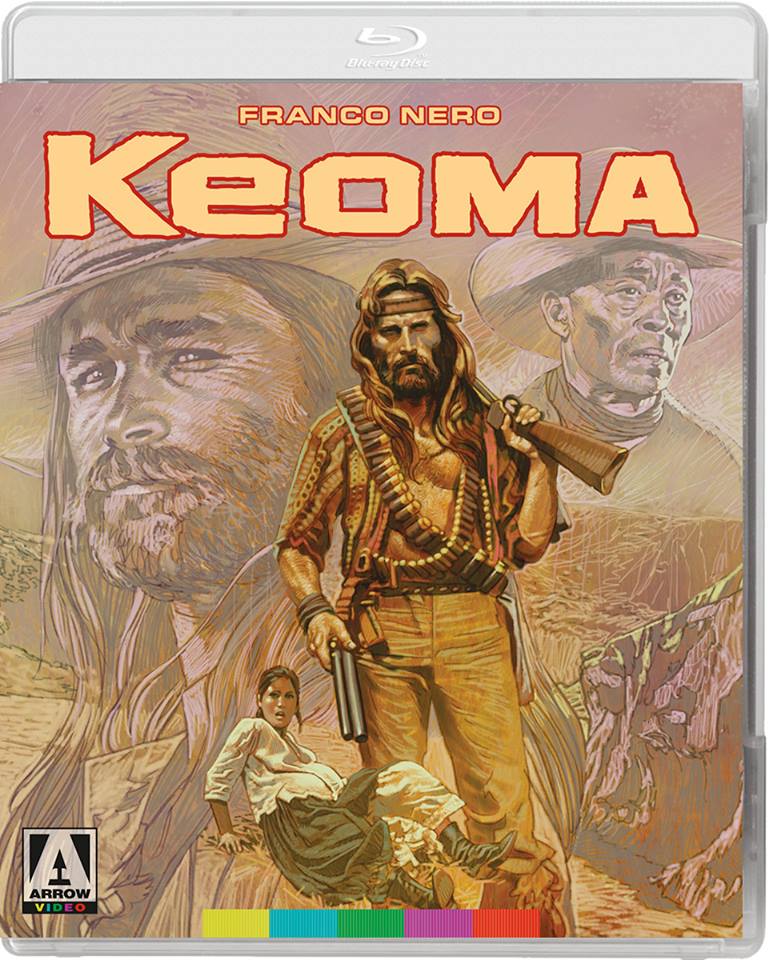 Truly epic in scope, Keoma is considered by many to be one of the greatest spaghetti westerns.

A strikingly original spaghetti western with a unique elegiac tone, Keoma truly is a one-of-a-kind classic of its genre…

The legendary Franco Nero (Django, The Fifth Cord) stars in the titular role as a half-breed gunfighter who returns from the killing fields of the civil war to find his hometown riddled with the plague, its inhabitants terrorized (with the help of Keoma’s own estranged half-brothers) by tyrannical gang leader Caldwell (Donald O'Brien, Zombie Holocaust). Keoma’s father (Willian Berger, Sartana in the Valley of Death) welcomes his prodigal son’s return, but when Keoma saves a vulnerable pregnant woman (Olga Karlatos, Zombie Flesh Eaters) from Caldwell's thugs, the stage is set for a violent confrontation. With the help of his father and his friend, the freed slave George (Woody Strode, Spartacus), Keoma prepares to take a savage revenge on Caldwell and his gang.

Directed with immense flair and virtuosity by veteran Enzo G. Castellari (who channels Sam Peckinpah and Sergio Leone in equal measure), Keoma is an epic film of Shakespearean and biblical allusions, which boasts compelling performances and thrilling violent action. Truly epic in scope, Keoma is considered by many to be one of the greatest spaghetti westerns. The film is presented here in a stunning new restoration with a wealth of informative and entertaining new extras. 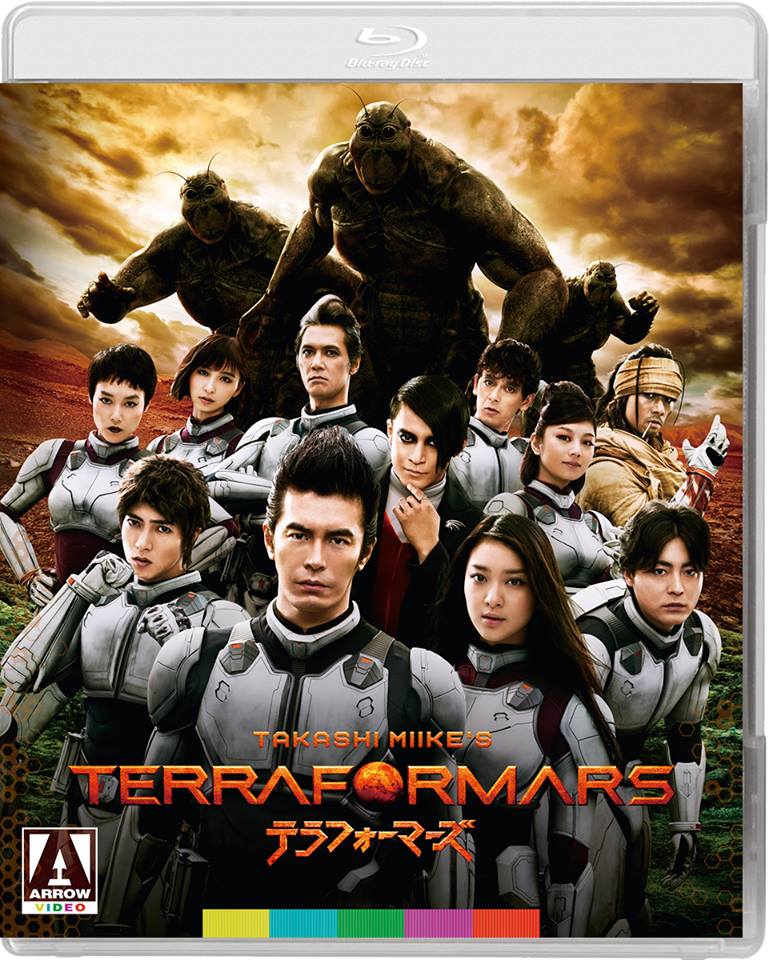 The ever-prolific Takashi Miike, the director behind the likes of Audition, the Dead or Alive trilogy and Blade of the Immortal, returns with this intergalactic epic in which a team of space explorers find themselves pitched against a horde of oversized anthropomorphic cockroaches.

In the mid-21st century, humankind has been forced to look to colonising other planets as a means of combating overcrowding on Earth – their first stop, Mars. With a population of cockroaches having been introduced on Mars some 500 years prior to help prepare the way for human colonization, a manned mission sets out to the red planet with the aim of clearing away the bugs. Upon arrival, however, they discover that the roaches have evolved to huge, vicious creatures capable of wielding weapons.

Based on the popular Manga series of the same name, Terra Formars is an action-packed space adventure brought to life by one of Japan’s most celebrated contemporary filmmakers.

FIRST PRESSING ONLY: Fully illustrated collector’s booklet with new writing on the film by Tom Mes