Comics Legend Alan Moore Working on THE SHOW, His Own Radical and Progressive Film 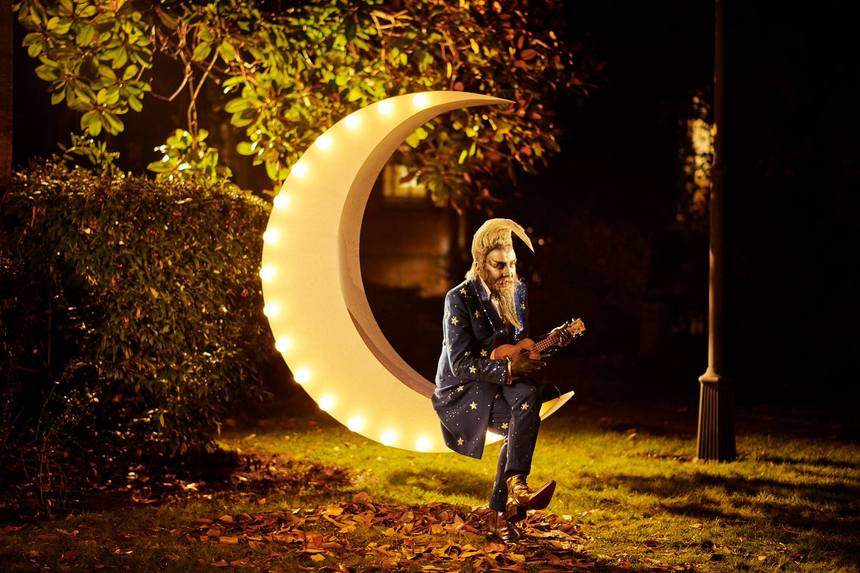 It´s a wonderful cosmic irony that in the time when HBO boils up the hype around its latest "prestige TV" venture Watchmen, the author of the quintessential 20th century graphic novel, Alan Moore, drops a bombshell: he is working on his first movie.

After a remarkable and prolific body of work, the British master scribe retired from comics in 2016, saying he has done the maximum he could for the medium. That´s a statement impossible to contradict. After completing his series The League of Extraordinary Gentlemen and several other side projects, such as Cthulhu-mythos-inspired Providence and Cinema Purgatorio, Moore published a long-awaited 1,000,000-word and three-book-long novel Jerusalem, a spiritual sequel to his debut novel Voice of the Fire and basically an Alan Moore cosmology handbook; "death is a perspective illusion of the third dimension" is just one of the many takeaways.

However, in 2016, a couple of festivals, including Sitges, Frighfest and Raindance, played an occult noir anthology of short films The Show Pieces, written by Moore and directed by his collaborator, award-winning photographer Mitch Jenkins, which eventually ended up on Shudder, iTunes, Youtube and elsewhere.

The Show Pieces might have represented a dry run for Moore´s first feature film for which he penned an original script, The Show, so far labeled as a gothic fantasy-drama, although Moore's work is highly mercurial and genre-transcending. As in Voice of the Fire, Jerusalem and The Show Pieces and the fact that the legendary writer redefined the notion of local-patriotism, The Show takes place in Moore's hometown of Northampton.

After a successful collaboration on The Show Pieces and a mutlimedia project The Unearthing mapping the life of Steve Moore (Alan Moore´s long-time friend, colleague and mentor), Mitch Jenkins returns to the director´s chair. Tom Burke stars as the protagonist Fletcher Dennis along Siobhan Hewlett, Ellie Bamber, Sheila Atim, Richard Dillane and Moore himself.

A frighteningly focused man of many talents, passports and identities arrives at England's broken heart, a haunted midlands town that has collapsed to a black hole of dreams, only to find that that this new territory is as at least as strange and dangerous as he is. Attempting to locate a certain person and a certain artefact for his insistent client, he finds himself sinking in a quicksand twilight world of dead Lotharios, comatose sleeping beauties, Voodoo gangsters, masked adventurers, unlikely 1930s private eyes and violent chiaroscuro women... and this is Northampton when it's still awake. Once the town closes its eyes there is another world entirely going on beneath the twitching lids, a world of glittering and sinister delirium much worse than any social or economic devastation. Welcome to the British nightmare, with its gorgeous flesh, its tinsel and its luminous light-entertainment monsters; its hallucinatory austerity. Welcome to The Show.

The production is currently underway in Northampton with EMU Films and Lex Films sharing the production duties and Protagonist Pictures handling the worldwide sales.The film's release was not yet disclosed.  At the time of The Show Pieces release, Lex Films teased that there are plans for a full-length feature, which indeed happening, and a multi-platform television series entitled The Show, implying The Show Pieces was not indeed a dry run but an integral part of a larger cycle.

Alan Moore offers an insight into the project on his Facebook page that can be taken as a guarantee:

Although this is my first attempt at working seriously in cinema, the audience may want to know how it connects with my just-recently-concluded comic book career. The answer, as I see it, is "not very much at all": this is completely fresh, with staggering new possibilities for mesmerism and immersive storytelling.

Then again, those seeking bleak dystopias in my narratives will be relieved to learn that this, occurring in the recently collapsed town of Northampton, is a fine example, with as many otherworldly characters as one might reasonably expect.

And yes, there is a superhero, but not like you think.

This hasn't been adapted from work that was never meant for cinema; this is me and the talented, fantastic people that I'm working with, attempting to make the most stunning piece of British film that anyone has seen in years.

This is The Show, and we're doing it right here.

More about The Show