Interview: LUCIFERINA writer-director Gonzalo Calzada on the making of the film 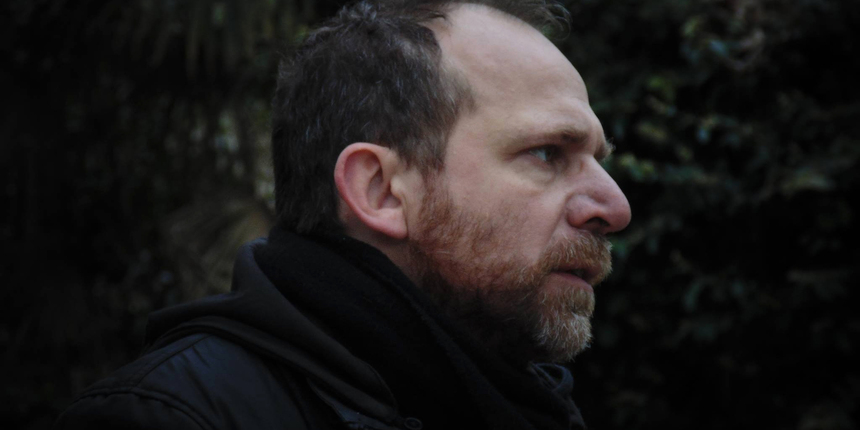 “Luciferina” is an intense and suspenseful horror film, which takes many of the cliches one expects from the genre, and subverts them in order to create something a little more original. Even though it deals with Christian horror themes and sexuality, it does so in quite the unique way.

I had the opportunity to exchange e-mails with the film’s director, Argentinian filmmaker Gonzalo Calzada. What follows is a brief interview in which he tells me a little about the pre-production process of the movie, as well as the themes he tries to convey through this particular story.

What compelled you to tell an exorcism (or sexorcism) story?
Luciferina is a story that speaks of the struggle between the forces of good and the forces of evil. Forces that are in this world and also inside of each person and that go beyond the beliefs, culture or religions that try to shape it. Exorcisms are a part of the story where that fight becomes extreme. I seek to work with different types of exorcisms to broaden the idea of ​​"forces", of "energy" and not of specific "creeds". In "Luciferina", evil is fought with a classic Christian exorcism, only that it's performed by a woman and not a man. Additionally, we've got an exorcism done by "sacred plants", in which it's nature that intervenes as a field of force through ayahuasca. Finally, there's a sexual exorcism, where it is the energy of sex that participates; but all three have in common that the forces of love participate against the forces of hatred. That is the real struggle, beyond the creeds.

2. Was it always your intention to link the darker aspects of your story with the sexual liberation of the protagonist?

In this first story, called "Luciferina", there is a special focus on the idea of ​​the "body" as a sacred tool of liberation. And it is achieved through the most powerful energy that the body has, which is sex, but it is a sex connected with love, and it's only through that process that a transformative energy is achieved. In the second part and third part of the trilogy, called "Immaculate" and "Gothic", respectively, the concept of spirit and soul is worked on and the possessions and exorcisms are more focused through that perspective.

3. What other films inspired you to make 'Luciferina'?

I looked at almost everything that was done about exorcisms, but, fundamentally, I wanted to tell a modern fairy tale. My references were more the stories of wonder and fairy tales.

4. What was the casting process like in order to choose someone to play Natalia?

We did a very large casting call. Luckily, Sofia came to us on the first day. We were very lucky because in addition to being able to perform some extreme scenes, she had to have freshness, innocence and beauty. Sofia met all the conditions.

5. What kind of horror would you say the film conveys?

I think it's an atmospheric film. It starts like a classic horror movie, but little by little it takes on another characteristic, it breaks the mold and it is transformed in the same way that the protagonist is transformed. It is a climatic, visual film that tries to reach the soul of the spectator through that which is physical.

6. How did you find out about Ayahuasca? (I'm Peruvian and I've grown hearing about it, but I've never tried it).

It is something that is currently very fashionable throughout South America; in Argentina it is used a lot. The idea was to take the healing concept of the mother plant to the extreme of an exorcism.

7. What would you say the South American (or Argentinian) movie industry needs in order to compete with blockbusters from the US and Europe?

We cannot talk about competition with such a large inequality between the hegemonic cultural industry of the world, which controls everything (press, communication, media and resource platforms), against the minimal industries of each Latin American country. I believe that the battle takes place inside that which can't be bought; what is priceless and original. Inside the search for different narratives, what is alive in art and that, in general terms, has nothing to do with money. Unfortunately, most of that is dead in this industry. The films that stand out for that, or their directors, end up being sucked by the industry. The only alternative is to form a front, a specific movement that, in the sum of its proposals, can have a greater visibility. But you also need a certain aesthetic that can contain it well.

8. What are your plans for the rest of the Trilogy?

We are looking for investors or producers who are interested in producing the next films. We have plans to film "Immaculate" in 2020. At the same time, I'm finishing writing the novels of the trilogy, in order to publish them that same year.