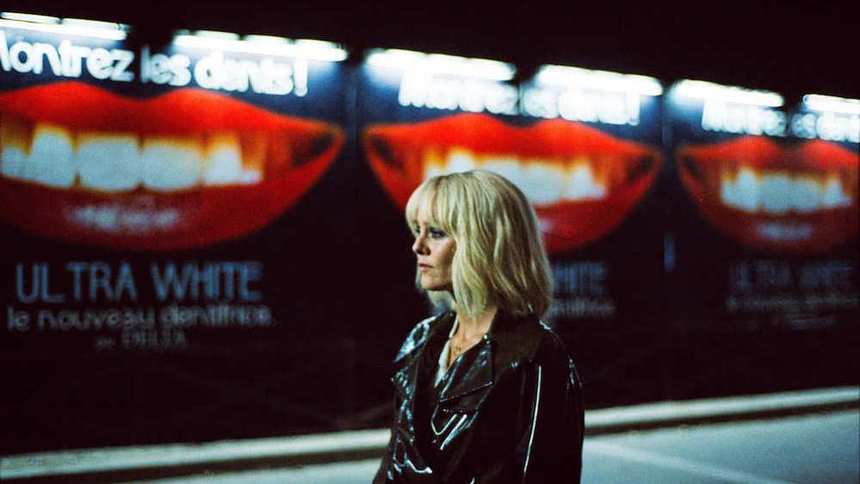 An editor looks through reels of a gay porn film, making decisions about what to cut, with the image of a beautiful young man flashing before her. At the same time, this young man is at a club, surrounded by other equally beautiful men. But one catches his eye: one with a strange mask and a stranger look in his eye. The young man follows, and eventuall allows the other to tie him up, hoping for some sexual delight. But (in a definite nod to Cruising), the beautiful young man is stabbed to death with a rather unusual, um, tool.

Going as authentic as possible, Gonzalez recruited cinematographer Simon Beaufils to shoot on 35mm, and electro rock band M83 for a pumping score. Combine this with some split-screen style story-telling, plenty of dark humour and a whimsical look at this retro creation of pornography, and the flamboyant but nonetheless real humans involved, and the madness and darkness takes both a delightful and sinister turn.

As Anne conducts her own investigation into the murders, her life seems to take on the plot of one of her films: her obsession with getting Lois back reaches violence; she wanders through the seedy parts of Paris, where boys fuck in the dark corners; she takes a trip to the country, wanders through a strange forest to a odd cemetary, all the while searching her heart for answers while her body is left unsatisfied.

In one terrific scene, after the completion of the film, Anne and Archie take the actors for a picnic. A gorgeous tableaux of men of all types is seen, gay men, cross-dressers, and transgender women, happy with their openness of their identity and sexuality, relishing in each other's company, while Anne sits apart, the den mother watching her 'children', and the film director who must maintain distance. But a cruel wind picks up, as someone is coming who cannot stand to see such happiness while they are in great pain. It is those who are open who are accepted, while the unwelcome one is the outsider, as oppose to the reverse too often still seen in film.

A wonderful throwback to both giallo cinema and American 1970s crime thrillers, Knife + Heart puts its queerness front and centre, the heart of a film that doesn't shy away from cruelties both physical and emotional, infused with a high style that transports and reminds us of the beauty of print film.