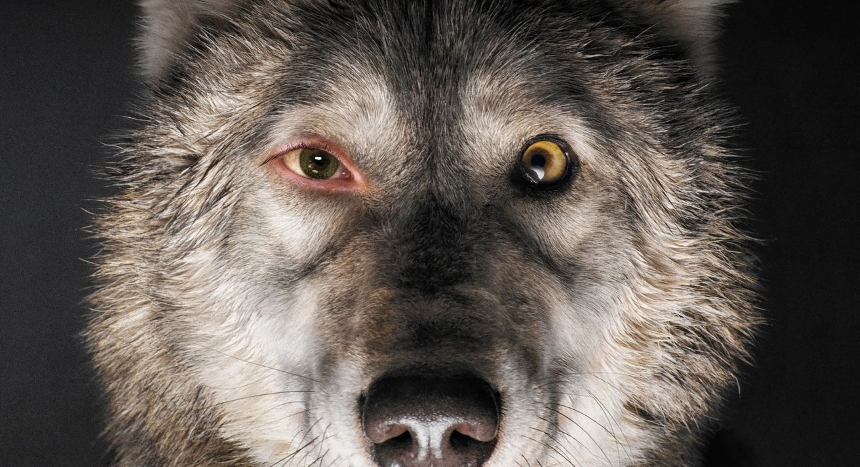 Today we have a stark, and 'uncanny valley' type of key art out of Turkey. Agnieszka Holland's much lauded Polish crime film, Pokot (Trophy), took a fair number of awards and plaudits on the festival circuit including Berlin's Silver Bear, and Fantasia's top award, The Cheval Noir.

Here, the Turkish poster for the film borrows the central image of the films Polish teaser, the wolf with a human eye looking directly at the observer, adds two of its biggest achievements, and a curious miniscule credit block top centre (unorthodox!) along with the various Star ratings of English media outlets and a Turkish translation of a pull quote from the Village Voice ("One of a kind." if you are curious.) It also rebrands the film with a new title, IZ (Track) while hedging its bets by retaining the English title, Spoor, which by the way sounds vaguely like foreign word, but actually means 'the kind of marks or scent (usually poop) that hunters use to track their prey."

Our own Shelagh Rowan-Legg called it, "A magic-tinged, intimate thriller. A murder-mystery, a dark comedy, and an eco-thriller rolled into one, Spoor is a deceptively subversive film, shot with minimalist precision." The single, iconic image here communicates the former, with, paradoxically, an uncomfortable grace. 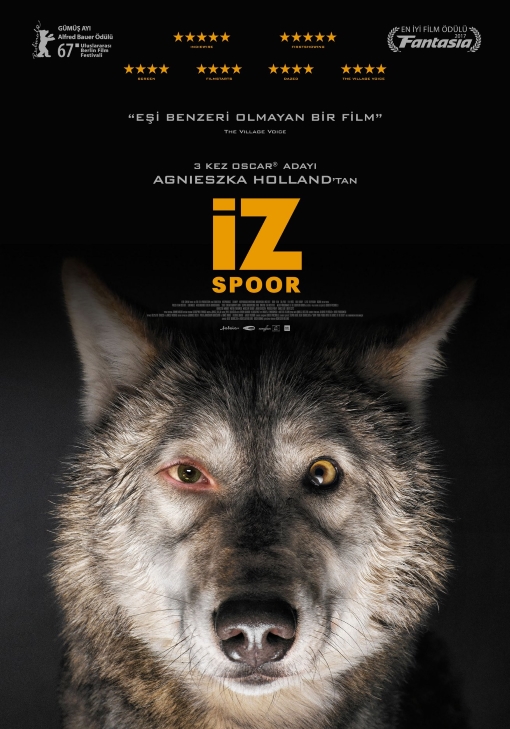 Now on Home Video: In DISTURBING THE PEACE, Guy Pearce Picks Up His Gun Again