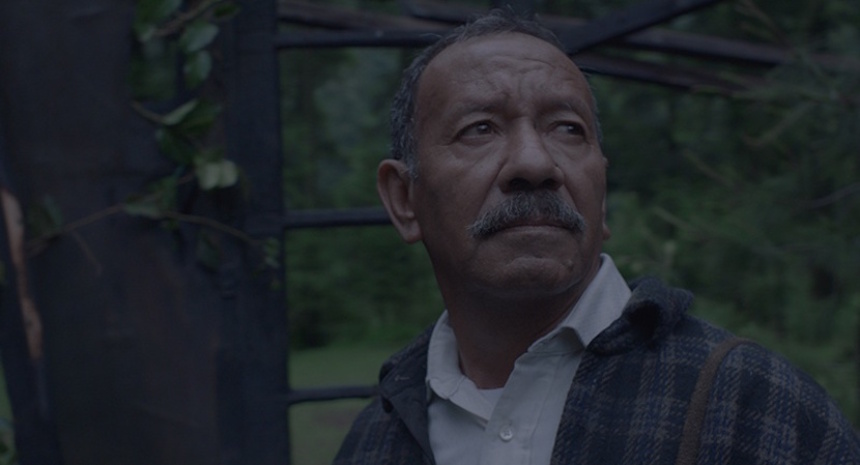 The only Mexican film at this year's Fantastic Fest was Andrés Kaiser’s debut feature length film, Feral, which uses fake documentary and found footage formats to delve into a tragedy that took place in the late 1980s.

It officially ended with several unanswered issues, the central questions being: who exactly were the man and the three infants who perished due to a fire that broke out in their house located in a wooded area of ​​Oaxaca, Mexico? And what was the cause of the catastrophe?

More than showing us a disconcerting found footage, something typical within the horror genre, Kaiser presents his film as an investigative documentary, focusing on a series of interviews with people who knew Juan Felipe de Jesús González (Hector Illanes), the man who died in the aforementioned fire. Kaiser is interested in exploring the complete background of this character, from his oppressive childhood, his time as a monk in a peculiar monastery that in the 1960s mixed religion with psychoanalysis, and finally his time as a hermit in the middle of nowhere and his pivotal encounter with a wild child (Farid Escalante Correa), whom he decided to protect and domesticate.

In addition to the testimonies of, among others, a former colleague of Juan in the monastery (José Ángel García) and his main acquaintance in the Oaxacan mountain (José Luis González Sánchez) -- presented mostly as the traditional "talking heads" of documentaries -- Kaiser utilitizes the resource of found footage and makes us look at what Juan Felipe himself recorded of his interaction with the feral infant.

Although it may seem like a horror film that seeks to shock or that hides something ultra paranormal, especially because it uses that worn-out found footage format, Feral is revealed as an interesting character study, which combines the external horror with the internal. On the one hand, there are the relevant echoes of Felipe Cazals's masterwork Canoa: A Shameful Memory, when Kaiser offers at times a glance at the people of Mexican towns that are prone to fear, rejection and violence fueled by ignorance and the influence of the church; and on the other, issues such as (complicated) upbringing from domestication and evangelization, and the consequent loss of sanity, stand out.

All this is what's behind the tragedy of Feral, a Mexican genre film that takes advantage of its familiar form and, certainly, manages to be above average, especially due to its thematic scope.