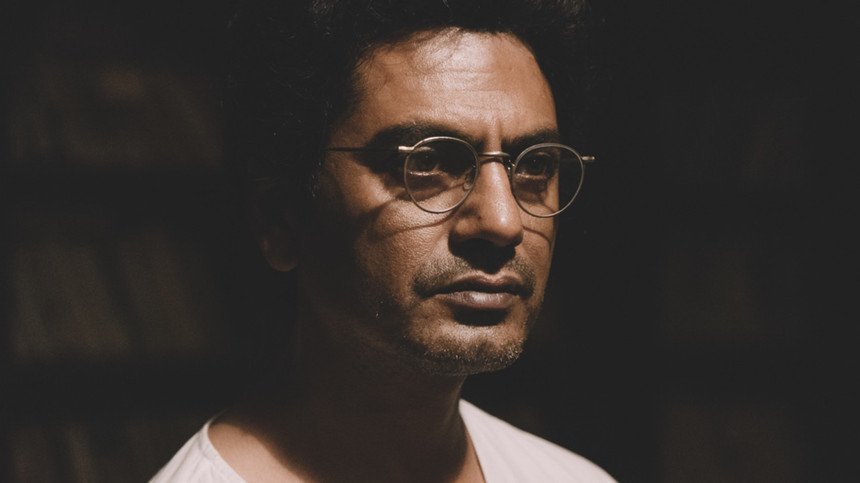 Full disclosure: I know next to nothing about the writer Saadat Hasan Manto, and what I do know has largely been gleaned from the press in advance of this film or other media sources. I expect many of my film fan compatriots around the world will find themselves in a similar position when it comes to a point of departure for Nandita Das' biographical feature Manto detailing a short but important episode in the life of one of South Asia's most popular and controversial writers.

At the start of the film, shortly before the British Raj ended in India and the new nation was split in two by Partition, Manto is working as a writer and supplementing his income by writing for films, though it wasn't a particularly satisfying vocation for him. Manto took greater pleasure from his short stories which explored the seedier sides of life; prostitution, violence, infidelity, and abuse formed the backbone of a large part of his oeuvre, which made him irresistible to the authorities - both moral and corporal - in India.

Manto is less a life story of the writer than an exploration of the struggles he went through in trying to make an honorable living by telling the honest stories of men and women doing dishonorable things. He's frequently seen in court fighting obscenity charges, often frivolously filed, in scenes that bear a striking resemblance to the current state of Indian politics and the current culture war raging in an increasingly sectarian country.

Das attempts to recreate a nation at odds with itself, an Indian in which a popular Muslim writer, writing very successful short fiction in Urdu, is forced to flee his home in India when Partition pushes the Indian Muslim population to Pakistan. This is an eerily prescient image as the nation now finds itself in the grips of a central government whose goal is to unite all of India under Hindu rule, in spite of the millions of Muslims and other religions who make up one of the most culturally diverse populations on Earth. Manto is a stand-in for the everyman for whom religion is only one facet of what an Indian is, and his increasing alienation echoes today.

Nawazuddin Siddiqui puts forth a strong central performance as the conflicted author, India's greatest acting talent leaves nothing on the field as usual. Siddiqui has proven himself to be one of the most charismatic leading men in India, the kind who speaks softly but carries a big stick and manages to command the screen unlike most of Bollywood's bigger performers.

He's bolstered by a number of solid supporting performances from some of the nation's most talented actors, especially the women, who don't often get (or seek out) big Bollywood blockbusters. Rasika Dugal plays Safia Manto, Saadat's wife, in a performance that is just as big and bold as that of Nawaz, commanding not only the screen but also matching his charisma with her own. Also putting in smaller, but no less effective, performances are Rajshri Deshpande as the writer Ismat Chughtai, Tahir Raj Bhasin as the actor Shyam Chadda, and a small, but effectively greasy appearance by Rishi Kapoor as a slippery, lecherous film producer.

Far from flashy, Das' portrayal of this chapter in Manto's life is an effective look into the man and the challenges he faced. She doesn't lionize him, but rather allows him to exist in the midst of his weaknesses, she celebrates his humanity and his intimate connection to the world that inspired him, which wasn't all that pretty to begin with. Manto is an engrossing experience and one that finds itself perhaps more relevant today than it might've been even ten years ago.