Review: THE PUBLIC IMAGE IS ROTTEN, Incisive, Honest and Funny 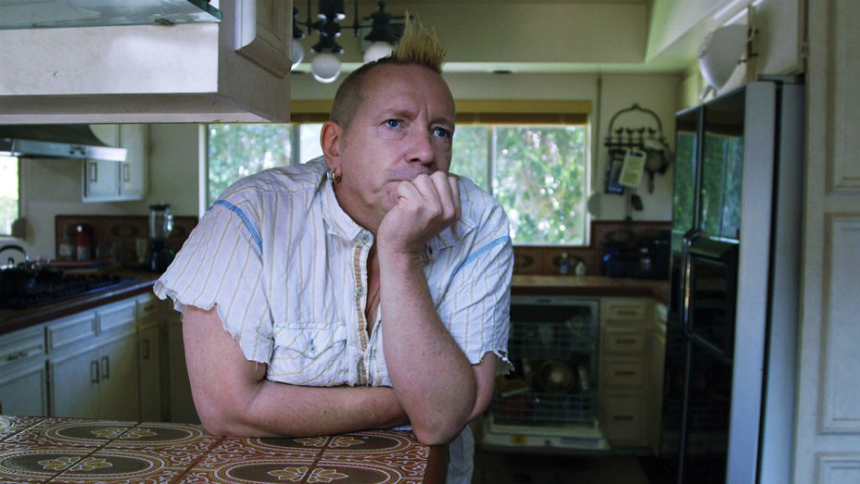 “Ever get the feeling you’ve been cheated?” John Lydon aka Johnny Rotten’s acerbic question to the audience at the end of the Sex Pistols’ disastrous 1978 U.S. tour may have marked the end of that group, but for Lydon himself, this was only the beginning of his musical journey. What came after Lydon and the Sex Pistols’ reinvention of rock music is the fascinating subject of Tabbert Fiiller’s lively documentary The Public Image is Rotten, a film with one of rock’s most enduringly incisive, brutally honest, and sharply funny characters at its center.

This film tells the story of the genesis and unending evolution of Lydon’s post-punk, post-Sex Pistols band Public Image Ltd. (or PiL for short), which, in its fusion of punk, dance, reggae, and world-music rhythms, proved to be nearly as groundbreaking and influential as Lydon’s other band. PiL was the vehicle by which Lydon would break himself free from the control of Sex Pistols’ manager Malcolm McLaren, find a path out of the destruction and chaos that was happening around him, and assert his own, unique musical identity.

Lydon’s own music reinvention began when, right after the Sex Pistols broke up, he traveled to Jamaica with Richard Branson, who was scouting reggae musicians for Virgin Records. After absorbing the sounds he heard there, he returned to England to form a band, the core of which included bassist Jah Wobble and ex-Clash guitarist Keith Levene, which would eventually become PiL (named after a Muriel Spark novel).

Shortly thereafter, the group released its first single “Public Image,” which was Lydon’s truly new-sounding, startlingly bold declaration of musical and artistic independence. This iconoclastic refusal to accept limiting labels, musical or otherwise, would not only inform PiL’s subsequent, ever-mutating musical styles, but even challenge the definition of a “band,” which in the case of PiL became a revolving door of constantly changing line-ups, with Lydon as the only constant.

The core of The Public Image is Rotten is an extended contemporary interview with Lydon at his current home in Los Angeles, with his trademark profane, ascerbic wit, tempered only slightly by his current existence as a man in his 60’s looking back on his life, his music, and the people he loved and lost.

Lydon opens up on screen as he’s never before done in public, relating such stories as his bout with meningitis as a young boy, which put him in a three-month coma and caused him to temporarily lose his memory. According to Lydon, this deeply informed his life-long concern with his own identity, making it much more understandable as to why Lydon reacted so badly to McLaren’s attempts to control Lydon’s image as his Sex Pistols “Johnny Rotten” persona, and why he was so determined that no one but him would control his public guises and his musical directions.

Fiiller and his crew make skillful use of archival material, such as that of PiL’s infamous 1981 New York show at the Ritz, where the band – augmented with a 60-year-old jazz drummer – performed in silhouette behind a movie screen, which they refused to come out from behind, so that the audience could actually see them. This so angered the audience, who pelted the band with bottles, that the show was shut down and the next night’s show cancelled.

The captured footage of Lydon and PiL’s approach to performance, compared to the mostly sanitized, corporate, anodyne affairs much live music has become, retains its bristling, startling quality some thirty years later. This and other scenes help this documentary remind us that far from a cast-in-amber “rock legend,” Lydon remains an unceasingly restless musical explorer and a boundlessly creative force.

Review originally published during the Tribeca Film Festival in April 2017. The film will open theatrically in New York on Friday, September 14.

More about The Public Image is Rotten