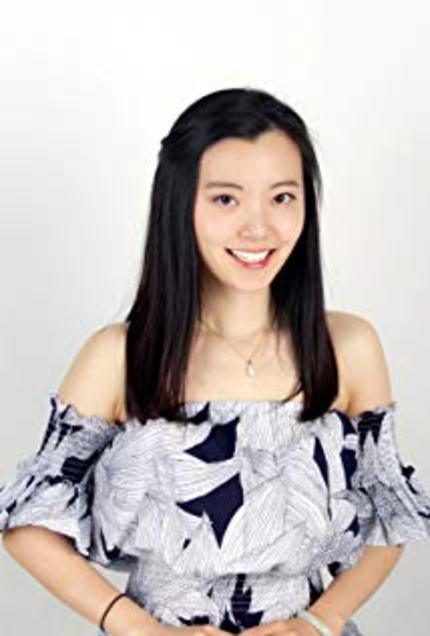 Director/writer/actress Qingge Gao is perhaps one of the gifted New Wave Chinese filmmakers on the scene today. Gao's Chinese-language short film Love, Song: My Brother is clearly indicative of how visionary, lyrical and committed a storyteller she is behind and in front of the camera.

Highly accomplished and blessed with impressive film credits, the young revered artist had her extensive film training at such prestigious institutions as International Cultural Communication at the National Academy of Chinese Theatre, Loyola Marymount University (MFA in Film Production) and The Ohio State University Columbus (BA in Film Studies and Theatre). Additionally, Gao has been recognized as Alibaba Pictures' "Top Ten Chinese Directors of North America." No doubt that Gao is vastly skilled in her filmmaking techniques and her miscellaneous short films have proven how reflective a performer and/or moviemaker she is instinctively at heart.

Among Gao's other film projects include shorts Not Your Average Fairytale (2017), After School (2018), Glass Animal [as an actress] (2017) and Stuck [as an actress] (2018). Gao's creative vibes in the aforementioned poignant Love, Song: My Brother should prove effective as she continues her progression in her filmmaking career. Whether in the past, present and upcoming future there will inevitably be more imaginative, challenging and introspective short film projects to be produced, directed, written and acted by the versatile Gao.

The resourceful filmmaker was gracious enough to provide some interesting insights about her film philosophies for ScreenAnarchy. Now let's hear from the multi-faceted moviemaker, Qingge Gao.

FO: Qingge, thank you for your availability in discussing your wonderfully conceived Love, Song: My Brother as well as your other film endeavors. Speaking of Love, Song we know how personally connected you are to this insightful short film as it hits close to home for you on a personal level. Your character, Jiu Jiu Song, is one of the thousands of young folks affected by your home country China's One Child Rule Policy. Was it emotionally easy or difficult in relating to your fictional character's romantic affections toward her honorary sibling Dabao in the film?

FO: So what feminine empowerment strengths and weaknesses do you inherently see in your character Jiu Jiu Song?

FO: How did it feel being able to shoot your labor of love Love, Song: My Brother on your beloved soil in China? Would you say that your experience in overseeing your movie production back home was invigorating or merely business as usual?

QG: It’s definitely a great experience to shoot in my hometown. The locations that I chose are the places that I always hang out in my childhood. I think it’s so relaxed to shoot in my hometown. I did not stressed at all during the whole process, so it also affects my film. After I got the footages I think there are more happiness shows on footage than I thought.

FO: When did you decide to follow your passion for cinema from acting to production? Was filmmaking in your creative psyche from a very early age or was it something that you gradually gravitated to later in life?

QG: I always like acting, although I took acting class first in my life, I did not act until I direct couple short films. I did not think I have that confidence to act in other people’s film, however, after I directed short film I know all about production area, so I decided to act from then. I think filmmaking is my way to express myself, I knew I would definitely be a filmmaker in the future when I was 20. That’s the time when I decided to transfer to US to study film.

FO: So who are some of your cinematic mentors or role models that inspired you to express your artistic abilities in front of and behind the camera? Basically, who were your influences in the world of filmdom?

QG: I have many role models in filmdom. I went to Cannes film festival this May and I see one of my role models Director Hirokazu Koreeda, I like his films a lot and the details that from his film always make me feel powerful. I try to create a world with many details, and details also bring the humanity to my film, I believe the more details you have the more powerful you film would be.

FO: What advice would you give Qingge to those global young aspiring filmmakers (particularly females) that want to break into the moviemaking business?

QG: Always believe yourself and follow your heart. Many people say this but I think there were not many people could really do this. There are so many difficulties in the way of becoming a successful filmmaker, especially female filmmaker, but no matter when and where you just need to believe yourself and follow your heart. Time will tells you the answer.

FO: How instrumental was your vast educational training at the formidable schools you attended that gave you a solid foundation in your movie-making craft?

QG: It helps me a lot. I took theatre and film studies in OSU. Those years in OSU I have a solid foundation about artistic and history knowledge of film. That helps me a lot, when I learn how to make film in LMU, I could combine my theory and practice together, that makes my film could convey a deeper meaning or feeling.

FO: Can you describe how it felt when some of your prized short films were recognized for their heralded achievement at some of the noteworthy film festivals around the country?

QG: I think it’s my honor to be recognized by those film festivals. And I think it also give me more confidence to start my next film. They encourage me a lot.

FO: Qingge, can you share with the readers as to what upcoming film projects you have on the horizon whether as a director, writer or actress?

QG: I am writing a script about my middle school; my friend and I want to make this story as a web series. I hope I could also direct this film, but I do not know if the investors will give a new female director this change to direct a web series. I am sure the story is very interesting, and I am writing in Chinese but I would love to pitch to some Hollywood companies, hope they will bring this to American audience too. I watched a lot of American teenager film in China and I hope my new project will bring a new horizon to western audience.

FO: In conclusion, I wish you continued success in your enterprising filmmaking career. I am sure that others besides I are looking forward to seeing what great cinema output you have yet to explore and create with enthusiasm. Hopefully, your comfortable foray into short films will eventually find its way into the realm of full-length feature films in the near future.

Do you feel this content is inappropriate or infringes upon your rights? Click here to report it, or see our DMCA policy.
Chinese artistinterviewQingge Gaoshort films