Review: Slender Man has a fat chance at elevating its hollow horror-related hallucinations 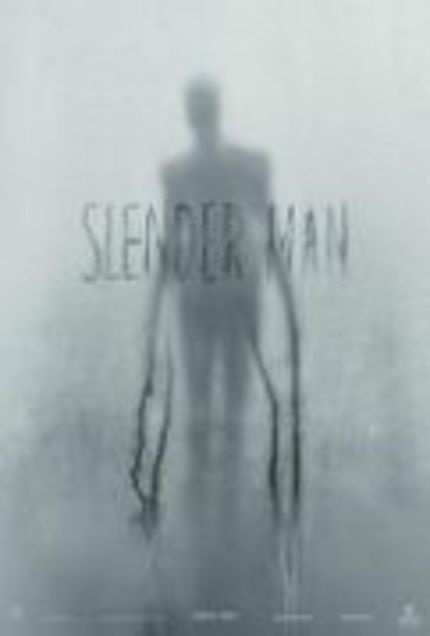 At one time nearly a decade ago the online mythology behind the creepy creation Slender Man was something of meaty macabre lore that captured the mindset of the harried masses.  The shadowy figurehead Slender Man harbored the sensationalistic vibes that gave eerie credence to the freaky fiend that caused such paranoia and poisonous postulation back in 2009. The creator of the sinister character Slender Man belonged to the mindset of Victor Surge's playful, sadistic imagination. Naturally, Surge's grainy boogeyman impacted internet browsers to the point of no return. The result: a grandiose hysteria involving a long-limbed, blank-faced, ghoulish demon with a predilection for abducting impressionable children on a whispery whim. The Surge-effect certainly applied to the enablers that subscribed to the fictional freakshow's horrific aura on a viral landscape.

In director Sylvain White's ("Castlevania", "The Losers") twisted yet toothless terror tale Slender Man the sporadical shock factor never seems to match the energy or intrigue of what was perpetrated in yesteryear's fright fodder concerning the aforementioned Surge's fearful phenom that instigated the grave consequences looming over the corrosive keyboard chaos many years ago.  Generically concocted with undersized chills this sketchy monster mash fails to even shine a dim light on its nostalgic blueprint cyberspace reputation. The tedious flinching of telegraphed thrills that are supposed to be received as unsettling more or less comes unhinged in manufactured mayhem. Hence, the slimy thin menacing makeup of Slender Man is lazily suggestive in its chattering boorish bones. White's insistence to hastily borrow from other established frightfests that range from Candyman to The Ring jumps through some hazy hoops just redeem its tepid titillating tactics.

Screenwriter David Birke ("Elle", "13 Sins") delivers a flat and forced goosebump affair that engages in the conventional twitchy territory but never delves into anything substantial or contemplative that puts a distinctive or dastardly spin on Surge's devilish Faceless Felon lurking in the vacant minds of its little-doomed divas. Some may recall the terrible episode that resulted from the notorious Slender Man hoopla that seized the internet community back in the day--the unthinkable stabbing of three Midwestern teen girls as an act of appeasement for the mysterious menace. In fact, the noteworthy 2016 documentary Beware of the Slenderman convincingly touches upon this real-life tragedy with resourceful contemplation.  However, White's plodding direction, Birke's choppy script, and the sluggish characters serving up in this dense and diluted creepy caper feels rather exploitative if not dismissive of the so-called Slender Man legacy. Sadly, the lukewarm lunacy simply does not register in this horror-induced hokum.

The premise for the edgy story takes place in a small New England-based town. High school buddies Wren (Joey King), Chloe (Jaz Sinclair), Hallie (Julia Goldani Telles), and Katie (Annalise Basso) decide to follow up on their curiosities and summon the caustic cretin online after getting an assortment of feedback from others at school. The girls, courtesy of scouring the several forums and bizarre videos, start to experience some mighty nightmarish thoughts about the Slender Man that has evidently invaded their weary psyches. Furthermore, the stakes become high when Katie turns out to be missing. So the girls dig deeper into finding out more lurid details about the Slender Man that may be the key to them reuniting with the absent Katie. As the girls push for answers surrounding the disappearance of their colleague the spooky rascal dabbles in some crazed mind-bending gymnastics to keep these meddling tarts at bay. So wash, rinse, repeat...the labored gory goings-on delve into the pseudo madness that the Slender Man dispenses at random.

The by-the-numbers construction of Slender Man is patched together as a flavorless fear-inducing fable searching for its injection of doomsday delirium. The problem is that the dour narrative drags more than a loosened rusty exhaust pipe on Dracula's decrepit bloodmobile. The standby step-by-step devices are in rudimentary play as we observe the same cliched damsel-in-distress creeper that trudges on so aimlessly. The indistinguishable young female characterizations feel as transparent as the tame trauma that is woodenly projected. As the villainous boo-hoo-causing bad boy engineering his maddening melodrama in his brand of mystique and misery, the slight Slender Man comes off as nothing more than a forgettable stock agitator climbing off of the conveyor belt of mediocre movie monsters. The pronounced moodiness and bleak overtones of despair are embarrassingly upstaged by the murky cinematography heightening more confusion and disjointed pasting of recycled terrorizing tropes.

The film undercuts the Slender Man's perceived urban legend as it misses the mark as an ode to cautionary online obsession wickedness. The trappings of impressionable teen girls finding a scary one-note voice dictated by the allure of cyberspace seduction and its potential damaging influences (yeah...we're citing the calculating cad Slender Man as a convenient example) never really materializes as the perilous payoff. The anxieties, endangerment, and sense of disillusionment do not resonate plausibly for the wayward gals and their families/associates in harm's way nor does the Slender Man's alarming presence add anything solidly haunting to this fruitless jump scare of a flaccid film project.

Overall, Slender Man is just another nail-biting knockoff flexing its morbid muscles without contributing anything mildly innovative or invigorating to the already over-saturated horror genre. Whatever toxic flabbiness was needed to the Slender proceedings considerably fell at the waist side in dull, drawn-out debauchery.