Philippe Lesage delivers an unnerving portrait of first loves and desires and their heartbreaking aftermath in a poignant drama. 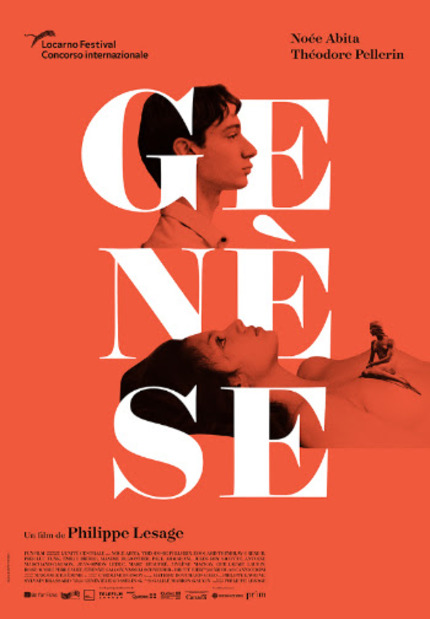 The Canadian documentary-turned-fiction filmmaker Philippe Lesage revises the topic of first loves in his second autobiographical installment after The Demons (2015), Genesis. Coming-of-age genre experiences have experienced a renaissance, finding its way into provocative arthouse dramas and genre offerings.

A film about first love may sound as clichéd, corny, jaded and overwrought topic to tackle in the first place however, that is not the case of Lesage´s 130-minute a sort of anthology about different kinds of desire and coming to terms with its aftermath.

The core of Genesis consists of individual tales of stepsiblings Guillaume and Charlotte as Lesage moves back and forth in their separate love conquests. Guillaume studies at all-male boarding school and enjoys the status of a class clown. Charlotte has already a romance going with her boyfriend Maxime whose somewhat ill-considered suggestion of open relationship wrecks their current situation.

The director closely follows the tormenting development, Guillaume´s more emotional while Charlotte´s more physical, in a stoic and distance manner capitalizing on his documentarist sensibilities. The style of Genesis remains clean and polished, no attempts at social realism or other kind of authenticity-inducing formalistic gimmicks since the stories themselves preserve the authenticity.

Besides, both stories carry the universal quality as well in terms of psychology. If they would not be of an autobiographical matter, the stories would have to be meticulously researched recreations of teenage behavior. No sentimentality, no soppiness, instead Genesis turns out to be a very engaging study of passion, hope and trauma that befall the protagonists.

Guillaume, a Salinger aficionado, hides behind the mask of a clown, his wit and charm, according to his frequently enraged teacher Perrier (Lesage prepared a perfect joke riffing on the name) who does not hesitate to mock or ridicule his protégés, will help him swim through life unharmed. However, Perrier´s explication is not meant as a compliment, what he truly means is that Guillaume is smug and feeling superior over others leaving him bemused as his boyish smile shrinks in bleak awakening.

Unaware of how his behavior is being perceived and frankly surprised by that fact, there is a different part of him that his peers are not aware of. Guillaume himself seems to be perplexed yet remains willing to give it a shot.

That is the moment when his bromance with the best friend goes awry, temporarily earns him respect among his peers only to left him completely ostracized. The feelings of loneliness and a good intention bring him only humiliation.

Charlotte undergoes a different kind of tribulation that will leave her emotionally and physically traumatized. After Maxime´s indecent proposal, she parts way and expects to find more compassion and exclusivity in the hands of older and fun loving guys.

She does not contemplate his intentions despite his apparent lying ending up inside emotionally tumultuous relationship with unexpected results. Lesage demonstrates exquisite restraint in shooting and directing actors, never falling into a self-serving hysteria, making Genesis a worthwhile film and anything but moralizing.

Surprisingly, after both protagonists get the bitter taste and genuine confusion of the first love, Lesage caps Genesis off by adding a coda. Third story of a summer camp love of youngsters Félix and Béatrice emerges as the very embodiment of innocence and simplicity stacked against the roughness and unsettling nature symbolized by the previous two stories.

The last story touches the inner child in a nostalgia-induced rush and tenderness. It is a very well picked cherry on the top and an anti-thesis to the Guillaume and Charlotte´s bitter and heartbreaking ordeals.

Despite its 130-minute length, the time invested into the film pays off and does not feel as a burden during viewing even though the writer-director prefers a careful and measured plot development.

Intriguing execution, Lesage´s unemotional observation leaves viewers to fully absorb the stories of the protagonists with inner turmoil as the director does not manipulate or superficially disturb the audience.

Genesis´ ambivalence of compassionate and cruel, of the two defining traits of growing up and adolescence, and Lesage´s distanced style and psychological comprehension of his main protagonists make the film a poignant and superior addition to the coming-of-age stories.

GENESIS - Clip 1 from Be For Films on Vimeo.