HOSTILE: Watch an Exclusive Clip From The Post-Apocalyptic Thriller 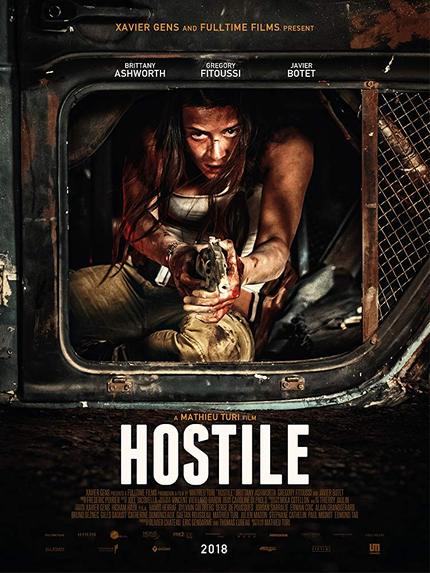 In Mathieu Turi's debut feature film, Hostile, a lone survivor named Juliette struggles to survive against hunger, thirst, a broken leg, and the horrifying creatures that only come out at night in her post-apocalyptic world.

Hostile played in more than 30 festivals last season gaining a few awards for Turi and his team along the way. Now, the film will be released on DVD and digital September 4, 2018. It's a film that tackles well-warn territory in a unique way so it's worth a look for indie genre fans.

The film's US distributors have provided Screen Anarchy with an exclusive clip from the film. In it, Juliette tests her mettle against a "reaper" that's trapped inside a camper. The clip gives you a sense of how self reliant she as the story takes off.