Get Your Gut-Munching Goodies From SEVERIN FILMS With This Amazing Blu-ray Cannibal Combo! 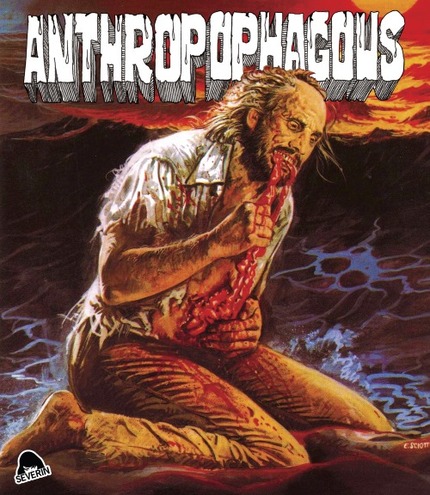 The current kings of cult movie overkill, Severin Films, revealed their latest upcoming releases today. Next up for these heroes is a duo of cannibal classics from director Joe D'Amato and writer/star George Eastman, the legendary Video Nasties, Anthropophagous and Absurd.

Not only are these two films coming to Blu-ray for the first time in the US with an incredible host of bonus material including interviews with the director and his leading man along with other principals of the production, Severin have also gone insane with their latest collector's bundle.

Over the last year Severin Films have formed the habit of supporting their high profile releases with exclusive merchandise like enamel pins, plush dolls (The Sinful Dwarf), pendants (Devil's Rain), t-shirts, and rubber balls (The Changeling), but this latest effort is probably their most insane collection to date.

This is perhaps the best thing ever in the history of movies. Check out the promos and details from Severin Films and then click through the link at the bottom of the page to reserve your bundle!

A Duo of D’Amato Nasties:

Uncut On Blu-Ray For The First Time Ever In America & Commemorative Plush Toy!

On September 25th, Severin Films is regurgitating two of the gutsiest of grim grails ever forged by Italy’s most infamous anti-human maestro, Joe D’Amato. ANTHROPOPHAGOUS (1980) and ABSURD (1981) are coming to Blu-Ray fully uncut and packed with special features to make you lose your lunch! To celebrate these gut-wrenching releases, Severin has also created epically upsetting merchandise that includes an ANTHROPOPHAGOUS plush toy with entrails that pull out of his stomach just like real innards! The toy is safe for children but the accompanying new commercial is probably not.

ANTHROPOPHAGOUS has been called “seriously creepy” (CoolAssCinema.com), “insanely violent” (Nerdist.com) and “truly repulsive” (DVD Talk). It was seized by UK authorities as a ‘Video Nasty’ and accused of being an actual snuff film. Yet even by ‘80s Italian gore-spewing standards, this grueling shocker from sex & sleaze maestro Joe D’Amato (BEYOND THE DARKNESS) still stands as perhaps the most controversial – and extreme – spaghetti splatter epic of them all. Tisa Farrow (ZOMBIE), Zora Kerova (CANNIBAL FEROX) and co-writer/producer George Eastman (STAGE FRIGHT, 1990: BRONX WARRIORS) star in this depraved daddy of cannibal carnage from “Italy’s King of Trash Sinema” (Horrorpedia.com), now featuring a 2k scan from the original 16mm negative – including two of the most gut-retching scenes in horror history – and spurting with all-new Special Features.

ABSURD: Toss away those inferior bootlegs and experience sleaze maestro Joe D’Amato’s infamous follow-up to ANTHROPOPHAGOUS like never before: Borrowing heavily from HALLOWEEN, D’Amato unleashes gut-spewing Greek boogeyman (screenwriter George Eastman) into suburban America for a “gruesome as hell” (CinemasFringes.com) and “incredibly sadistic” (ASlashAbove.com) saga of doomed nurses, butchered babysitters, bio-chemical clergy and some of the most insane splatter scenes in Italian gorehound history. Edmund Purdom (FRANKENSTEIN’S CASTLE OF FREAKS, PIECES) and Annie Belle (HOUSE ON THE EDGE OF THE PARK, LAURE) co-star in this “violence-soaked bloodbath” (Hysteria Lives) and former ‘Video Nasty’ – also known as THE GRIM REAPER 2, ZOMBIE 6, HORRIBLE and MONSTER HUNTER – now featuring a 2k scan from the original negative and gushing with all-new Special Features.

*Also available exclusively from the Severin webstore are bundles including the incredible Anthropophagus plush toy, two new enamel pins from Pseudo Ludo and a brand-new Anthropophagus t-shirt from Pallbearer Press. 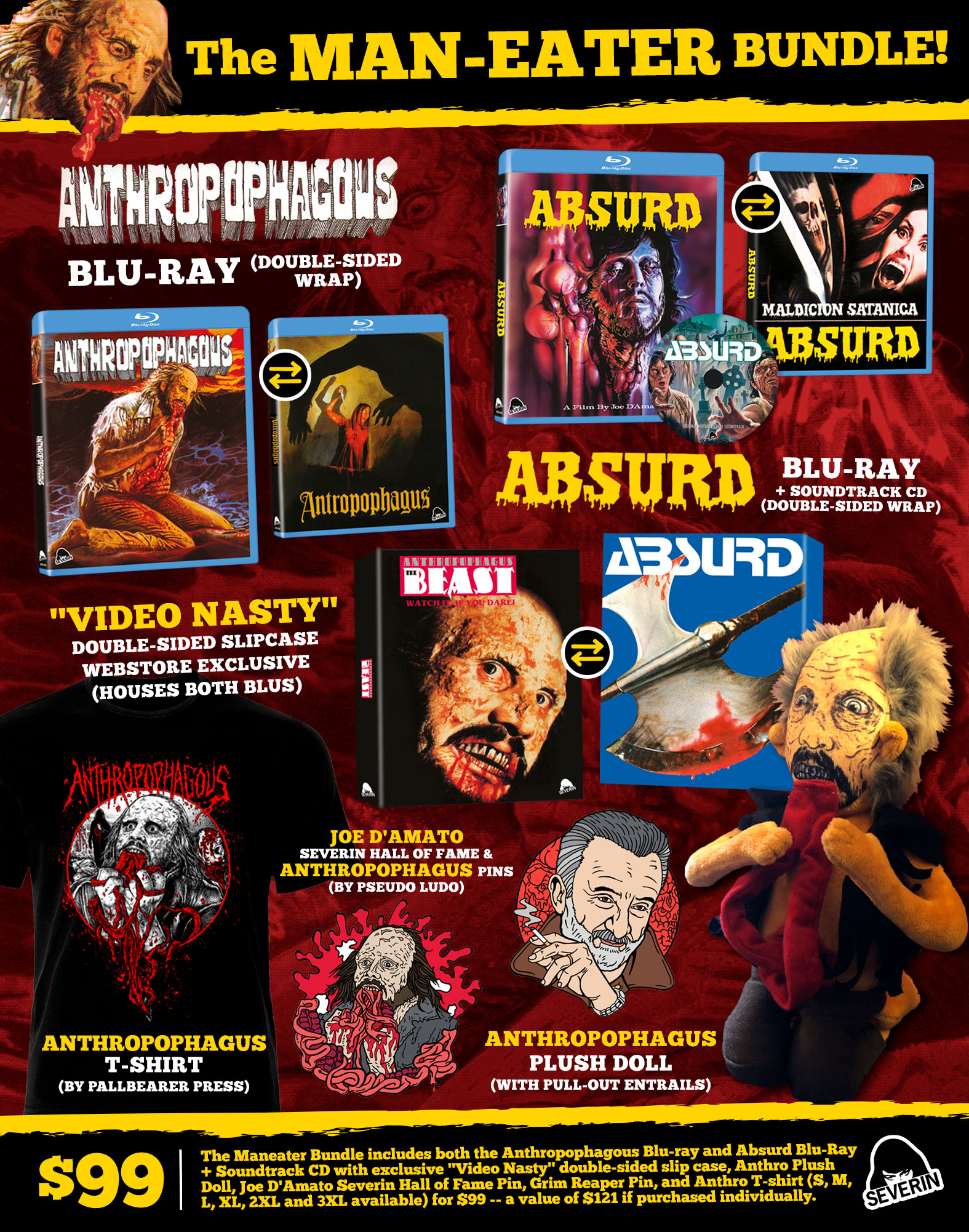 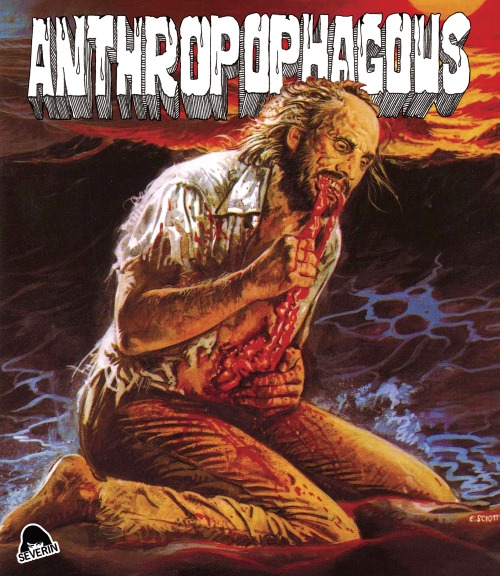 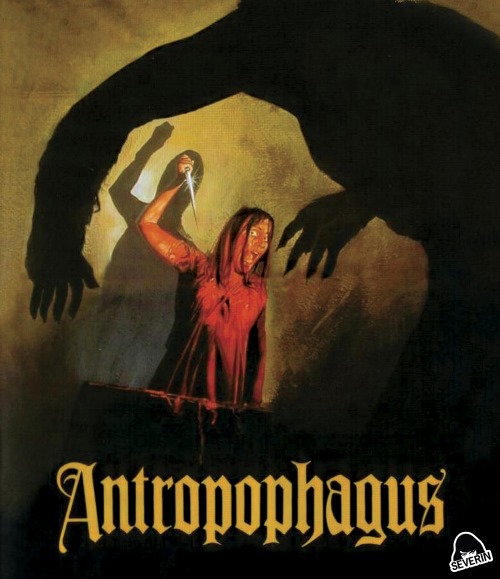 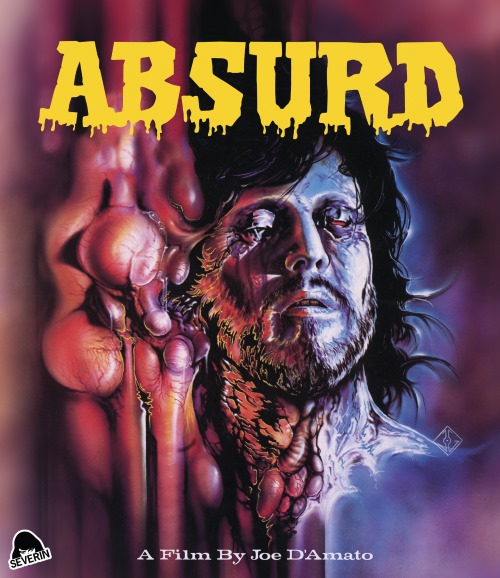 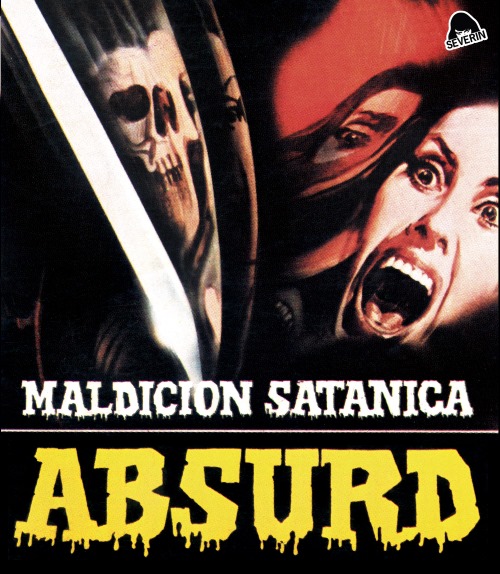