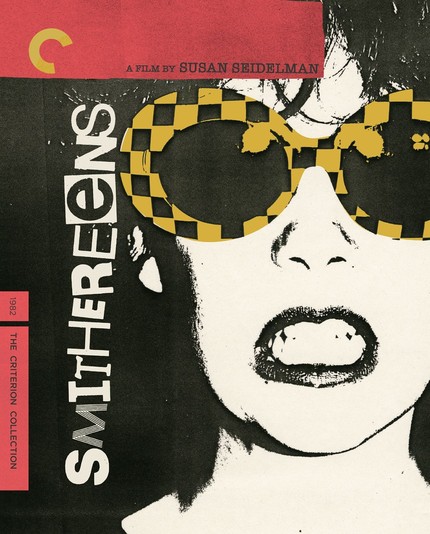 “As if your car were being shot from a pinball machine, down a slope into some rough forest. It was all unknown and possibility.” -- Kim Gordon, on driving into NYC for the first time, circa the filming of Smithereens.

In the two hundred plus years since New York City became America’s first metropolis, few cities have come to inspire the same calling for adventurers in search of varying degrees of freedom; primarily the freedom to carve out an identity; to manifest destiny. Many notably great U.S. cities have come to take on similar allures for the wide-eyed searcher, from Los Angeles to Nashville, but editorially speaking, few bear the same rough-edged good ol’ bohemian romance of New York Town and all the hard-earned personalities of its neighbourhoods and burroughs.

Historically, fresh-faced NY neophytes with artistic aspirations would gravitate to the West village where his/her non-existent budget would go a long away amidst starving colleagues. As decades passed and generations of artists begat generations of artists, energies gravitated toward the East Village in the more recent ancient history of downtown Punk. By the mid-70s, the Robert Zimmerman’s of the world, who in the late 50s/early 60s would have gone straight to the folk-centric Greenwich Village, were now landing in the ramshackle filth of the Bowery district, where people took their lives in their hands venturing into the East Village squalor to participate in the excitement of joints like CBGBs, a hole in the wall situated beside flophouses, so to belong to the counterculture of the day.

As the writer tasked with providing the accompanying essay for Criterion’s new release of Susan Seidelman’s indie-as-fuck first feature film, Smithereens, Rebecca Bengal notes, “New York City was very much a world where it seemed possible to escape where you were from and figure out who you really were. If you were an artist, a punk, a weirdo, a drifter, fleeing a small town or suburb, downtown New York was a mecca and a refuge—dangerous but cheap and full of fellow outsiders.”

While Bengal specifically addresses the streets in which Susan Seidelman’s debut exists, Smithereens is a timeless tale of off-the-bus-ambition. In the audio commentary Seidelman notes that such a story could really take place at any time, as there will always be young people like Smithereens’ anti-hero, Wren.

Throughout the features, it is oft remarked that a looming influence on Seidleman was Giulietta Masina’s character/performance in Fellini’s Nights of Cabiria, in which Masina plays a vagabond sex-worker who restlessly hustles her body to get by. Wren is by no means a prostitute, but she demonstrates the fine line between sex-work and opportunism. Regardless of the sexual politics, much of the SmIthereens charm comes from seeing this tale play out so authentically alongside such a pivotally cool moment in NYC’s countercultural history.

Like Thurston Moore and Kim Gordon at that time, Wren works at a Xerox shop - the ideal job for DIY copy artists keen on plastering the scene with easily produced punk imagery. The job offers Wren the means to manufacture punk selfies, which she relentlessly pastes on the walls of subways, boasting the intriguing tag in a ransom-letter font: “Who is this?”. She aspires to carve out a home for herself within the scene in which she identifies, but craving fame without talent only takes her so far. Wren casually sees a man a la Richard Hell, played stoically cool by Richard Hell. Hell, as Eric, is an equal in her eyes, but one who recklessly plays with her hopes and, much to Wren’s chagrin, her feelings.

When Wren is in between crashpads, she walks the bankrupt streets of President Ford’s “Drop Dead!” NYC, carrying a bag containing her few items of loud clothing and a TV, which surely signifies something or other. Is it the upcoming MTV that will very soon ‘kill the radio star’? Or does Wren’s sheer ambition unknowingly predict a social media landscape verging on desperate narcissism? It would be easier to call it a cautionary tale if the film didn’t love its protagonists so thoroughly. Consequently, Smithereens is as stylish, watchable, and complicatedly lovable as its hero.

Had Criterion served Smithereens à la carte, the disc would still be worth the purchase for its restoration alone, considering that, until now, at least any version I’d come across looked as dishevelled as the streets of Manhattan’s lower east side circa Smithereens. Of course, Criterion would never do that to us, and so with the stunning 2k restoration that so vividly presents punk’s ancient mean streets, comes a plethora of content effectively providing ‘the Susan Seidelman story’, via an enlightening conversational commentary from 2004, and two stellar interviews conducted by Criterion for the occasion with Seidelman and Susan Berman, who was recruited for the part of Wren in a fittingly neorealistic fashion.

The package also includes Seidelman’s two NYU film school shorts. With the inclusion of You Look Like One Too (1976) and Yours Truly, Andrea G. Stern (1979), we can track Seidelman's interests in the domesticated modern woman, post-women’s lib, trapped in the role of housewife yet hungry for the excitement she’s committed to her rear-view mirror. Smithereens provides the antithesis of the modern housewife in Wren, who despite her flaws, embodies the freewheelin’ ragamuffin you can’t help but admire for going for ‘it’, even if that ‘it’ is as confused as her methods of achieving ‘it’. One can easily imagine Wren as the stifled housewife’s hero, which accounts entirely for Seidleman’s follow up, Desperately Seeking Susan.

Madonna is nothing if not a more successful Wren, and as serendipitously, her casting was not dissimilar from Berman, a punk about town with a style that screamed Wren, who fatefully caught the eye of the production. Madonna, a New York character oozing with vibrance, caught the attention of the Susan casting department. Written by Leora Barish, Desperately Seeking Susan is a fantasy that unites Seidleman's earlier work with Smithereens in the character of Roberta, played by Rosanna Arquette; a bored New Jersey housewife, who, after suffering amnesia, finds a new life in downtown NYC where she’s frequently mistaken for a free-spirited drifter named Susan.

All this to say, it’s great to see this necessary light shine onto Seidelman and her inspirational debut, Smithereens… an indie that will always burn bright in its angsty youthful ode to the lost, adorned by the trash zeitgeist it captures. With the inevitable cleansing of the rough and tumble streets of New York City, came a wash of purity; a Disneyfication that left no room for filthy flowers that emerged from its trashladen landscape.

Of course, it’s all for the best. The NYC of the mind still lives on to inspire and beget future generations, and thankfully, there’s an endless well of artifacts from the bands and films that roamed the street to fuel the fire by evoking the time and place. Chief among them is Smithereens and thanks to Criterion, you can now visit that place at any point. And it looks fucking fantastic.

Do you feel this content is inappropriate or infringes upon your rights? Click here to report it, or see our DMCA policy.
CriterionNew York CityRichard HellSusan BermanSusan Seidelman