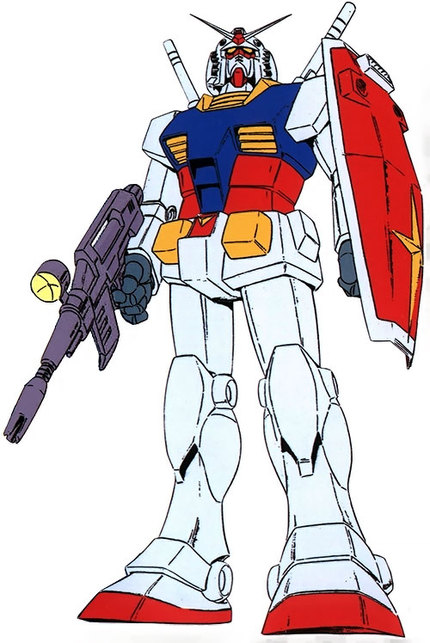 Today at Anime Expo in Los Angeles it was announced that Legendary Pictures will co-produce a live action Gundam film with the anime's owners Sunrise from Japan. Gundam, credited with popularizing the giant robot genre in anime back when its first series ran in 1979, has grown into an international phenomenon. Since then there have been countless series, OVAs, films, mangas, models, video games and toys sold around the world.

Many will tell you that Guillermo Del Toro was influenced by Gundam when creating Pacific Rim. Search online and you will find sites numbering off the many easter eggs hidden in the first film, let alone the statue of the RX-78-2 in the sequel Uprising. In that first series humankind has ventured out into the stars to escape an overpopulated Earth. As colonies are wonton to do they want independence from Earth, a recurring theme in a lot of sci-fi over the decades, and they attack Earth piloting their giant war robots called Gundam. Personally, I am not so much worried about what the story is going to be. Being artistically inclined my concerns will always be first and foremost with the production design and to see if they remain faithful to the original mecha designs. Or, will they go the route of that giant and noisey robot franchise, push the overkill button and make the Gundam look like giant swiss clocks in armour. The Wrap is reporting that Pacific Rim Uprising producer Cale Boyter is going to oversee the production, but he will be doing so with Sunrise's creative team. We give the Japanese permission to be as stubborn as need be to make this live-action Gundam film stand out from the rest and remain faithful to the source material.