Fantasia 2018 Review: ROOM LAUNDERING Is A Cutesy Film About The Dead Teaching Us How To Live 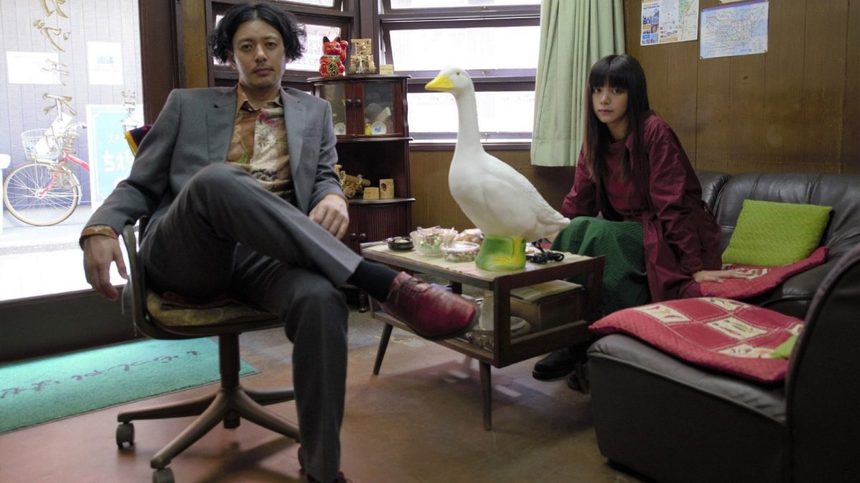 Another solid entry in the quirky-Japanese-comedy genre, Katagiri Kenji's Room Laundering is the sweet tale of a girl who sees dead people. The basic premise is based upon the law stating that landlords must divulge to potential tenants when a death has occurred in their proposed new home. What the law doesn't state is the time period under which these disclosures must be made. So, in order to interpret the law to their advantage, the commonly held belief is that as long as the potential tenant is one occupant removed from the actual death, you don't need to disclose. Enter: Miko.

Miko (Ikeda Elaiza) is a loner who works as in "room laundering", basically she acts as the buffer between the tragedy and the next tenant who doesn't need to hear about the tragedy. Miko moves into apartments when someone has died for a few months and then moves along when the landlords find a real tenant. Her life is lonely and transient, and she's fine with that.

With a father who died when she was five and a mother who ran away a year later, Miko grew up with her grandmother, a sweet woman who finally passed on shortly after Miko turned 18. She was then taken in by her hustler uncle Goro (Odagiri Jo), who does anything he can to make a buck, including offering up Miko as the sacrificial lamb to landlords desperate to move undesirable units.

The thing is that even though she lives by herself, Miko is never really alone, because Miko sees ghosts. With every one of her dwellings being the location of some tragedy, it means that she is always in the company - usually unwanted - of ghosts. Most of the time she ignores them, but when she parks her things in the former home of suicidal punk rocker Kimihiko (Shibukawa Kiyohiko) and stumbles upon his abandoned demo tape, she starts to understand that maybe she can do more than simply tolerate the dead. Maybe she can actually help them.

The story grows more complex when, for the first time, she moves in to an apartment where a murder had taken place and the resident ghost is much less at peace with her fate. At this point Room Laundering could very easily have turned into a mystery adventure along the lines of The Frighteners, The Sixth Sense, or any number of other films about psychics working to help put souls at peace, but this film isn't all that concerned with the actual murder so much as it is concerned with the way in which the process of solving the crime helps Miko evolve past her entrenched ennui.

Ikeda and Odagiri hold down the fort well, even though the nature of Ikeda's Miki means that there really isn't much capital-A acting to be done. Odagiri's Goro is a little bit more expressive and really the emotional core of the film, even though he's not in it nearly as much as Miko. The ghosts of Kimihiko and the murdered woman, Yuki (Mitsumune Kaoru) add much needed flavor to the overall tone of the film, which is whimsical on the surface, but often rather dour due to Miko's demeanor.

Room Laundering's low-key atmosphere is definitely lightened by a bouncy score from Kawashima Kanô, whose work never lets us forget this is a comedy even as Miko's long dark hair often threatens to swallow her face, J-horror style. Bright, detail packed visuals also help to keep the mood airy, and while the cinematography and FX certainly aren't flashy, there's always something on screen to catch the eye.

Katagiri Kenji's feature directorial debut is a fun, lightweight coming of age story about learning to accept our flaws and turn them to our advantage. Room Laundering isn't among the greats in terms of subtle Japanese comedies of this century, that title would likely belong to any number of Satoshi Miki projects, but it's a pleasant diversion that feels just familiar enough to be comforting, but different enough in terms of tone to keep the audience's interest.

Do you feel this content is inappropriate or infringes upon your rights? Click here to report it, or see our DMCA policy.
Kenji KatagiriTatsuya UmemotoJoe OdagiriKentaroElaiza IkedaKiyohiko ShibukawaDrama