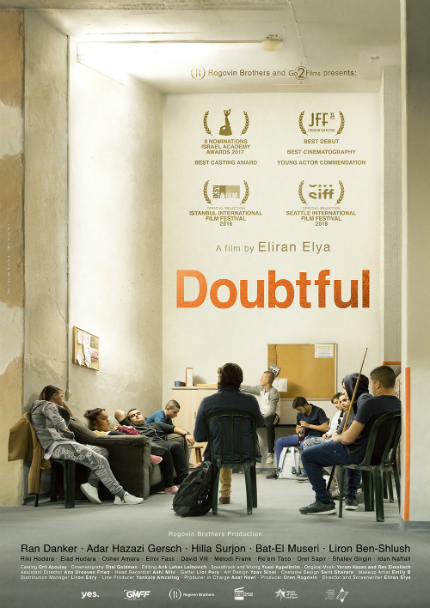 Finally, a clip that is relatable to all of us: a fight over film genre that leads to violence.

It's a small sample from Doubtful, which will screen tonight (Sunday, June 3) at the Seattle International Film Festival. The film follows a screenwriter and poet from Tel Aviv who ends up in circumstances he's never encountered before. Here's a bit more from the official verbiage:

"An emotionally scarred writer is sent to teach a group of juvenile delinquents in a small Israeli town, where he discovers a talent for encouraging his students to express themselves through filmmaking and forms a special bond with one troubled teen. Inspired by real events, with the participation of 11 non-actors."

Our exclusive clip starts in a genial mood, and then quickly bursts into something else, which makes me quite eager to watch the film in its entirety.

Watch the NSFW (Not Safe for Work, due to language) clip below, and also the trailer. If you're attending in Seattle, visit festival's page for Doubtful for screening and ticket information; writer/director Eliran Elya is scheduled to attend.