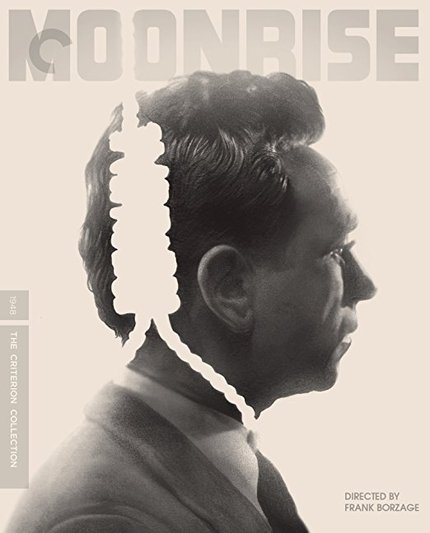 Director Frank Borzage was never one to wallow in the darkness. He made quality dramas, his work spanning from the silent era into the  early 1960s. Although one of the major filmmakers in his earlier career, we don’t hear all that much of the cinematic imprints and impressions of Borzage today.

Why is that? Sure, it’s true that any given canon is only so large, but Borzage is someone who was thoroughly respected, having won Academy Awards as Best Director twice (1929 for 7th Heaven and 1932 for Bad Girl), as well as displaying an undeniable authorial vision and distinct worldview.

Like John Ford, Fritz Lang, and Yasujirô Ozu, Borzage started early enough and worked long enough that he witnessed numerous technical innovations and shifts in public taste, not to mention a world war or two. But whereas the aforementioned directors are now marble icons in every film buff’s consciousness, Borzage is someone we need to remind ourselves of. We’re uncertain how to pronounce his name. We’re taken by surprise when Criterion announces that they’re releasing one of his films.

And yet, that’s exactly what has happened. Despite the active diligence of many “Criterion communities,” comprised of devoted fans whom love to spend much time pining over the clues both intended and unintended by the boutique company, Moonrise snuck up on most everyone.  Despite the film having been a public domain mainstay for years, resulting in scores of poor quality, cheapo DVD editions, Criterion’s version (like their hi-def treatments of Carnival of Souls and Night of the Living Dead) is a worthy endeavor, a heroic salvage job for the Ages. The film has been given a very nice, crisp transfer; its serviceably striking black and white photography (by John L. Russell, Psycho) wholly immersive. After the first 20 minutes, you’ll want to stay for the duration.

... Which means that, yes, Moonrise takes some warming up to. Some may feel that Borzage’s use of fevered montage/flashback/flash-forward(?) is an inspired “grabber” of an opening, but like so much of the initial action, it’s all intrigue without investment. The investment arrives just a bit later; it’s solid. 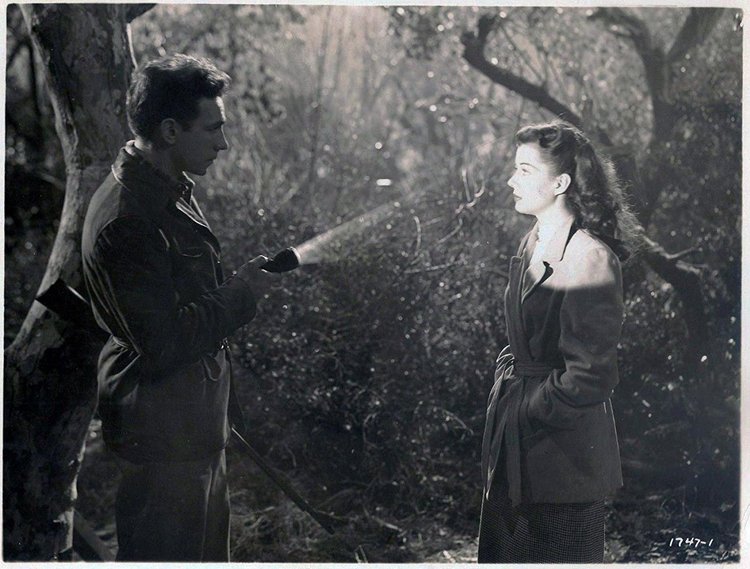 From the start, our rodent-like protagonist, Danny Hawkins (played by Dane Clark), is haunted by the harsh torment he received growing up in the shadow of his father’s capital punishment death by hanging. As an adult, he’s triggered just as easily to extreme repercussion as he was as a kid.

In the first few minutes, a friend (young Lloyd Bridges) who used to mock him in the schoolyard says the wrong thing, throwing Danny into a murderous rage. Next thing we know, Danny is covering up a murder while also legitimately trying to woo the girl (Gail Russell) who loved the dead man. Not exactly classic Hollywood lead character attributes.

In the only bonus feature on the Blu-ray, Borzage historian Herve Dumont points out to Interviewer Peter Cowie that the director was never one for the film noir trend of the time, and Moonrise was his anti-Noir response to it. I wouldn’t go so far as to label the film the “complete subversion of film noir,” as Moonrise wields a murder-driven spiral for most of its running time, and boasts some expressionist, moody photography and set pieces -- Danny’s mental breakdown on a ferris wheel is an expertly crafted doozy of a moment -- for the duration.

While there most certainly are aspects that render Moonrise atypical in the film noir canon, it nonetheless belongs. Noir is, after all, a style, and a genre. Therefore, the whats, whys and hows of its entries can be frustratingly slippery when attempting to classify.

Borzage (the experts pronounce it “Bohr-ZAY-gee,” by the way) re-emerged with Moonrise, named as much for its outdoor ambiance as a nightclub song that’s sung around the time of the murder Danny commits, only to wane almost completely after its failure. A few more blip-on-radar efforts, and he’d be done. A few years after that, he succumbed to cancer.

The malaise of the post-war years didn’t suit handsome idealist Borzage, that much seems to be quite true. There was always room for redemption in the director’s melodramas, even the unheard of redemption through murder that arrives in Moonrise.

That notion sounds like madness on its own accord, but through the filter of Borzage’s world, one where a wizened lamenting swamp recluse called Old Mose (a powerful Rex Ingram) is the deep voice of reason and moral compass, admitting guilt is what sets one free. Legal doom, yes, and maybe even a gallows all his own. But also a spiritual release that is all its own. It's a premise that is somehow so warped, it’s right.

As to whether or not Moonrise, with its single paltry bonus interview and a printed essay by Philip Kemp that unfolds into a cumbersome poster, is worth a purchase or not is entirely in the eye of the beholder. Noir fans, as well as fans of crime stories and, yes, Frank Borzage (if you're out there) should certainly rise for this one, though.

Do you feel this content is inappropriate or infringes upon your rights? Click here to report it, or see our DMCA policy.
CriterionDane ClarkFilm NoirFrank BorzageGail RussellMoonrise