Criterion in August 2018: THE TREE OF LIFE Takes Root, Plus SMITHEREENS and More Essentials 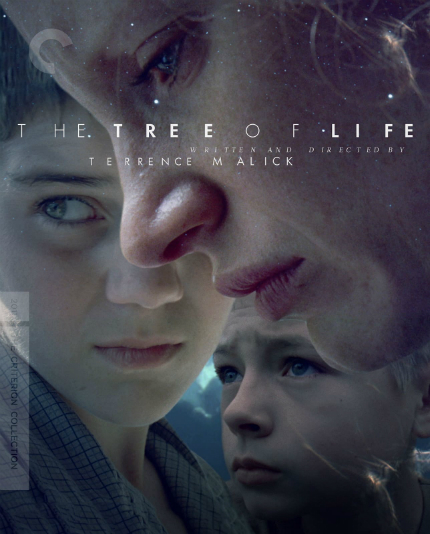 Appearing on Blu-ray and DVD for the first time, Robert M. Young's The Ballad of Gregorio Cortez will be released by the Criterion Collection in August 2018. Inspired by a true story, the film stars Edward James Olmos and is "a thrilling chase film and a nuanced procedural," per the press notes.

From Cuba comes Memories of Underdevelopment by Tomás Gutiérrez Alea, which "provides a biting indictment of its protagonist's disengagement and an extraordinary glimpse of life in postrevolutionary Cuba." The critically-acclaimed film will appear in a new 4K restoration.

I regret to say I have not seen either of those films, which I hope to remedy in August. On the other hand, I have seen the other three titles set for release by Criterion. Smithereens was a thrilling film to watch in 1982, all dirty and grungy and lo-fi, shot in 16mm and revolving around Wren (Susan Berman), a punk who scared me. Seeing Richard Hell on the big screen was a shock and I got easily hooked by the soundtrack, tracking down the Feelies and listening to them on vinyl endlessly. A new 2K digital restoration is on its way.

Back in 2011, I called Terence Malick's The Tree of Life a "towering achievement," among other things. (I also wrote about how it got made here.) So word that Criterion will include a new version of the film that includes "nearly fifty minutes of additional footage" is rather staggering to hear.

For lovers of classic films from the 1940s, Ernst Lubitsch's Heaven Can Wait should press plenty of buttons. It has also received a 4k digital restoration.

Visit the newly refurbished Criterion site to learn more and order, if you wish.

Do you feel this content is inappropriate or infringes upon your rights? Click here to report it, or see our DMCA policy.
CubaErnst LubitschRobert M YoungSusan SeidelmanTerence Malick

More about Tree of Life