The 17th edition of the Tribeca Film Festival, running through April 29, is once again packed with films, talks, and moving image work beyond film such as VR, television, online work, and gaming events. The opening film is Lisa D'Apolito's Love, Gilda, a documentary about the late, beloved comedian Gilda Radner; the centerpiece is Drake Doremus' sci-fi romance Zoe; and closing out the fest is Liz Garbus' documentary The Fourth Estate, detailing how the staff of The New York Times dealt with the election and subsequent first year of the Donald Trump administration.

This year's edition boasts 96 feature films, which includes a particularly notable statistic: a record 46% of them are directed by women, a fact that resonates for obvious reasons relating to the current heightened consciousness of women's position within the film industry and beyond. In keeping with this theme, TIME'S UP will host its New York inaugural event during the festival, featuring many relevant speakers and conversations.

In other words, Tribeca will as usual be an amazingly packed 12 days. Below are my picks of ten festival selections, culled from various areas of programming, that may lack the star power of other films on offer, but are no less accomplished or worthy of your time.

For information on these and other films, visit Tribeca's website. 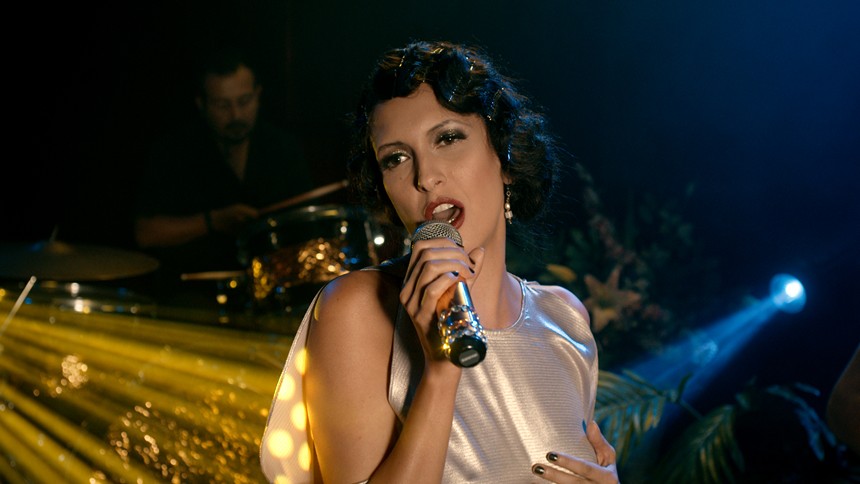 Antonella Costa is the riveting center of Sandoval's road movie - traveling from Argentina to Chile - wonderfully embodying the journey of the titular Martina's quest to get her groove back, both inside and outside of the bedroom.

We first meet Martina as her singing career and love life are on the skids, resulting in her severely reduced libido (hence the "dry" of the title). But all that changes when Francisca (Geraldine Neary), a super fan of Martina's barrels into her existence. Francisca claims to be a long-lost half-sister, and exhorts Martina to follow her to Chile to meet her father. Martina agrees, not because she believes this story, but to get closer to Francisca's boyfriend Cesar (Pedro Campos), whom she believes is the key to regaining her lost sexual desire.

This all unfolds with an unforced and naturalistic wit, with Martina's central journey encompassing several other colorful characters, traversing a landscape that is just as continually entertaining and surprising as the people who travel across them. 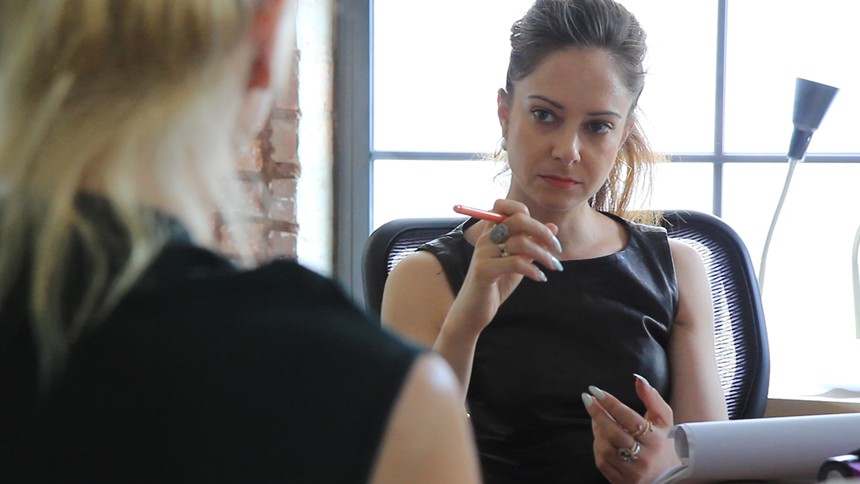 In keeping with the heightened consciousness, in the wake of #MeToo, and of abuse suffered by women in many areas of society, Netizens is nothing if not extremely timely. Lowen powerfully depicts how dangerous a place the internet and social media can be for women, through the stories of three women: Carrie Goldberg, a lawyer specializing in cyber abuse of women; Anita Sarkeesian, a media activist critiquing depictions of women in pop culture, faced with vicious online threats by men opposed to her work; and Tina, a woman whose lucrative livelihood was destroyed by an ex-boyfriend who spread scurrilous rumors about her online. 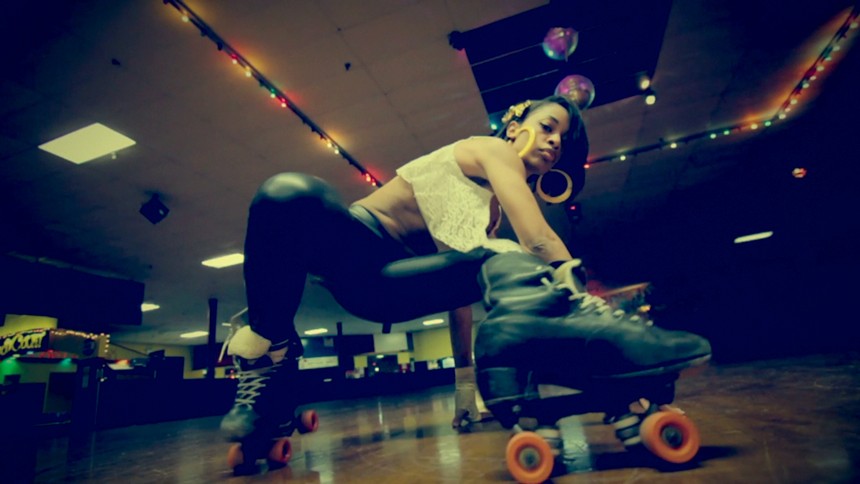 This visually electric and lively documentary captures a culture that has long flew under the radar of mainstream American society: African-American roller rink culture. Providing a safe space for many black communities, as well as incubators of hip-hop music and culture, roller rinks often also represented some of the last vestiges of racial segregation. Black people, particularly in Southern communities were often either banned outright from roller rinks or only allowed on certain nights, often euphemistically termed "Adult Nights."

United Skates documents the state of black roller-rink culture, which is rapidly dying out due to the closing of rink in favor of urban re-zoning that favors large corporations and luxury residences. The film follows a number of characters to whom this culture is a lifeline that ameliorates the struggles of their existence. It's simultaneously an elegy for and a celebration of a vital culture worthy of cultivation and preservation. 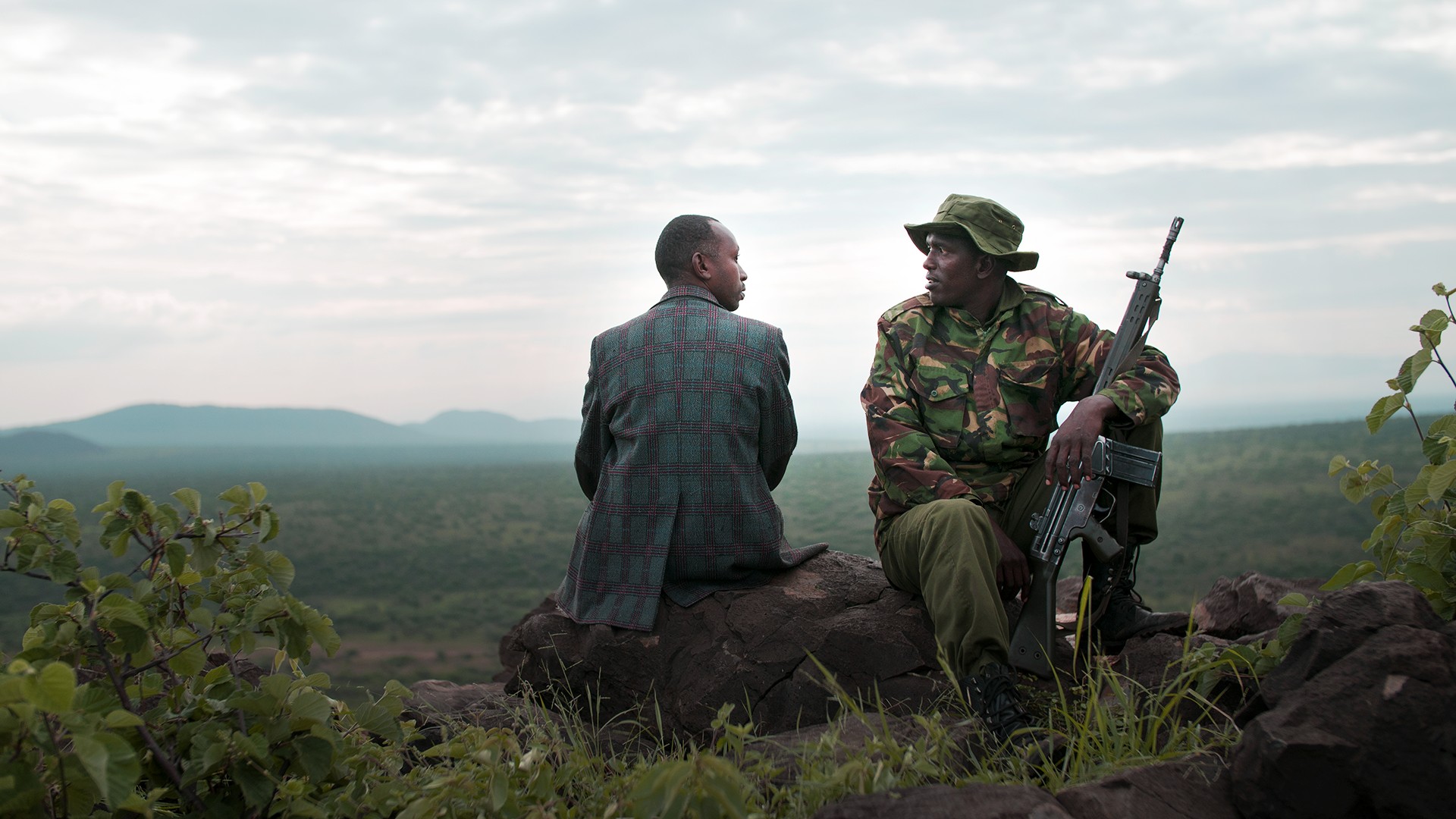 This visually striking documentary looks at issues of environmental conservation and protecting endangered wildlife from the unique perspectives of those who are intimately connected to these issues from both sides of a legal dividing line, a line that is often morally blurred.

Set in Kenya, and shot over three years, the film follows three main characters: X, an ivory poacher and dealer; Lukas, an elephant hunter; and Asan, a wildlife ranger tasked with preventing poaching, who's also X's cousin. Employing an intimate verite style that gives it the feel of a narrative feature, this is a remarkably nuanced look at the human beings caught in the center of environmental issues, whose actions are driven and determined by their economic struggles and the often difficult act of simply surviving. 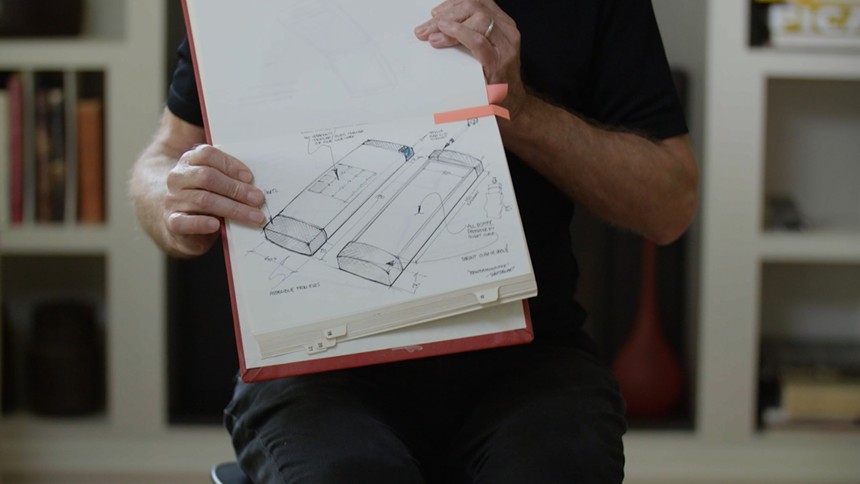 This documentary relates the fascinating story of what is perhaps the most influential Silicon Valley company you've probably never heard of. General Magic was a tech company founded in 1990, a spin-off of Apple and staffed by some of Apple's key players. The product they came up with in 1994 was a hand-held device that was essentially the first smartphone, equipped with much of the touchscreen, icon and emoji technology familiar to us today.

The problem was that in 1994, the infrastructure of the internet, personal email, social media, and similar technology didn't really exist, making it a product that was not very useful to most consumers, as well as prohibitively expensive. As a result, General Magic went down as a failed company, eventually shuttering in 2002.

However, what the staff at General magic envisioned eventually came to fruition with the advent of the iPhone and Android, and former General magic staffers went on to do such things as found eBay and design such technology as the Apple Watch, making this failed company have a heavy footprint on the tech advances that followed in its wake.

General Magic deftly follows the wild ride of this company and the shifting forces of its idealistic staffers who were eventually worn down and defeated by the brutal realities of the marketplace. 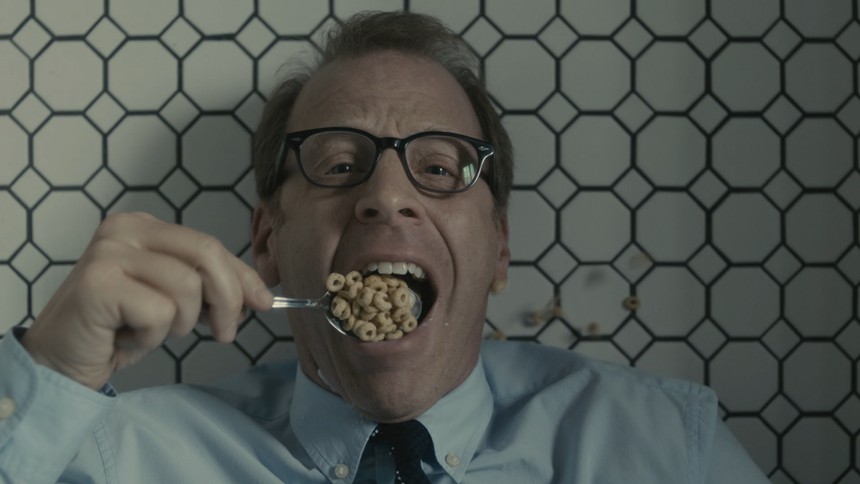 Song of Back and Neck (Paul Lieberstein)

Lieberstein, best known as an actor, writer, and producer on The Office, here makes his debut as director (he also wrote and stars). He has made a film that in less skilled hands could easily have turned into an insufferably quirky romantic comedy. However, Lieberstein deftly avoids the minefields of his material by subtly underplaying and exhibiting an understated wit that serves his film well.

Lieberstein plays Fred Trolleycar, a paralegal at his father's law firm, who is slowly but surely being pushed out by one of the younger partners. Fred also suffers from chronic, near crippling back pain. He gets help by an attractive client named Regan (Rosemarie Dewitt), who has hired the firm to handle her divorce. Breaking the edict of fraternizing with clients, Fred begins seeing Regan romantically. He takes up her suggestion of acupuncture that initially seems not only to cure his pain, but also uncovers a hidden talent of Fred's. I won't give that away, since the discovery of that talent is one of the film's highlights, other than to say that it's hinted at in the title.

This seriocomic story of a man and his dog illustrates timely issues of borders and occupation, in this case concerning the island of Cyprus. Part of Cyprus has been occupied by Turkish forces since 1974 and this divided island is the source of fraught ethnic and political conflicts.

Yiannis (Adam Bousdoukos), a failed musician, is looking to leave Cyprus in search of greener economic pastures. However, his plans are upended when his beloved dog Jimi, runs away and escapes across the UN-buffered border separating the Greek and Turkish sections of the island.

Getting Jimi back proves to be far from a simple task for Yiannis, as regulations prohibit live animals from being taken across the border. Yiannis quest for a solution to bring his dog home encompasses many colorful characters, including a fixer/professional smuggler and a Turkish settler. The many comic episodes are based in a deadly serious conflict that unfortunately seems to have no end in sight. Piperides' appealingly light touch as a director takes nothing away from his serious commitment to his chosen subject matter.

This is the first film to emerge from AT&T's "Untold Stories" program, which gives grants to filmmakers from underrepresented groups. Okoro, who won the inaugural award to make this film, displays an impressive sense of suspenseful staging that comes to the fore in the latter passages of the film.

Nigerian Prince centers on Eze (Antonio J. Bell), a young Nigerian-American sent by his mother to Nigeria against his will, who gets mixed up with his cousin, the ironically-named Pius (Chinaza Uche), who makes his living perpetrating "Nigerian Prince" junk e-mail scams and other schemes to fleece people out of their money.

Making evocative use of its Lagos locations and featuring both African-American and local Nigerian acting talent, the film opens the door to a culture unfamiliar to many of us here in the States, and does a fine job of illuminating issues of cultural identity and crime. 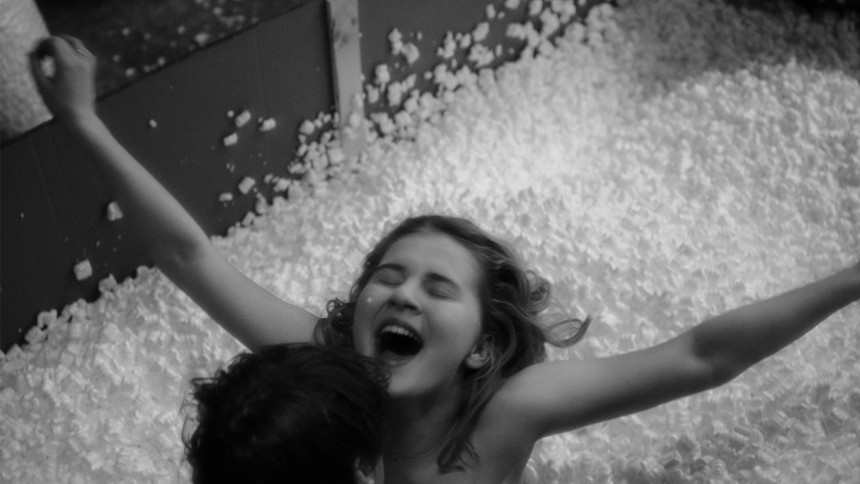 This French-Canadian teen comedy takes a unique approach to its genre. Shot in black-and-white, already separating it from other films of its ilk, its perspective is also quite different from the norm: a frank, unapologetic depiction of female adolescent desire, and the stark double standards regarding similar behavior among teenage girls and boys. Its toy-store setting proves to be a thematically appropriate one, as its characters begin experiences with adult behavior but yet have not quite escaped the trappings of childhood.

Set against the backdrop of the 2011 London riots, Obey vividly captures the claustrophobic feeling of being trapped by economic hardship, broken homes, and racial tensions exacerbated by heavy-handed and often racist law enforcement. The film sticks closely to its central character, Leon (Marcus Rutherford), dealing with an alcoholic mother and her abusive boyfriend, and who looks to boxing for escape and solace.

Mixing staged scenes with documentary footage, Obey contains impressive performances (especially by Rutherford) and a visceral approach to evoking its time and place. And although the riot backdrop sometimes seems tacked on to a familiar story of young unrest, the films still often impresses with its immediacy and urgency.