Wow. Are we talking about Fantasia already? We are barely out of the deep freeze of Winter so we imagine the Fantasia staff have emerged from their burrows and have good news to share with us.

The first bit is that the wonderful work of Donald Caron is again on full display in this year's poster. Caron's work is nothing short of magical and every year's poster is better than the last. 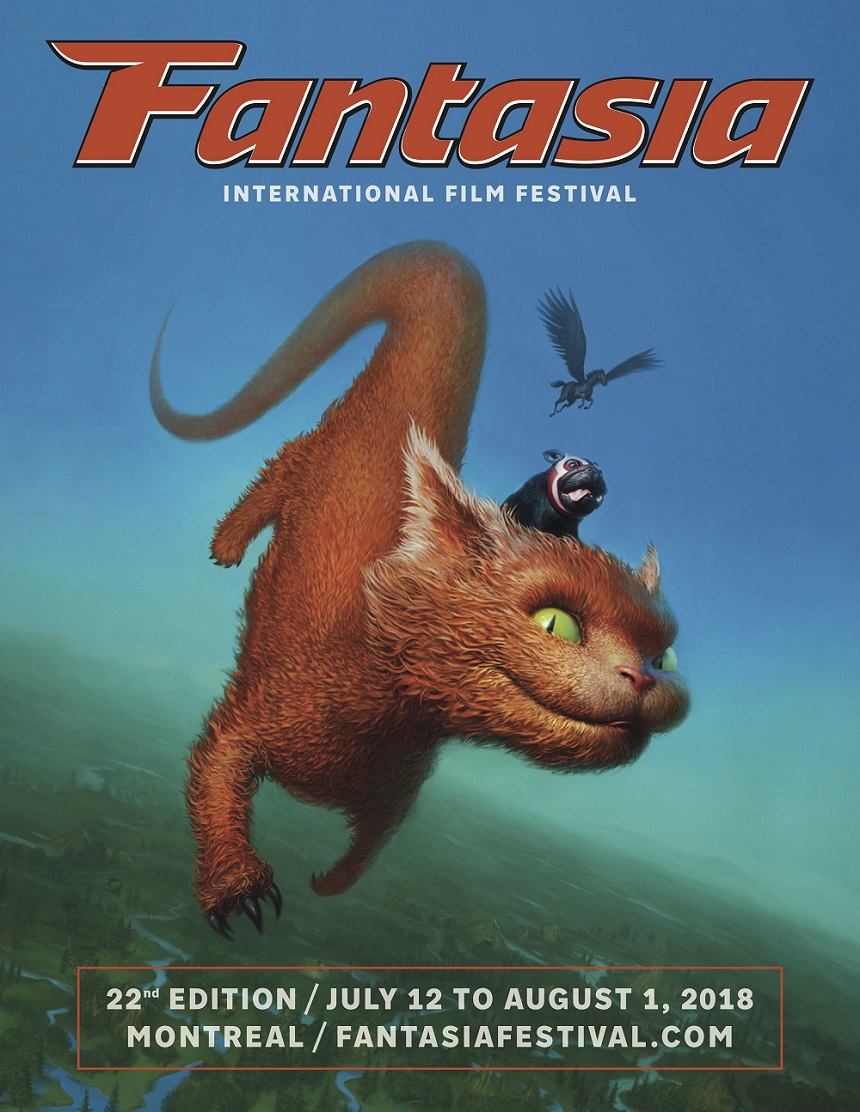 The second bit of news is that the festival has announced the first two titles to play this Summer. Likely surprising no one, Summer of '84, the second feature film from those crazy kids at RKSS (Turbo Kid) are bringing their thriller home to the Montreal crowd. Honestly, if Summer of '84 were not playing at the festival we may have had to reconsider which gods we prayed to each night because clearly the current ones were not listening.

And to showcase the crop of emerging filmmakers in Montreal there comes the omnibus horror flick Montreal Dead End. 18 filmmakers from around Quebec are showcased in this horror flick that just had its world premiere in Brussels.

As per usual we will be keeping an eye and ear out for program announcements as the weeks lead into Summer. The family here at Screen Anarchy is already preparing ourselves to give you the best coverage our livers can muster after a couple days at the festival. Stay tuned.

Montreal, Quebec - April 10, 2018 - The Fantasia International Film Festival returns to Concordia University, The Cinémathèque Québécoise, and The McCord Museum from July 12 to August 1, 2018, to celebrate its 22nd edition. Talented Montreal illustrator Donald Caron, who has crafted emblematic imagery for the event since 2011, has designed a whimsical new original poster for the festival’s 2018 edition.

More than ever, Fantasia now provides a prominent showcase for Quebec cinema by presenting dozens of shorts by local creators, as well as a selection of feature films from Quebec. In addition, the festival pays tribute to a key figure in the Quebec film industry with its Denis Héroux Award, which has been granted since 2016 to a local creator to mark exceptional contributions to the development of genre and independent cinema in Quebec.

In celebrating this, it is with great pride that the first two features confirmed for Fantasia’s 2018 edition come from both seasoned and first-time Quebec filmmakers. First up, Fantasia will showcase the Canadian Premiere of RKSS’s acclaimed Sundance smash SUMMER OF ’84 as a gala Opening Weekend event. The sophomore film from the adored Quebec filmmaking trio of François Simard, Anouk Whissell, and Yoann-Karl Whissel, follows up their celebrated 2015 feature debut TURBO KID (itself born out of Frontieres, Fantasia’s International Co-Production Market). A tense, gripping thriller set in mid-80s suburbia, SUMMER OF ’84 stars Mad Men’s Rich Sommer and stylistically displays an entirely different approach from what RKSS have done to date.

“François, Anouk, and Yoann are absolute family to us here,” said Fantasia Co-Director Mitch Davis. "In many ways, they’re a spearhead of a generation for Quebec fantastic filmmakers who grew up at Fantasia and are now stunning the world.  We’ve been showing their work since 2008 and we’re thrilled to be presenting SUMMER OF ’84’s Canadian Premiere. We adore everything that it represents, while showing RKSS’ striking versatility as storytellers and marking their first time directing a third party screenplay. They’ve knocked it hard out of the park. There’s nothing they can’t do."

Fantasia 2018 will also showcase the North American premiere of the omnibus feature MONTREAL DEAD END, hot off a roaring World Premiere in Belgium this past weekend at the Brussels International Fantastic Film Festival. Directed by no fewer than 18 emerging filmmakers, including Rémi Fréchette, Eve Dufaud, Jimmy Pettigrew, and Priscillia Piccoli, MONTREAL DEAD END is more than a film - it is the manifesto of a rising generation of filmmakers who loudly and proudly shout their love and their desire to make cutting-edge genre cinema in Quebec.
A first wave of Fantasia 2018 programming will be announced in the coming weeks. Bon cinema!