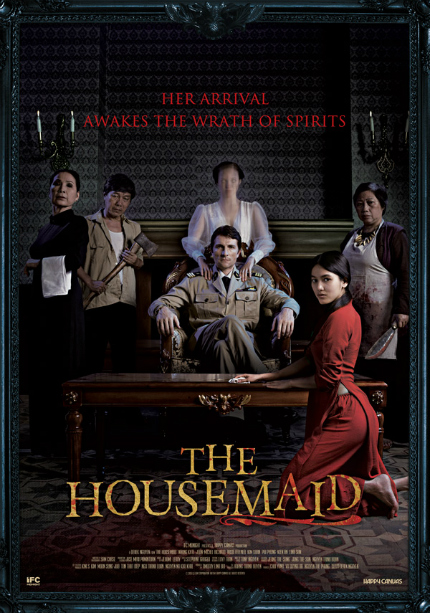 Heading for release in the U.S. on February 16, Derek Nguyen's The Housemaid has received positive advance acclaim. And now its planned English-language remake has nabbed an Academy Award-winning writer.

First, about the original:

Soon, a torrid love affair develops between the two - a taboo romance that rouses the ghost of Laurent's dead wife, who won't rest until blood flows. Submerged in moody Gothic atmosphere, this stylish supernatural saga confronts the dark shadows of Vietnam's colonial past while delivering heart-stopping scares.

Now, about the remake. Geoffrey Fletcher, who an Academy Award for scripting Precious, has been hired to write the screenplay, according to Deadline. The report also says: "Like the original, the remake will stick to the same concept, exploring racial and social themes. However, it will take place in the deep South during the Reconstruction Era."

Director Nguyen noted: "When writing the original script for The Housemaid, I became aware of the many parallels between the lives of Vietnamese indentured servants during the French colonial period and African American slaves in the American South." The remake is being mounted by CJ Entertainment, the Korean powerhouse.

So, while the remake sounds quite promising, those of us who haven't seen the original, Vietnamese production yet will have that opportunity, at least in the U.S., via IFC Midnight. Watch a trailer below