Review: THE GREATEST SHOWMAN, How Can Something So Wrong Feel So Right?

Michael Gracey's anachronistic pop musical kind of makes you hate yourself for liking it. 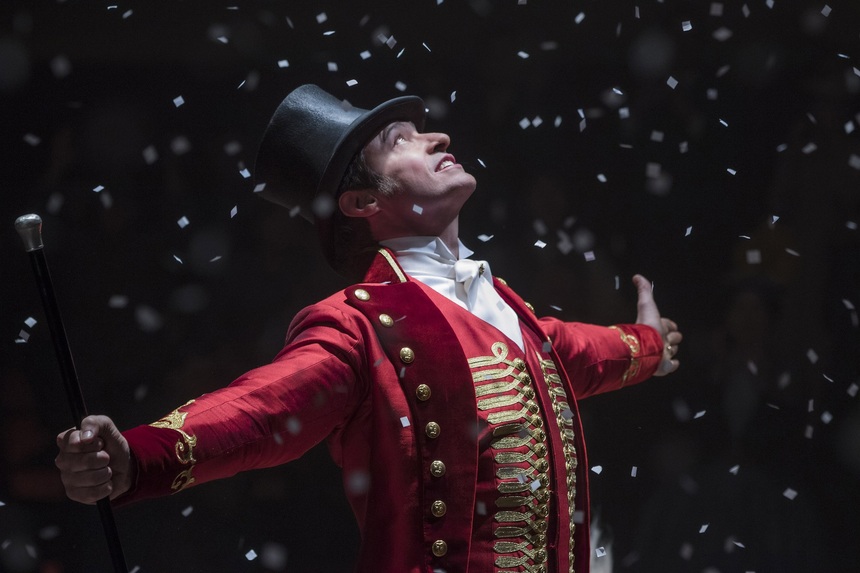 As Hugh Jackman’s P.T. Barnum starts selling the idea that using exaggerations, myths, and tall-tales as thinly-disguised truths are admirable, truth be damned. I couldn’t help but think about the “meta-ness” of it all. It’s as if Barnum was directly addressing the audience, telling us to indulge in the spectacle, forget realities for the sake of enjoyment.

For Michael Gracey's The Greatest Show, those realities are the total disregard of coherent plotting, non-frenetic pacing, and bare decent characterization.

But hey, the choreography is beautiful and the songs are really catchy!

True to its subject matter, the film doesn’t try to hide as a piece of biographical history. Instead, it embraces the myth-building of this father of modern entertainment, and it does this through the razzle and dazzle of Baz Luhrmann-esque productions and an anachronistic stomp-inducing playlist (music and lyrics by La La Land's Pasek and Paul).

In itself, these productions are impeccable. These individual elements compound to create beautiful, awe-inspiring set pieces — from seeing Jackman and Williams toss each other around rooftops under the night sky to Zac Efron and Zendaya’s death-defying trapeze act set to a power-pop ballad.   These scenes are inarguably good, goosebumps-inducing even (as it did to me, admittedly). And yet, the film falters in tying these musical vignettes together to create a narrative you could call coherent.

You can attribute this odd structuring to its being designed like a theater musical, but as a film it is odd and jarring.

The film is peppered with characters that rarely go beyond caricatures. You’ve got bigoted protesters and snobbish rich people as villains, protagonists with inexplicable motivations, and — ironic for a film that banks heavily on promoting how “special” their crew of oddities are — circus performers with barely anything to do.

The most prominent transgression of it all is the shoehorned romance between Efron’s wealthy scion turned Barnum partner Philip Carlyle and Zendaya’s Anne Wheeler who sort of find themselves in love and already on the rocks after a minute of their sights locking.

The missed opportunity to tackle interracial relationships in history is regrettable. This particular rushed relationship highlights the film’s huge problem in rushing its story.

To be honest, I’d rather see the movie as a visual album, trimming all non-sung dialogue in between the performance numbers and just letting imagination create the connective threads. I’d simply rather have none of it than the forced and flawed plottings they currently are.

The impact of The Greatest’s Showman’s lack of a nuanced and coherent storyline is a message that is not only generic but problematic as well.

The film tells us that turning off our brains is needed from time to time. Enjoying moments to escape the harsh realities and turning to comforts — in this case, spectacle, friends, and family — to insulate ourselves in a bubble.

For a family-friendly film in the 1990s, this might work. It’s the greater moral lesson of forgoing lofty ambitions for the true happiness that is in front of us. But we have to take a look at the implications, the journey to get there, in this film’s narrative.

In the case of The Greatest Showman, it’s accepting deceptions, passing them off as impertinent, and focusing the proverbial “good stuff.”

The film even goes to the extent of creating a critic character for there to be a discussion on the non-importance of reality if it makes people smile (and makes him rich in the process, lol). One can argue that, like the WWE or reality TV, people are in on it and see Barnum’s show as fake but entertaining.

The problem is, the film makes no such distinction, Barnum in unapologetic in his hoax-peddling and what’s worse is how the film takes a debonair attitude in showing Barnum's lies as not only bounded to his shows but to the people he “values” as well.

If Barnum has a proper comeuppance in the film, I could have given it a pass. But til its very end, the film sticks to very “Oh You Meme” approach. Barnum’s circus family even encourages him at the very end via a line like “Oh, don’t start being rational now!”

In a post-truth world with Mocha Usons and Kellyanne Conways, not only is this message problematic but dangerous even.

And don’t even get me started on the historical revisionism done on Barnum’s character.

In terms of entertainment, yes, I enjoyed The Greatest Showman more than how I sound above. It leaves me with an odd cognitive dissonance though as I play its soundtrack on the drive home. If any, it serves as my wake-up call on how pacifying the effect of good entertainment can be.

I can only hope that those who’ll be watching The Greatest Showman keep their ability to discern between the great entertainment the film provides and its (unintentionally, as I’d like to believe) insidious core.

More about The Greatest Showman