When one mentions Iranian cinema, the names that most often come to mind are such directors as the late Abbas Kiarostami, Jafar Panahi, and Asghar Farhadi. More knowlegedable aficionados may also be able to mention such filmmakers as Mohsen Makhmalbaf, Dariush Mehrjui, Mohammad Rasoulof, and Samira Makhmalbaf (daughter of Mohsen).

However, there's another acclaimed filmmaker that well deserves to be in the illustrious company of the directors I've mentioned above, but is undeservedly far less known. His name is Mehrdad Oskouei, a documentarian who's been making films since the late 1980s, and has won numerous awards for his work at home and abroad. His films since the 2000s have incisively interrogated Iran's patriarchy, poverty, and stark class differences, with a fine visual style that matches the power of his empathy toward the marginalized subjects of these films. His best known works are his trilogy set in a youth detention center on the outskirts of Tehran, consisting of It's Always Late for Freedom, The Last Days of Winter, and his finest work to date, Starless Dreams, set in the girls' wing of the prison, featuring often heartbreaking stories told by the women of how they ended up there.

Anthology Film Archives, with their retrospective "Documentary, Iranian Style: The Films of Mehrdad Oskouei," sets out to correct audience's lack of familiarity with his remarkable work with the most comprehensive survey of his films to date in the U.S. His major works, along with early shorts will be screened throughout the retrospective, which runs from February 23-28.

Below are my picks of particular highlights of the retrospective. For more information, visit Anthology Film Archives' website. 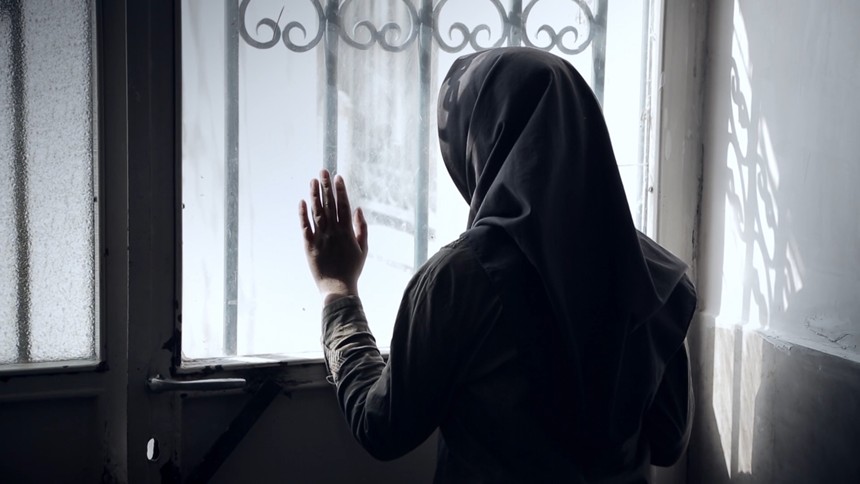 “The pain drips from the walls.” So says one of the subjects of Starless Dreams, one of the most emotionally moving and visually accomplished films of the past few years. Set in a young women’s juvenile detention center on the outskirts of Teheran, Iran, Oskouei has created a film with elegant simplicity and great power. Much of this power comes from simply listening to the harrowing stories the women tell on camera, gently prodded by the filmmaker’s off-camera queries.

The young women have been placed here for the same kinds of crimes that you’d hear of in any prison in the world: prostitution, drug use, armed robbery, carjacking, murder. But what’s heartbreaking about these particular women’s stories, is how abuse from their families, and society’s failure to protect them from this abuse, has placed them where they are now. The euphemism “bothered” comes up frequently in Oskouei’s questioning, as in “Has anyone bothered you?” This refers to sexual abuse, which many of the young women testify to, always at the hands of family members. Besides rape, they’ve been burned, forced to sell drugs on the street, beaten, chained, endured having parents addicted to drugs, and many other degradations. It’s no wonder that one of these young women, feeling cast off and abandoned by those who should have cared for her, and by society at large, refers to herself as “Nobody.”

But it’s not all a simple litany of misery. The camaraderie and the bonding between the young women, who laugh and cry with each other, play games together, and are generally supportive of each other, come through as strongly as their pain. They’re still able to laugh and joke with other, and even with the filmmaker, as they mock being interviewed by him. This prison also functions as a shelter from terrible families and a hostile society, so being released and being forced to go back to the circumstances that placed them there in the first place, is not often a happy prospect.

The film is set in winter, close to New Year’s; the ice and snow form an appropriate visual backdrop to the desolation of these women’s lives. However, this extraordinary and deeply compassionate film leavens their sad existences by giving them a voice, and allowing them to express their pain, a right which so many around them have denied them. 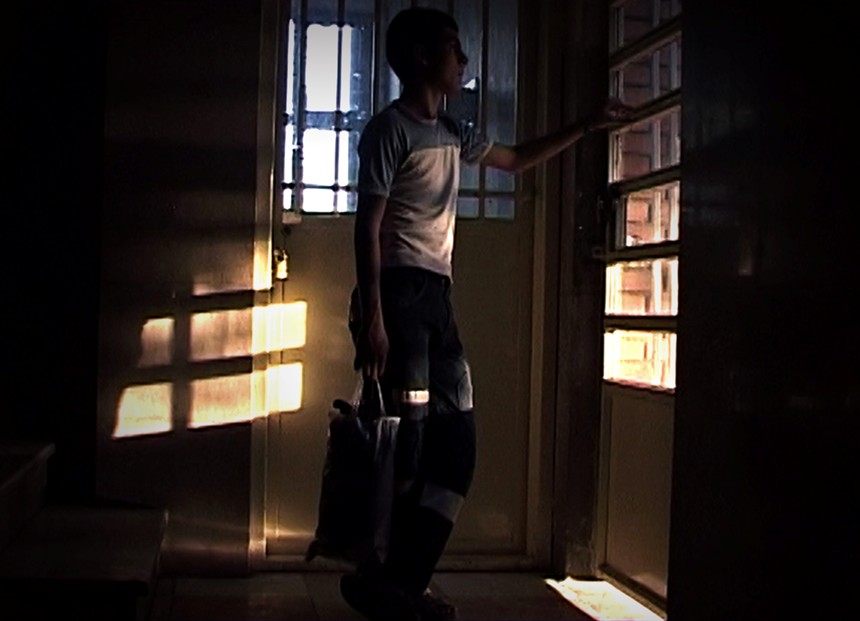 This first film of Oskouei's trilogy set at the Center for Correction and Rehabilitation of Young Adults - a juvenile prison located on the outskirts of Tehran - sets the template for the other two films, which he would refine with increasing emotional and aesthetic power, culminating in the final film Starless Dreams, set in the prison's wing for young girls.

Though there's a rather startling early scene of a young boy going through a violent bout of drug withdrawal, the rest of the film doesn't show us anything quite this extreme. The boys befriend, play with each other, and watch soccer matches, but these activities barely mask the deep sadness and despair they reveal to Oskouei, prodding them with questions asked off-screen (a methodology he employs throughout the trilogy).

The boys mostly lament, and express the pain of, being torn from their families, a pain increased by some of them not receiving visits during their incarceration. Though we see some being released, their fates on the outside - and possible return to the facility - is very uncertain. The boys' recurring cycles of incarceration is embedded in the film's structure, which begins and ends with the ritual of head-shaving and showering that greets the newest inmates. Though Oskouei by necessity often films his subjects in small, tight spaces, the effect is not claustrophobic; rather, this enhances the intimacy of their connection with the patient, observant director who films them with unfailingly precise framing. 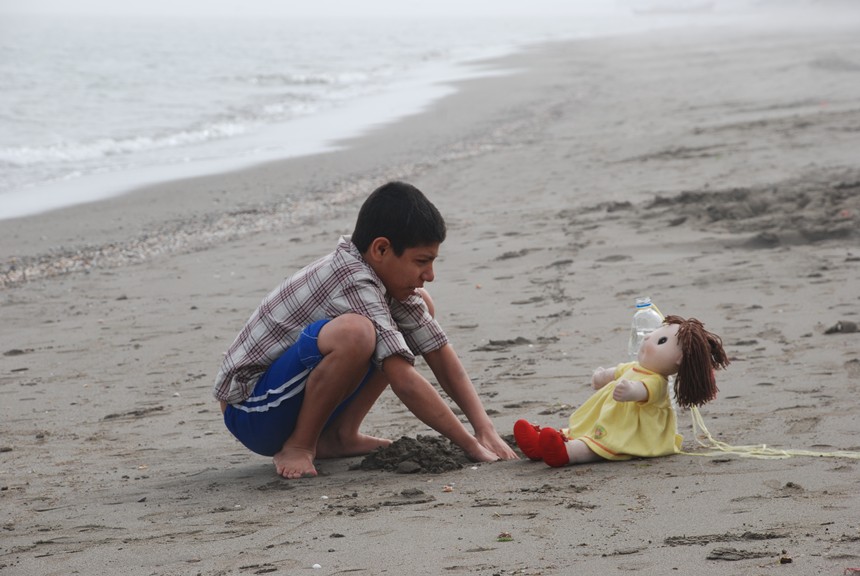 "I'm not afraid of death. I'm afraid of life." So says one of the young incarcerated boys featured in The Last Days of Winter, the second film of Oskouei's juvenile prison trilogy. This is a rather shockingly despairing statement to come out of the mouth of a young teenage boy; like most of the others in the film, he was a drug addict sent to prison for stealing to support his habit. The boys have been driven to their fate by broken, poverty-ridden home environments, some of them raised by adults who are addicts themselves.

The film prominently features the boys conducting a mock-arrest and trial - sadly revealing their intimate knowledge of the criminal justice system - and a Caspian seaside excursion the boys take outside the prison. As they laugh, weep, and otherwise reveal themselves before Oskouei's camera, both their feelings of hopeless yet remarkable resiliency comes powerfully through, Oskouei's framings lending them deep sympathy and dignity. "Children, wake up," are the last words heard in the film; no doubt the confined souls so memorably depicted here all hope one day to wake up to a much better reality. 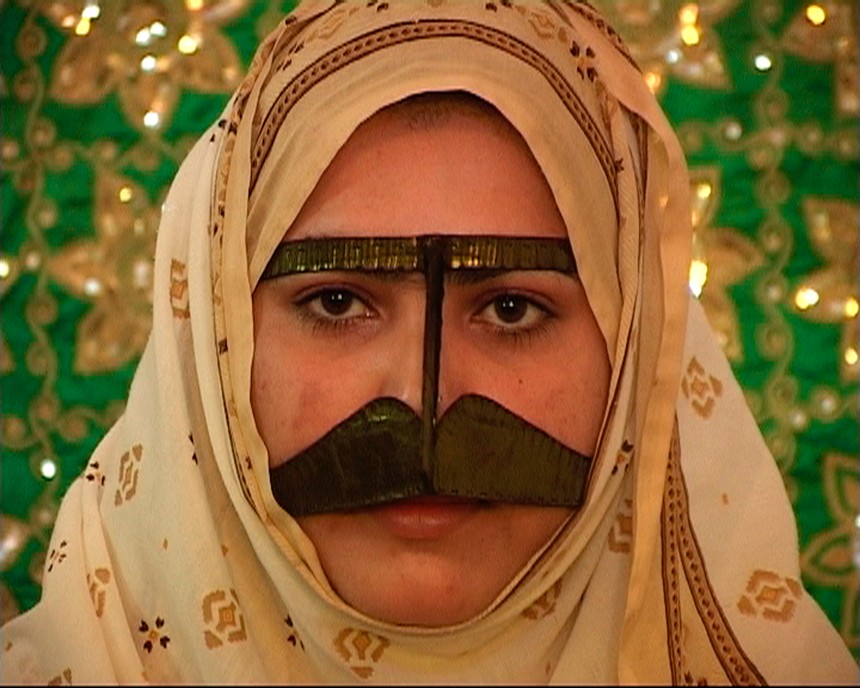 This is a powerful indictment of patriarchal oppression of women, so much so that one marvels that it managed to get past Iranian censors. The film is set on the island of Qeshm, off Iran's southern coast, among a strict Arabic community of African descent, where all the women are required to wear a "burka," which is a mask colored black or gold, which covers half their face.

The film explores a rash of suicides among the women on the island, in particular one named Samireh, who hung herself from a ceiling fan with her scarf. Although the grieving husband visibly cries and mourns over his dead wife, he reveals the particular way men regard women here, which suggests what may have driven Samireh to suicide. He likens women to shoes, which can be easily discarded and replaced, but despairs of what will become of their children.

Most of the rest of the film gives voice to women who reveal the myriad ways their lives are like a prison, having to marry as young teenagers to arranged spouses they feel no love for. Their fates are basically locked in very early in life, and they must marry and become pregnant before they even fully understand what those words mean. Their freedom of physical movement are often constricted by their husbands, who confine them to a narrow area centered around the home. Many of the women are sympathetic to the economic privations and stresses that exacerbate their controlling behavior, but they despair for the lack of freedom this entails for them.

Late in the film there are powerful images of the "zaar," a religious ceremony that looks similar to an exorcism, which affords these women their only outlet to express the pain, and probably rage, they must feel inside. Oskouei's camera, which often frames the women's faces in the center of the frame, wearing their restrictive burka, in a way that, despite the clear evidence of their oppression, comes across here as confrontational and defiant.