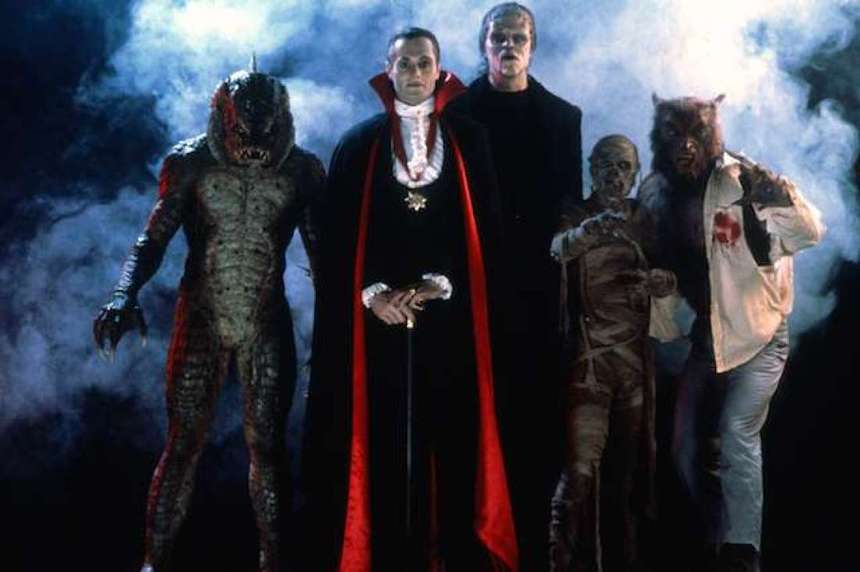 Chattanooga Film Festival was unleashed its first full wave of titles for 2018. Based on this new announcement, there is a lot of to be excited about.

Newly announced world premieres include: Wolfman's Got Nards, a doc about the cult film classic Monster Squad; Icepick to the Moon, a doc about the musical madman Rev. Fred Lane, whose demented song The French Toast Man has haunted many impressionable minds over the years; and All the Creatures Were Stirring, a new feature film from Rebekah McKendry and David Ian McKendry.

Other first wave highlights include Ghost Stories, Mohawk, The Devil & Father Amorth, Revenge and a retro screening of the Shaw Brothers classic King Boxer aka Five Fingers of Death.

Finally, the fest has also announced a slew of special events including a lecture by Joe Bob Briggs on The History of Exploitation Cinema, a Paperbacks From Hell event with Grady Hendrix and a special live episode of the popular Shock Waves podcast.

The full list of first wave titles along with official synopses is provided below.

New kid Kai is talented but adrift, spending his days sulking and isolated in a small fishing village after his family moves from Tokyo. When he demonstrates a proficiency at making music on his synthesizer, his classmates invite him to join their nascent garage band, but their practice sessions soon bring an unexpected guest: Lu, a young mermaid whose fins turn to feet when she hears the beats, and whose singing causes humans to compulsively dance - whether they want to or not. |Trailer

Exploring the pre-fame years of the celebrated American artist Jean-Michel Basquiat, and how New York City, its people, and tectonically shifting arts culture of the late 1970s and '80s shaped his vision. | Clip

Arch skeptic Professor Phillip Goodman embarks upon a terror-filled quest when he stumbles across a long-lost file containing details of three cases of inexplicable 'hauntings'. | Trailer

The sordid lives of an addict, an ex-con, and a luchador collide when an organ harvesting caper goes very, very wrong. | Trailer

A theater director's latest project takes on a life of its own when her young star takes her performance too seriously.

A look at the life and work of Justice Ruth Bader Ginsburg.

Never take your mistress on an annual guys' getaway, especially one devoted to hunting - a violent lesson for three wealthy married men.

An aging, former movie star is forced to face the reality that his glory days are behind him. On its surface THE LAST MOVIE STAR is a tale about faded fame, but at its core, it's a universal story about growing old. | Trailer

A documentary comprised entirely of footage from dashboard cameras from Russian cars. | Trailer

A feature length documentary about strip-mine crooner, Rev. Fred Lane, and the Raudelunas arts collective of Alabama in the Seventies.

This heartfelt documentary explores the power of cult film told through the lens of the 1987 classic The Monster Squad and the impact it has on fans, cast and crew, and the industry.

ONE SINGS, THE OTHER DOESN’T | Director Agnès Varda

ONE SINGS, THE OTHER DOESN’T (L’une chante, l’autre pas) is a feminist musical—with lyrics by the director—about the bond of sisterhood felt by Pomme and Suzanne throughout years of changes and fraught relationships with men.

A team of seven researchers has developed a software capable of predicting the evolution of common physical events. The final test, the prediction of the exact number of fragments caused by the fall of a glass, was a success. Interested by these results, the mysterious Professor Cornelius invites the working team in his isolated mansion on a deserted island, hiding his true intentions. As time passes, the team will lead to paradoxical situations in a growing tension that will not only test their nerves but also one of their certainties: the free will. | Trailer

Late in the War of 1812, a young Mohawk woman and her two lovers battle a squad of American soldiers hell-bent on revenge. | Trailer

When an awkward date on Christmas Eve leads a couple into a strange theater, they're treated to a bizarre and frightening collection of Christmas stories, featuring a wide ensemble of characters doing their best to avoid the horrors of the holidays. From boring office parties and last-minute shopping, to vengeful stalkers and immortal demons, there's plenty out there to fear this holiday season.