TRAVELERS: Take A Look At The Creation Of The Score For The Hit Series 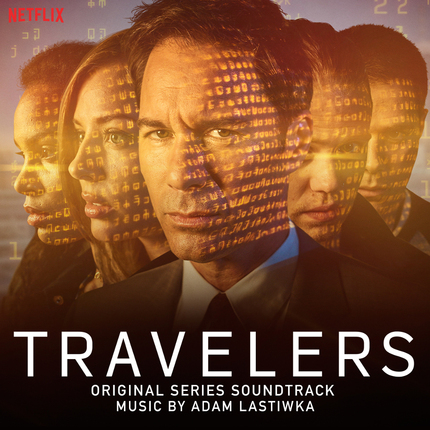 The second series of hit scifi series Travelers is freshly available on Netflix worldwide and with the arrival of these new episodes the fine folk at Lakeshore Records are releasing composer Adam Lastiwka's score for the shore today. And if you've ever wanted an inside look at how a composer approaches creating the distictive sound of a series like this, well, we have exactly that for you with an exclusive behind the scenes look at the creation of the score.

Check out the announcement of the score's release below for more details and then the video down below that!

Lakeshore Records To Release the

FBI Special Agent Grant MacLaren (Eric McCormack) and his team of time-travelling specialists attempt to navigate their 21st century lives while tasked with the mission of saving the future from a dystopian existence. The Travelers face their most difficult obstacles yet, including the Faction, a deadly virus, and a mysterious new Traveler (Enrico Colantoni), all while continuing to live the everyday lives of the present-day host bodies over which they’ve taken. Along with McCormack and Colantoni, Travelers features an all-star Canadian cast including MacKenzie Porter, Patrick Gilmore, Jared Abrahamson, Nesta Cooper, and Reilly Dolman.

Adam Lastiwka is a prolific composer for film and television based in the mountains of the Pacific Northwest. He is best known for his work on the globally renowned Netflix series Travelers from Stargate Creator and Writer Brad Wright, as well as the Emmy Nominated series Interrupt this Program.

Starting at the age of seventeen with a three-album record contract, Adam seated himself as a pioneer of the home-studio based recording movement, thriving within a complex and challenging industry. The raw, powerful, organic and unique arrangements he creates with his distinct musical palette garnered attention, at a very young age, from Producers and Directors worldwide, earning him a diverse range of internationally broadcasted series, and to this day has contributed music to more than five hundred (and counting) episodes of television, documentaries, feature films and advertisements.

His fresh, unique and collaborative approach to scoring and composition always lends itself to a heightened final product in whatever context he’s working. Adam believes in delivering the most custom tailored scores to all of his clients, and in keeping with that goal, he has dedicated himself to learning the widest variety of musical instruments from all corners of the globe. While he is definitely an advocate of technology and is happy to utilize it in his productions, the artificiality and staleness it can yields, as well as the lack of personalization to the client has made him utilize it only the most transparent capacity that is necessary.