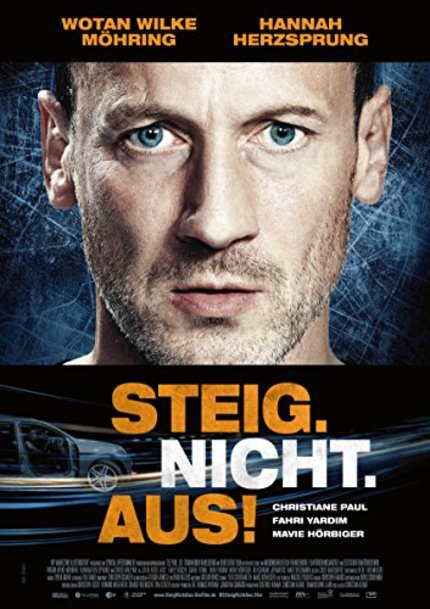 The German film industry is not generally one that particularly supports commercial genre filmmakers, a reality that makes director Christian Alvart very much an outlier. The director of Antibodies and Pandorum, Alvart very much loves to play in the world of dark, genre oriented material and he's in that familiar territory with his upcoming thriller, Don't Get Out (Steig Nicht Aus).

Taking his kids to school with the car, Berlin real estate developer Karl gets a call from a blackmailer: If he doesn’t pay up, the car will blow up. A deadly race against time begins.

The premise here is a simple one, which means it all comes down to execution. And that looks very solid in the freshly released trailer. Alvart fills a lot of roles here - he's also credited as writer, producer and as his own camera operator - and while time will tell how he does on the story side the technical end of things is rock solid. Take a look below.