Check Out The First Footage From MUKKABAAZ (THE BRAWLER), The Latest From Anurag Kashyap 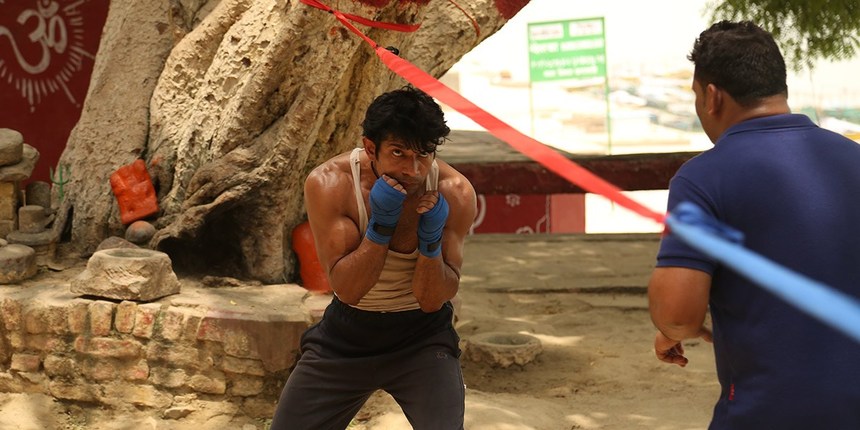 Indian indie superstar Anurag Kashyap is back after his festival hit Psycho Raman with a brand new, slighty more polished and less grimy looking film, Mukkabaaz (The Brawler). The film premiered at the Toronto International Film Festival in September and has already made numerous festival stops around the world with many more to come. The film is scheduled for a January domestic release in India, and to get the party started, the team have released the first song from the film with a video that acts as a de facto trailer for those able to pay close attention (and speak a little Hindi).

Mukkabaaz centers around a poor boxer named Shravan, played by Vineet Kumar Singh, who falls in love with a mute girl named Sunaina (Zoya Hussain) who is out of his class. When Shravan crosses the local big shot of the boxing federation, he essentially gets himself blackballed from competing at higher levels, but his trainer Sanjay (Ravi Kishen) isn't willing to take this moral defeat laying down. So begins Shravan's battle for victory over the forces of prejudice and corruption, thr journey from brawler to boxer.

As is typical of a lot of Kashyap's best work, much of the main cast is relatively unknown outside of a few minor roles. However, Shravan's nemesis, Bhagwan Das Mishra, is played by Bollywood veteran Jimmy Shergill who gives a chilling performance as the gateway through which the titular Brawler must pass on his way to success.

The music comes from Indian electronic artist, Nucleya, who provides a driving dance track with some interesting traditional Indian instrumentation to augment the sound. As there is no proper trailer as of yet, let this be your guide and your first look at Mukkabaaz, releasing January 12th.

More about The Brawler