Under the starry sky of the Politeama Rossetti theatre's gorgeous ceiling Méliès' wild sense of invention, humor, and fascination with the moon and lunar landscapes were as evident as his fondness for special effects. His wordless masterpieces rendered the audience speechless once more.

Read on for the full press release below:

The European Fantastic Film Festivals Federation (EFFFF) is pleased to announce the winners of the 21st Méliès d'Or competition for European fantastic film.

The Méliès d'Or ceremony took place on 3 November in Trieste, and was hosted by the ScienceplusFiction festival. It marked the culmination of a unique cycle of ongoing competitions held by 16 members of the EFFFF in 11 European countries, during 2016/17. The winning films (see below) were awarded a Méliès d'Argent and a nomination for the 21st Méliès d'Or competition.

Founded in 1987, the EFFFF has become the worlds largest festival network with 22 film festivals from 17 countries and a global reach of more than half a million of visitors, making it a vital player in the promotion of European genre cinema, both in Europe and abroad. The goal of the EFFFF is to promote European fantastic film productions by enhancing their visibility and standing with both the public and industry. The Méliès competition was launched in 1996 to help achieve these goals and has been one of the principal activities of the Federation since that date.

The 8 nominees for the feature Méliès d'Or were:

Awarded at the Imagine Film Festival, 2017

The 17 nominees for the short Méliès d'Or were:

Getting Fat in a Healty Way

Awarded at the Imagine Film Festival, 2017

The Absence of Eddy Table

Awarded at the Haapsalu Horror and Fantasy Film Festival, 2017

Under the Apple Tree

Awarded at the Grossmann Fantastic Film and Wine Festival, 2017

The Reflection of Power

Awarded at the Court Metrange Festival, 2016

Awarded at the San Sebastian Horror and Fantasy Film Festival, 2016

Of Shadows and Wings 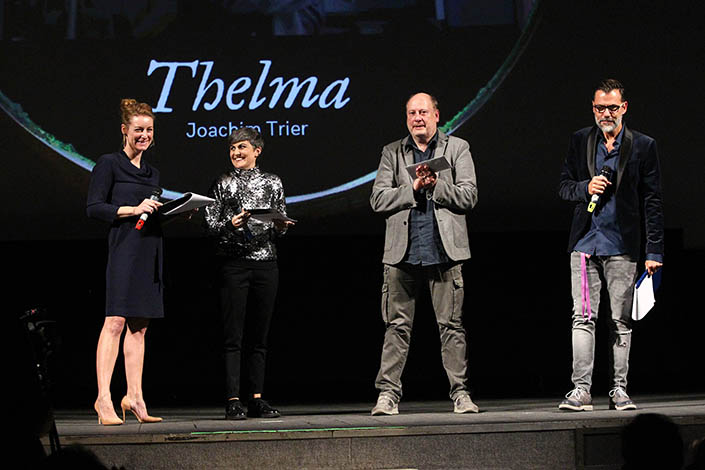 Do you feel this content is inappropriate or infringes upon your rights? Click here to report it, or see our DMCA policy.
ExpireJoachim TrierMagali MagistryThelmaTrieste Science + Fiction Festival