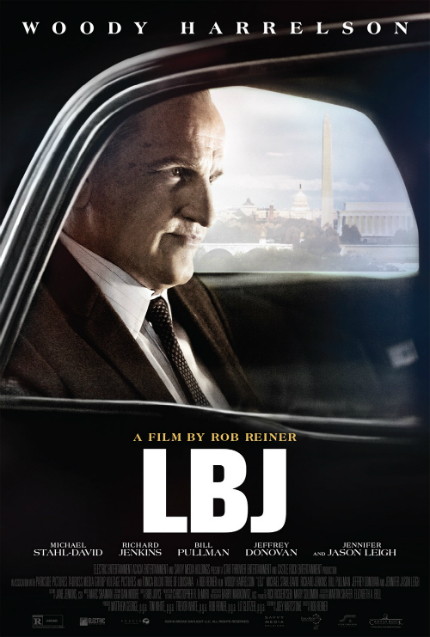 Now in the autumn of his entertainment career, Rob Reiner has proven himself to be a more than capable filmmaker over the past three decades.

His early films -- from This Is Spinal Tap (1984) through to A Few Good Men (1992) -- helped to define an era that endorsed smart entertainment for adults. After stumbling with North (1994), he snapped back with The American President (1995); thanks in large part to Aaron Sorkin's crisp, timely original screenplay, the film caught the tenor of the times with a seamless blend of comedy, drama, romance and politics.

Since then, Reiner has struggled to recapture the magic of those earlier times. Other than the financial success of The Bucket List (2007), a big-screen sitcom, his recent films tend to quickly fade from memory. There's nothing particularly wrong about The Magic of Belle Island or And So It Goes, but the material simply doesn't soar above the average. They are made with professional craft, yet more closely resemble episodes of a television show on a niche cable channel that time has passed by.

Coming on the heels of last year's sharply scripted All the Way, which starred Bryan Cranston as Lyndon Baines Johnson as he became U.S. President after the assassination of John F. Kennedy, LBJ feels very much like a rerun, covering roughly the same time period.

It feels like a fairly rote historical drama, given a respectful treatment. No doubt there were good intentions all around, and the running time is kept as brisk as possible, but it still feels like a book report.

LBJ begins with the fateful day in November 1963 when JFK was shot, showing events from the point of view of Johnson -- portrayed with enthusiasm and thick makeup by Woody Harrelson -- and then uses that as a framing device for the first third of the film, rewinding to 1959 to show how Johnson came to join Kennedy's administration. Johnson was majority leader in the U.S. Senate and thus wielded a fair degree of power in that legislative body.

As the film tells it, Johnson longed to be U.S. President himself, but even more than that, he wanted people to like him. Despite that personal desire, which he expresses to his wife Lady Bird (Jennifer Jason Leigh) in an intimate setting, he certainly doesn't act like he wants anyone to like him. He is pugnacious with his colleagues and demanding of his subordinates.

According to historians, Johnson got things done in the Senate, but once he ended up as Vice President to Kennedy, he had to fight to even be recognized, with most of his battles contested with Robert F. Kennedy (Michael Stahl-David), the President's younger brother and Attorney General, and Senator Russell (Richard Jenkins) from Georgia, depicted as a stern racist.

These are all shortcuts, of course, to give some flavor to Johnson's work, as well as a sense of the obstacles he faced in his first great victory after Kennedy's assassination, the passage of the Civil Rights Act. Constricted as LBJ is, though -- it runs barely 98 minutes -- we're reduced to nodding at the highlights and awaiting something to jar us out of the rudimentary vibe that is established early and reinforced often.

Once again, Rob Reiner has delivered a pleasant movie that never becomes a compelling experience. Woody Harrelson's energy never flags, though, and he is certainly fun to watch as he conveys a good-hearted presidential impersonation.

Do you feel this content is inappropriate or infringes upon your rights? Click here to report it, or see our DMCA policy.
Jennifer Jason LeighLBJLyndon Baines JohnsonRob ReinerWoody Harrelson