DOC NYC, the largest documentary featival in the US, returns for its 8th edition, running from November 9-16, and screening at IFC Center, SVA Theatre, and Cinepolis Chelsea. This year's slate includes well over 100 features, and includes new works by veterans such as Errol Morris, Barbara Kopple, and Sam Pollard, as well as newer talents.

The festival opens with The Final Year, Greg Barker's document of the last few months of the Obama administration, and closes with Eric Clapton: Life in 12 Bars, Lili Fini Zanuck's look at the life of the rock legend, who will appear at the screening. New sections have been added to the lineup, adding to the wide range of featured subject matter, ranging from current political and social issues, to music, film, and performing arts, as well as New York-centric documentaries.

Below are my picks of some of this year's must-sees. For more information on these and other films, and to purchase tickets, visit DOC NYC's website. 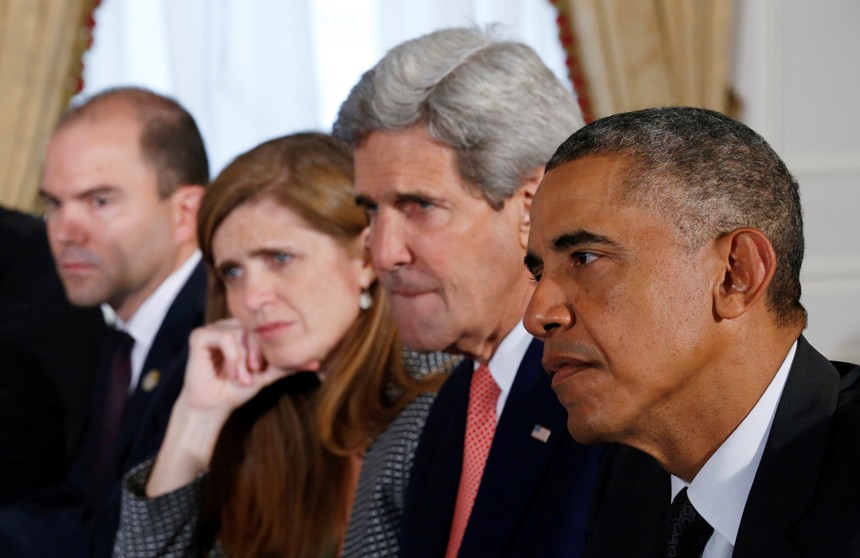 This fascinating, and - if you're of the progressive political persuasion - sadness-inducing film follows the Obama administration's last few months before the presidential election, as they pursue their global policy goals and try to cement Obama's legacy. This story is mostly told from the perspectives of three key figures: Secretary of State John Kerry, UN Ambassador Samantha Power, and speechwriter and communications advisor Ben Rhodes.

As the film accompanies Obama and his team in their visits to 21 countries, the poignancy grows with our awareness that the passionately pursued diplomacy they tirelessly worked toward would soon be undone. Rhodes' literal speechlessness after Trump's election of victory is one of the most memorable moments, echoing the despairing ending that surely the film's participants, filmmakers and subjects alike, hardly anticipated. 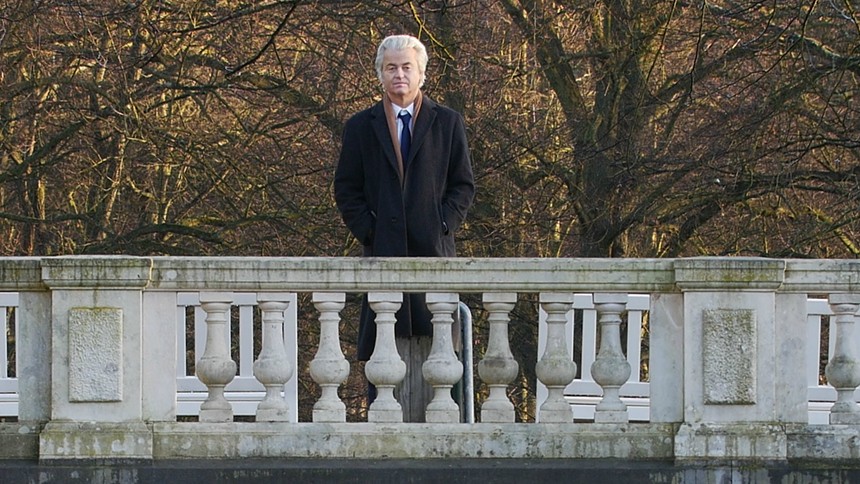 The title says it all. Meet Geert Wilders, the notorious, and disturbingly popular, Dutch politician, a self-styled populist and anti-establishment figure with a signature hairstyle, a propensity for inflammatory tweeting, a rabidly anti-Muslim stance, and a hatred for the media. All of which should be very familiar to folks in the US.

Morse and Hampson make great use of their unprecedented access to Wilders, who is under 24/7 armed protection and who wears a bullet-proof vest when out in public because of the constant death threats aimed towards him. The film charts Wilders' rise to power and his evolving political positions; his stance on Islam and Muslims wasn't nearly as extreme as it is today, for example. In his frequent direct addresses to the camera, where he often participates in word-association exercises with the filmmakers, he actually comes across as humorously affable, and hardly as monstrous as his racist rhetoric.

This film, however, doesn't allow itself to be taken in by Wilders' charming persona on camera, however. It points out the chilling, and ironic, fact that despite Wilders' and Trump's ultra-nationalist positions, they and other right-wing leaders around the world - e.g. Marine Le Pen in France and Duterte in the Philippines - admire and gain inspiration from each other, forming a global movement aspiring to power and fueled by the worst aspects of human nature. 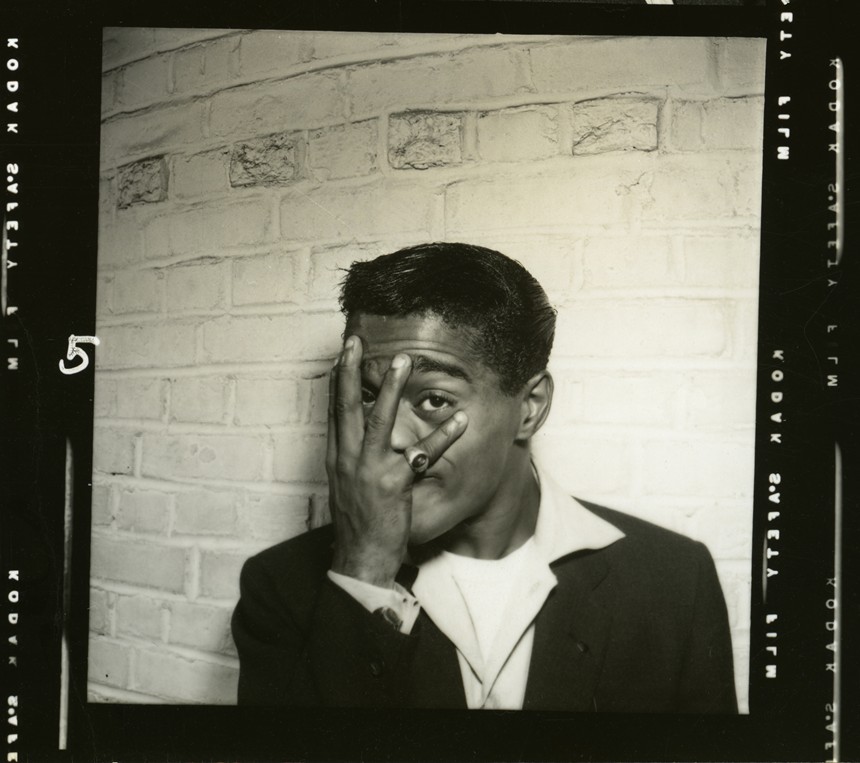 The prodigiously talented Sammy Davis, Jr. was the total entertainer: he sang, danced, acted in energetic comedies and intense dramas, and did impressions, all with equal aplomb and effortless brilliance. Davis was also an often controversial and divisive figure, always following his singular trailblazing path, and running afoul of both white racists and the greater black community.

Pollard has created an extraordinary film about an extraordinary figure, one which weaves amazing footage of Davis, as well as interviews with his friends, colleagues, and admirers, as well as cultural scholars, to vividly illustrate how this unique and contradictory figure was an apt reflection of the racially and politically divided country in which he lived and performed. 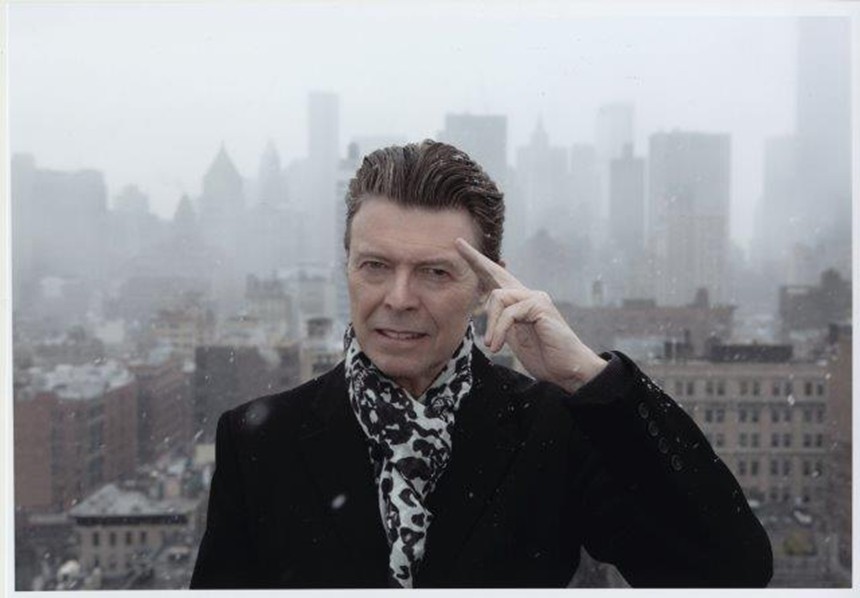 As fine as Whately's simultaneously elegiac and celebratory film is, many of us, myself included, wish it didn't have to exist. A follow-up to Whately's earlier film David Bowie: Five Years, which documented Bowie's career in the first half of the 70's, establishing his chameleonic artistic personae, this new film charts the secretive creation of his final two albums The Next Day and Blackstar.

Bowie's last tour in 2004 ended with him suffering a heart attack after a show and ending the tour, after which he began a public silence and a seven-year absence from the recording studio. Bowie began the process of breaking his silence by reassembling his band from his last tour and recording, in strict secrecy, the songs that would become The Next Day, one of his finest albums, which simultaneously looked backward and forward, marrying Bowie's vintage sound with an urgently contemporary outlook.

David Bowie: The Last Five Years weaves Bowie's own words with recollections from his musical collaborators, often going into great detail into how the songs were constructed. It's a moving tribute to the enduring genius and artistry that marked Bowie's inimitable life and work. 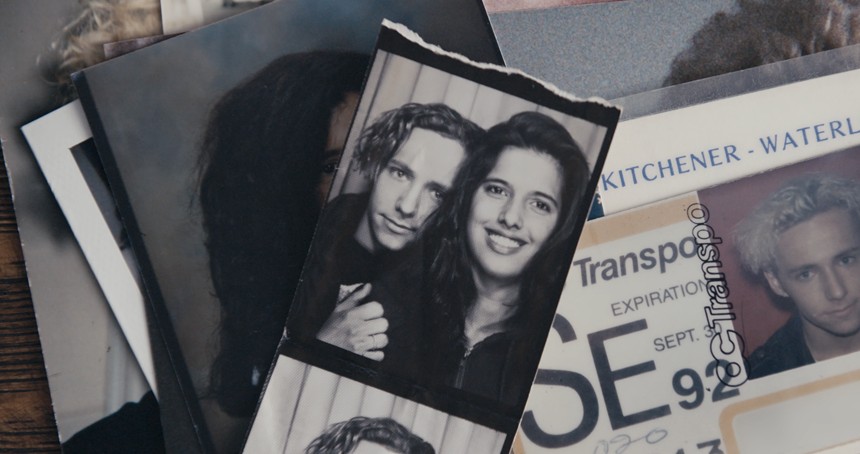 This very personal and painfully intimate film examines in brutal detail the lasting trauma of domestic violence via a unique experiment. Co-director Khan asks Steve, a boyfriend she left 20 years before, to talk with her on camera about the verbal abuse and horrific physical abuse he visited upon her during their relationship. Sometimes in the presence of a therapist and sometimes just between themselves, they revisit the places where they lived and discuss the violence that occurred in their relationship.

In scenes of sometimes hard to watch detail, Khan tries to get Steve to acknowledge the effect of his violence on her, many aspects of which Steve claims to not remember. This dissection of the past is part of a process of healing for them both, and Steve remarkably emerges as less of a monster than as a damaged person himself, whose pain and rage unfortunately caused him to lash out against the ones closest to him.

In light of the current conversations now happening about men's awful and unconscionable behavior toward women, A Better Man is an urgently necessary work that doesn't just lament this problem, but points the way towards solutions and reconciliation. 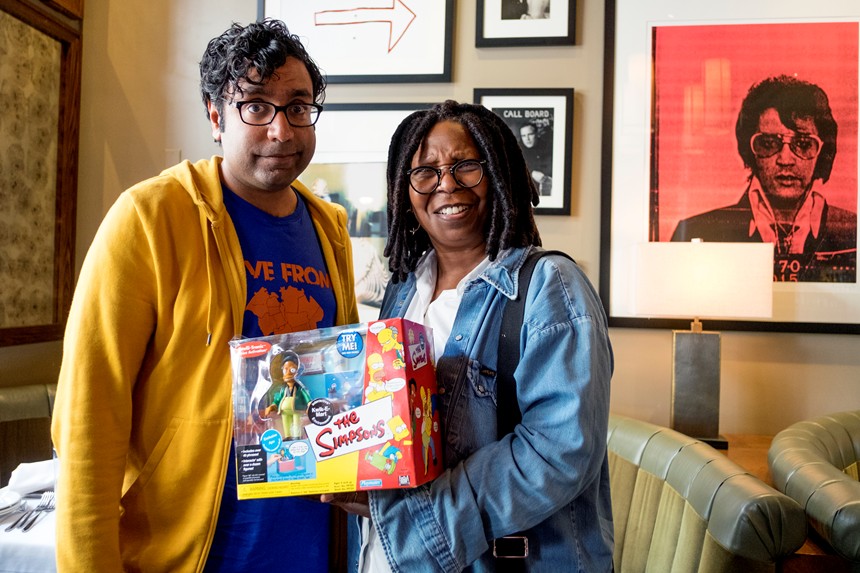 THE PROBLEM WITH APU (Michael Melamedoff)

This breezy and very funny documentary, set to air as an hour-long special on truTV, follows south Asian comedian Hari Kondabolu as he confronts the bane of his existence: The Simpsons character of convenience store owner Apu, an offensively stereotypical portrayal voiced by white actor Hank Azaria. For Kondabolu, the lack of any other representation of south Asians on television, as well as how Apu would be referenced by those hurling racial insults at him, intensified the harmfulness of this character. Being a fan of the show made this situation complicated and conflicted as well as painful.

Kondabolu talks to fellow South Asian actors and comedians such as Kal Penn, Aasif Mandvi and Hasan Minjaj to get their perspectives on how this character affected them, as well as trying to interview Azaria. This is a hilarious exploration of issues of race, media representation, and the sadly persistent nature of stereotypes in this supposedly more enlightened and "woke" era.