THEY REMAIN Trailer: In the Woods With Unspeakable Horror 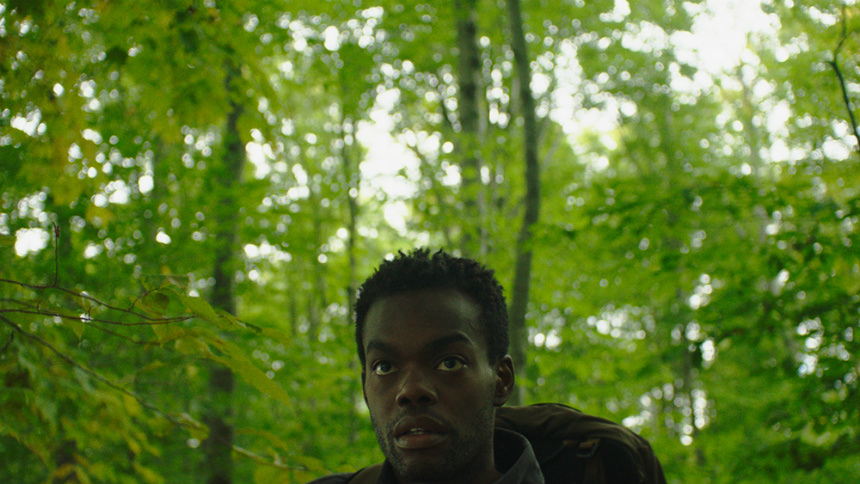 It can be difficult to process the enormous tragedy of real-life horror. Sometimes, small relief can be gained from losing oneself in the fictional variety.

This is how I felt while watching the trailer for They Remain, a film that will make its world premiere at the H.P. Lovecraft Film Festival in Portland on Saturday, October 7, ahead of a theatrical release. The trailer is strange and mysterious, featuring a disturbing sound mix, which adds up to an intriguing mixture.

Quoting portions from the official synopsis: "Based on the 2010 short story, -30- by award-winning author Laird Barron, They Remain explores the evolving relationship between Keith and Jessica, two scientists who are employed by a vast, impersonal corporation to investigate an unspeakable horror that took place at the remote encampment of a mysterious cult. ...

"The intensity of their work, and their extreme isolation, bring the pair closer. But, when Jessica discovers a mysterious artifact of unknown origin, the dynamic between them changes: secrets are kept, sexual tensions arise, and paranoia sets in. ..."

Do you feel this content is inappropriate or infringes upon your rights? Click here to report it, or see our DMCA policy.
Phillip GelattRebecca HendersonWilliam Jackson HarperPhilip GelattLaird BarronThriller

More about They Remain