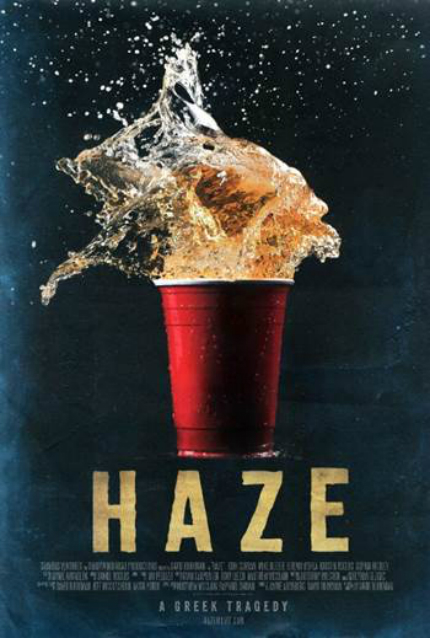 Fraternities and sororities remain steadfast at colleges in the U.S. The basic appeal of the Greek system has always escaped me; you've moved away from home, probably for the first time, so why not enjoy your freedom and independence?

Certainly, though, we can all empathize with those who seek friendship through an organized society. But in this day and age, can any young person simply choose to ignore the destructive potential inherent in the hazing rituals endorsed by some fraternities and sororities?

Based on his own experiences with the Greek system, David Burkman wrote and directed Haze, which follows a college freshman who wants to join a fraternity. Things go haywire when his older brother launches an anti-hazing crusade.

We have an exclusive clip (Not Safe for Work, due to profanity), which you can watch below, that digs into it further, presenting the two brothers at the heart of the story who establish their opposing sides in a brief, unplanned meeting.

Do you feel this content is inappropriate or infringes upon your rights? Click here to report it, or see our DMCA policy.
David BurkmanJeremy O'SheaKirk CurranKristin RogersMike BlejerSophia Medley