Made for television in the late 1970s, the slow-boiling, atmospheric film was especially important for director Wes Craven. 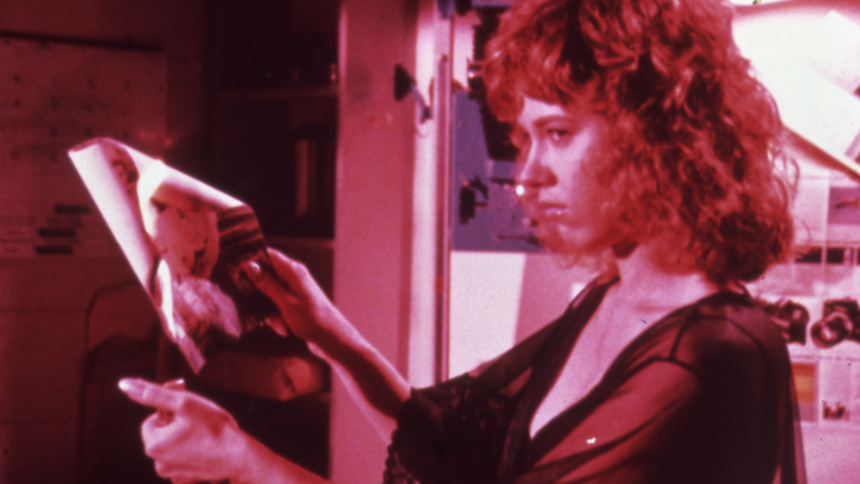 More than a fascinating curio, Summer of Fear (aka Stranger in Our House) showed that Wes Craven was a talented director and that Linda Blair could more than hold her own at the center of a dramatic film.

First broadcast on the NBC television network on October 31, 1978 as Stranger in Our House, the film was adapted by Glenn M. Benest and Max A. Keller from Lois Duncan's novel. The book was first published in 1976 and tells the story of a young woman named Julia (Lee Purcell) who comes to live with the her aunt's family after her parents are killed in an automobile accident.

The screen version is told through the eyes of Rachel Bryant (Linda Blair), a teenage girl who loves horses and is initially very receptive toward the idea of her cousin Julia coming to live with her family. Rachel is well-settled; she gets along with her parents, Tom (Jeremy Slater) and Leslie (Carol Lawrence), as well as her brothers, Peter (Jeff East) and young Bobby (James Jerrigan). She also has a boyfriend named Mike (Jeff McCracken), a horse trainer who has been helping her prepare for competition riding.

Julia's presence, however, upsets Rachel's calm, pleasant life. Her horse becomes extremely skittish when Julia arrives at the family home. Her brother Peter, her father, and her boyfriend all start to act just a bit different whenever Julia is around; she's like a dazzling new star that has entered Rachel's solar system, throwing off everyone's normal orbit.

It's not long before Julia has, in effect, taken over Rachel's entire existence. Rachel must stand by while Julia steals away boyfriend Mike's affections and then enchants the other members of the family, to the point that Rachel might as well not even exist. Naturally, Rachel is none too happy to be shunted aside, especially because she suspects that Julia is not quite the friendly newcomer she pretends to be.

Made for television, Stranger in Our House is presented as an all-ages drama, testifying to Wes Craven's ability to tell a straightforward story for the screen. The horror angles are quite subtle; we know that Rachel has correctly diagnosed that Julia does not mean well for her family, but there's nothing overt about Julia's behavior to signal this until quite late in the running time. Instead, Rachel acts on her hunches, which prove eerily correct.

Coming off The Last House on the Left and The Hills Have Eyes, Stranger in Our House is quite mild in content by comparison. Even with mostly daytime settings, a limited budget, and a shooting schedule of perhaps 18 days, however, Craven shows his developing craft, which is apparent through varied shot selections and camera movements, which makes for a very fluid and compelling experience. Film editor Howard A. Smith's vast experience -- more than three decades of episodic television -- also kept the pace moving, no doubt.

Craven also benefits from the presence of Linda Blair. Forever known as 'the little girl in The Exorcist,' she gave very strong performances in three television movies that followed -- Born Innocent, Sarah T. - Portrait of a Teenage Alcoholic, and Sweet Hostage -- before starring in Stranger in Our House. 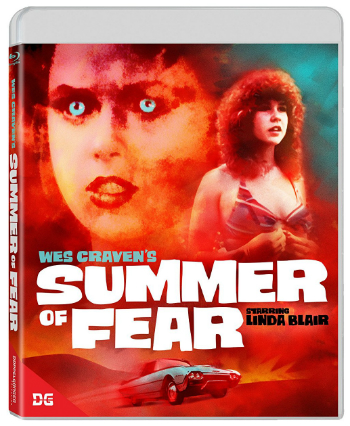 As a relatively ordinary young woman, she is extremely persuasive and sympathetic. Still just 18 years of age, she rails against her parents in a restrained, respectful fashion, only occasionally giving in to emotional outbursts, which flood out of her with increasing frequency. Mostly, she seeks to solve her own problems, even if no one else believes her; she refuses to be victimized.

A modest endeavor, Summer of Fear will likely be of greatest interest to devoted fans of Wes Craven who perhaps have not seen it yet -- including myself, still wondering why I never saw it when it was first broadcast on TV -- but Linda Blair's performance and the overall efficiency of the made for TV sub-genre are certainly selling points as well. I watched it twice in the past day, and it was a pleasure each time to soak into a film that peels back layers before a rotten core is exposed.

Now available on Blu-ray, courtesy of Doppelgänger Releasing, the film is correctly presented in 4:3 aspect ratio. A previous DVD, issued by Artisan, stretched it out to full-screen proportions. The new Blu-ray appears to use the same source material, which has not been restored, but still looks to be in good shape.

The Doppelgänger Releasing Blu-ray features a new, 13-minute interview with Linda Blair, in which she speaks about Craven and her fellow cast members with admiration. It's a good feature.

Interestingly, Blair and writer/producer Max A. Keller have different recollections of how she came to the project. Blair says that 'her people' knew that combining Craven and her would be a good selling point.

As heard on the audio commentary with Wes Craven, ported over from the previous DVD edition, Keller says that Blair was attached to the project first, which prompted NBC to greenlight it; after that, on the recommendation of an associate, Keller watched Craven's films, recognized his talent, and offered him the job. Craven still had to be approved by various executives, who were appalled by his work but, again, saw his potential.

The audio commentary is well worth a listen. Craven and Keller went on to make Deadly Blessing together, and their genuine, longtime friendship comes through on the commentary; Craven is relaxed and jokes throughout. Craven notes that this was his first film shooting on 35mm, and he credits director of photography William K. Jurgenson for all his help. He also acknowledges the importance of the film to his career, showing he could work within the studio system as needed -- which even he wasn't sure if could do.

The two men also highlight the presence of Fran Drescher, making her film debut -- she would go on to TV stardom on The Nanny in the 1990s -- and speak about all of the actors with appreciation for their talents, also crediting stunt coordinator Mickey Gilbert and a stuntwoman who did a heart dropping stunt with a horse.

The Blu-ray also includes a photo and poster gallery (13 images in all) and the original theatrical trailer for the film, released widely as Summer of Fear in international territories.

Much better than I expected, the new edition of Summer of Fear is a good investment for anyone who loves all-ages horror and/or Wes Craven. And beware distant relatives seeking shelter in your midst, especially if you haven't seen them in 10 years.

Do you feel this content is inappropriate or infringes upon your rights? Click here to report it, or see our DMCA policy.
Blu-rayhorrorLee PurcellLinda BlairTV movieWes Craven